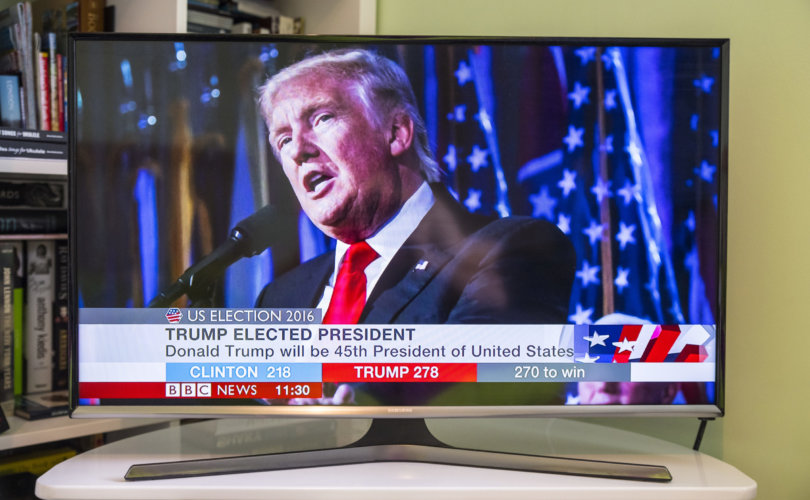 July 25, 2017 (LifeSiteNews) — Donald Trump’s decision to brawl with the media in a fashion unprecedented in modern American history has resulted in a distinct divide in the conservative movement. Some figures, such as the National Review’s David French and The Daily Wire’s Ben Shapiro, accurately point out that Trump’s infantile name-calling is unpresidential and rather embarrassing. Others, as Shapiro admitted in a recent column, have become so fed up with the media’s overt bias and brazen contempt for those who fall outside of the current strains of progressive thought that they revel in Trump’s willingness to “fight back.”

I tend to agree with French and Shapiro, although with caveats. I think there is a fundamental difference between “freedom of the press” and politicians calmly standing by while media opponents torch their careers, mock their intelligence, and smear their reputations. George W. Bush’s refusal to respond to eight long years of being called stupid (and far worse) is a testament to his character and his respect for the dignity of the office, but I’m sure I’m not the only one who would have thoroughly enjoyed a scathing response every now and again. But there’s another story that’s being missed here: The reasons that those on the right side of the spectrum don’t care that Trump is attacking the media, regardless of how ridiculous it all sometimes seems.

The executives at CNN might find it bewildering that millions of Americans revel in the president referring to them as “fake news” and tweeting memes about them, but that’s because they don’t realize that a sizeable percentage of the American population sees the media as the opposition. Even those who don’t think Trump should be taking time out from, you know, being president to go after some snarky journalist don’t really care that the media is being attacked because most of them think the media has had it coming for a long time. Let me explain with a few examples:

In short, Trump supporters and many others on the right side of the political spectrum don’t see the media as an essential part of a healthy democracy. They see the media as a PAC running cover for the Democrats, pushing progressive ideology, and demonizing those who can’t keep up with the lightning-fast pace of the ever-moving Sexual Revolution. They don’t expect the media to represent their interests, accurately tell their stories, or understand their motives. Thus, when a political figure emerges and publicly says what many of them having been saying for years — that Buzzfeed is a “failing pile of garbage,” for example, they think it’s hilarious. And even if they don’t, and even if they wish Trump hadn’t said it, they certainly can’t conjure up the slightest inkling of sympathy for a group of smug elitists that have viewed them with contempt for several decades.