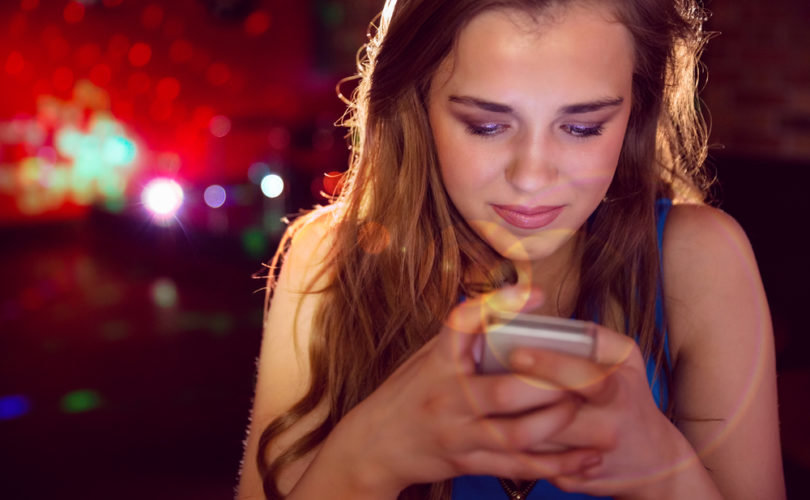 Over and over again, commenters made genuinely stupid and ill-thought-out assertions, such as “You must be a Luddite!” Obviously, one does not have to be opposed to technology to recognize the dangers of some devices. We all agree that children should not drive cars, because it is not safe. We are not anti-car just because we do not think everyone should be able to drive them at a young age.

I could provide you with 20, but for today, here are just 10 reasons you shouldn’t give your child a smartphone:

2. As Vanity Fair journalist Nancy Jo Sales laid out in her devastating book American Girls: Social Media and the Secret Lives of Teenagers, sexting and sending nude selfies are now ubiquitous in every school from the big cities to the rural Bible belt. I interviewed a number of high school girls (from Christian schools) on this issue over the past several years, and every one of them said the same thing: The pressure to send photos is relentless. Giving your child a smartphone is providing the opportunity for that pressure to be applied. Many give in. Lives are ruined as a result. The photos are forever.

5. Our society still has not figured out how to control these technologies. In fact, the very Silicon experts who create these devices and these screens warn that they are a “dark influence” on children and either do not provide their own children smartphones at all, or they strictly limit the amount of time they may be on one. If those who develop smartphones are saying that they are dangerous for young people, perhaps we should be listening more closely.

8. Smartphones provide children the first environment in history that exists without any oversight by any adult whatsoever. The reason cyber-bullying is so effective and so dangerous is the fact that social media has created an alternative world, inhabited by young people and their peers and inaccessible to parents and guardians. A generation ago, the bullying would stop when you got home from school. Today, you can be bullied at home, in your bedroom. In fact, a spate of suicides resulting from cyber-bullying tell that precise story.

9. Children do not need smartphones. They think they do, of course, because they want access to social media and the Internet. Who wouldn’t want access to something that can answer any and all of their questions? But considering the tremendous power of this tool, it is incredibly naïve to think that children and young teens are mature enough to handle it when the impact of smartphones on adults (and the skyrocketing rates of tech addiction) indicates that we have not even been able to figure out how to use this technology responsibly. If they need a phone for calling and texting purposes, get them a device without Internet access.

10. Smartphones often eliminate a child’s interest in other, healthier activities – like reading, outdoor recreation, and family time. I’m sure it comes as no surprise to anyone who has given their child a smartphone that a smartphone rapidly becomes an enormous part of the child’s life. This, of course, was predictable: There is a reason they begged so hard to have one in the first place.