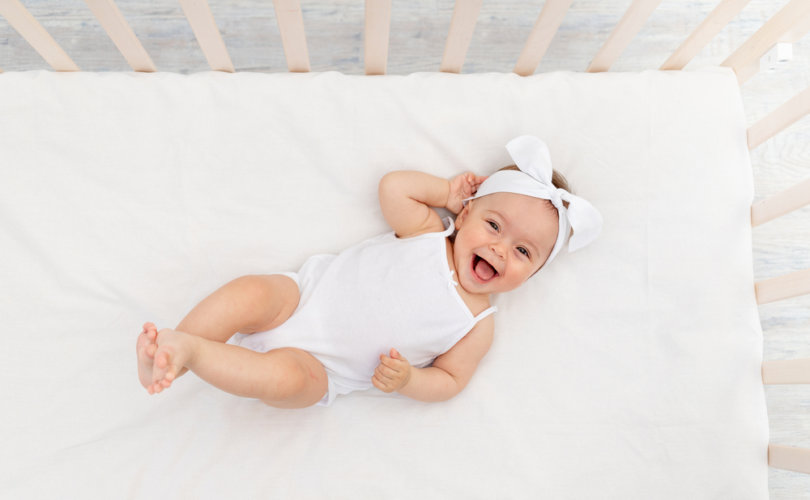 (LifeSiteNews) — Roe v. Wade is gone, and long-delayed abortion restrictions have gone into effect across the United States. So: are those laws working? Are we seeing less abortions performed or—put another way—are babies who would have been killed in the womb surviving because of these protections?

Roe has been gone for only four months, of course, so in many states it is simply too early to tell. Some women are driving out-of-state to procure abortions; others are ordering abortion pills through the mail. Abortion activists are promoting “do-it-yourself” manuals to walk women through feticide in their own homes. But despite that, there is some encouraging news.

At National Review, pro-life researcher and statistician Dr. Michael New analyzed recent abortion data released by the Society of Family Planning and concluded that, based on reviews of various abortion clinics, and comparing the decline of abortions in states with abortion restrictions with the rise in abortion rates in other states, “a total of 10,000 fewer abortions took place in June and July—a relatively modest decline, about 6 percent, in the incidence of abortion.” Still—that is 10,000 people.

Dr. New is more bullish about the impact of the Texas Heartbeat Act, which came into effect in early May and, he says, “reduced the number of abortions performed in Texas by more than 60 percent.” The Oklahoma heartbeat law, he observes, also precipitated a pre-Dobbs decline in the abortion rate.

A recent report in the Texas Tribune concurs with New’s analysis, noting that the “number of abortions performed monthly in Texas declined from a few thousand to less than 10 after the state implemented a near-total ban on the procedure this summer, new data shows.” New studies cited by the Tribune observed that while some women are traveling out of state or aborting their children at home, “these alternatives have not fully compensated for the in-state declines.”

According to the Tribune, the abortion rate may soon fall even further, with the abortion rate in Alabama, Arkansas, Kentucky, Louisiana, Mississippi, Oklahoma, Tennessee, and Texas declining a full 96% after June’s Dobbs decision. Many Americans, the report noted solemnly, have found themselves in a “vast abortion desert.” (In this sort of desert, however, people are more likely to live than to die.)

Other states have experienced slight increases in the abortion rate post-Dobbs, including New Jersey, North Carolina, Colorado, and Illinois. The long-term decline in the U.S. abortion rate had begun to reverse just before Roe v. Wade was overturned, primarily as a result of the COVID pandemic, and so researchers are still waiting for more data to determine where the post-Roe rate will settle and whether pro-life regimes in various states will have as dramatic an effect on the abortion rate as appears to be the case thus far in Texas.

In the meantime, the supposed “abortion advantage” the Democrats were banking on to pull them victorious across the finish line in November appears to have vanished. The Democrats believed that talking abortion would be advantageous for them—every second or third tweet by Joe Biden is a promise to “codify Roe” if only the American public will just give him a couple of senators. But as GOP opponents began to ask Democrats what sorts of pro-life laws they would support, there emerged an answer that the American public finds revolting: None at all. Every single Democratic candidate supports abortion on demand, with no limits, up until birth, preferably funded by the taxpayer.

That, as it turns out, has not shaped up to be the advantage that they thought it would be—and they will likely pay for it dearly at the ballot box next week.