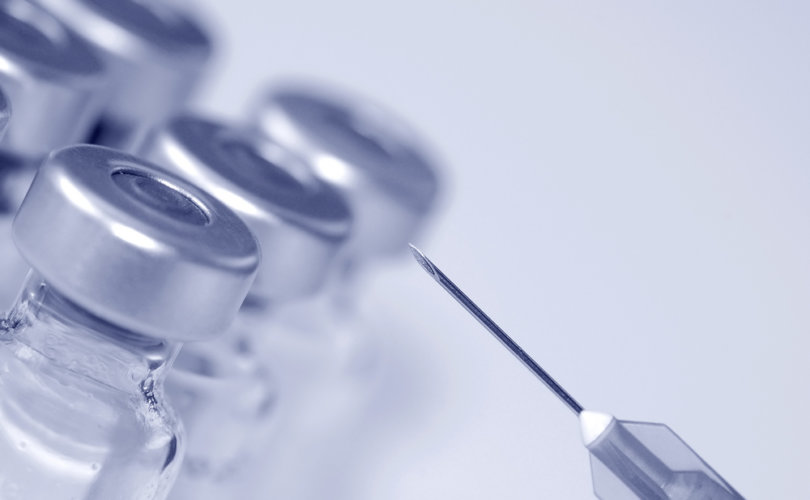 There are many in-depth analyses of assisted suicide and euthanasia flying about the Internet as the debate heats up in the Canadian Parliament and Senate. I’ve written several myself. Today, however, I want to give twenty summarized reasons for why people should reconsider euthanasia. Canada’s media – with notable exceptions like the National Post’s Andrew Coyne – have consistently promoted assisted suicide, with the result that many of the consequences and implications have not been adequately considered:

1.  Assisted suicide suggests that for people to “die with dignity,” they must die faster. The underlying insinuation of the “Death with Dignity” movement is that those who do not opt for an expedited exit are not dying with dignity.

2. Assisted suicide undermines the supposed purpose of the medical establishment: To heal patients, save lives, and reduce pain. To refer to killing patients as a “medical service” is an assault on medicine and on the English language.

4. Eugenics. Assisted suicide requires the state and the medical establishment to judge what constitutes a “life worth living.” As a result, those with disabilities become less valued as their lives are judged to be less valuable than those without disability. Parents of disabled children in Belgium have had people suggest to them that they should have their children euthanized. Euthanasia – Greek for “good death” – is being employed as eugenics, which is Greek for “good birth.” Just as abortion is used to kill pre-born children with Down Syndrome and other conditions, euthanasia is already being used to kill born people deemed less than perfect.

5. Assisted suicide blurs what were once clear lines. If someone suffering from a psychiatric condition that qualifies them for government-funded death phones a suicide hot-line, where should they be referred? Should they be talked out of suicide? Or would such pressure be a “violation” of their new “right” to government-assisted killing? After all, once people started calling abortion a “right,” they soon began to accuse those who attempted to talk women out of having an abortion of violating that “right.”

6. Assisted suicide puts those vulnerable to suicide even more at risk, as the government has confirmed their lack of worth by legislating an avenue that they can utilize to kill themselves. The impact of this message cannot be underestimated.

7. Assisted suicide redefines the term “medicine” to include lethal poisons administered with the specific intent to kill.

8. Assisted suicide creates a new, fictitious right—the “right to die.” This fundamentally undermines the right to life, which cannot be given up, even voluntarily. The “right to die” is a legal absurdity.

9. Giving the state and courts the right to legislate killing is an extraordinarily dangerous step with far-reaching consequences. In the Netherlands, many people are becoming victims of what is being deceptively referred to as “involuntary euthanasia.”

10. Giving medical professionals a legally-protected right to kill, even in initially-restricted circumstances, is as stupid as it is dangerous. The potential for this right to be misused to cover up, for instance, malpractice or botched treatment is already beginning to manifest itself in European countries where euthanasia is legal.

11. Assisted suicide could be used by children to pressure parents into accepting this “service.” Instances of children encouraging their parents to take this route have surfaced in the United States and Europe already. As people live longer and thus spend much of their savings on their own care, the reaction of selfish offspring watching “their” inheritance shrink should be noted. (In fact, the Calgary Herald recently published a column describing the anticipated “bequest boom” over the next decade, in which Canadian parents are anticipated to turn over $750 billion in inheritance over to their children).

12. Those who desire the legalization of assisted suicide ignore the fact that people may be pressured into utilizing this service for various reasons. For example, Belgium’s legalization of euthanasia for children ignores the fact that children can be persuaded of things that are in fundamental opposition to their interests.

13. There is very little discussion surrounding just how final assisted suicide is. The so-called “safeguards” have proven illusory or ineffective in every jurisdiction which has legalized euthanasia, and once the procedure is over, a human being is dead. Although we know enormous numbers of people feel great relief when they fail at a suicide attempt, it is impossible for us to ask those victims of euthanasia regimes whether or not they regret their decision.

14. Assisted suicide has an underlying secular principle: That there is nothing after death, and that the final act of self-murder is thus insignificant. This is a huge assumption. If there is something beyond death as Christians (and virtually the entirety of Western civilization until very recently) believed, then assisted suicide is an action with enormous moral implications. That should at very least discourage the state and medical establishment from engaging in this practice.

15. Assisted suicide as a fundamentally moral issue—and how can it not be considered thus?—has never been adequately addressed or even marginally discussed. Those seeking the legalization of assisted suicide, it seems, simply take for granted the idea that assisted suicide is a right without making any attempt to articulate a coherent philosophy to illustrate why this is so.

16. Rampant abuse of euthanasia has occurred in every single jurisdiction where assisted suicide has become legal: shockingly, this has included judges in the Netherlands granting families the right to euthanize elderly parents suffering from dementia regardless of the fact that euthanasia had never been requested by the parent and that there was no tangible evidence that the parent wanted to die.

17. In every jurisdiction where assisted suicide has become legal, rates of euthanasia have been skyrocketing. In Belgium and the Netherlands, huge numbers of people die by euthanasia every single year.

18. Ethicists are pushing for “involuntary euthanasia”—read “murder”—for infants to be made legal across the board. In the Netherlands, this has already been permitted by the Groningen Protocol since 2004.

20. In every single instance where assisted suicide becomes legal, euthanasia activists push for the “service” to be available in more circumstances. Their public talking points about “safeguards” and “limited circumstances” are outright deceits. The end goal of these activists is for assisted suicide to be legal on demand and without apology.

Trudeau’s admiration for ‘basic dictatorship’ shines through in euthanasia battle

WATCH: Canada will descend ‘into the Maelstrom’ if euthanasia is legalized, warns Cardinal Collins