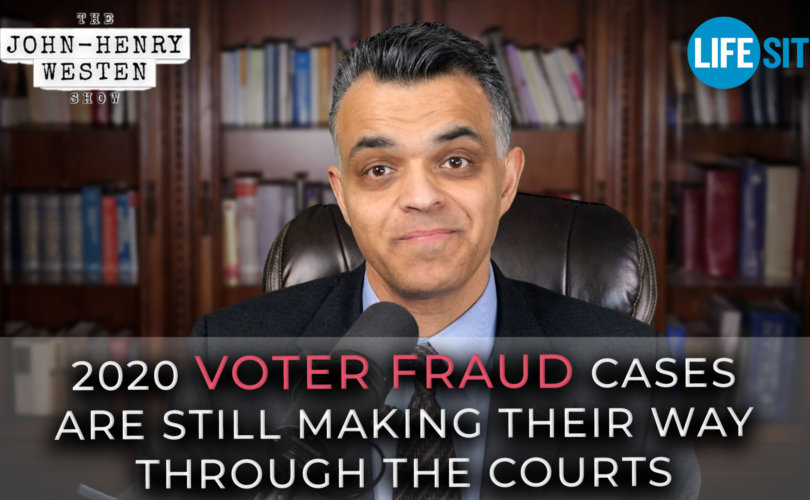 January 27, 2021 (LifeSiteNews) — Given the constant mantra of the mainstream media, you’d be forgiven if you believed that all the court challenges to the November election are done and gone. In fact, there are 30 of them still outstanding.

Meanwhile, the Chinese Communist Party has imposed harsh new lockdowns on tens of millions of China’s citizens and the Party is claiming that the new spread of COVID is coming from American and European Catholic priests.

LifeSite’s Martin Bürger reports that the former prefect of the Congregation for the Doctrine of the Faith, Cardinal Gerhard Müller, has warned that the United States government under President Joe Biden, “with its concentrated political, media and economic power, is at the forefront of the most subtly brutal campaign in the last 100 years to de-Christianize Western culture.”

Müller explained that in his opinion, “individual and social ethics take precedence over politics.” The line “is crossed where faith and morality are offset against political calculations. I cannot support a pro-abortion politician because he builds social housing, and because of the relative good I would have to accept the absolute evil.”

On a related note, check out this story by LifeSite’s Michael Haynes. Michael reports that Chinese Communist Party officials are blaming Chinese Catholics for new, harsh lockdowns supposedly necessitated by an apparent resurgence of COVID-19 cases near Beijing. A local priest described the move as being like the times of “Emperor Nero.”

A reported uptick in positive cases of COVID-19 in Hebei province, near Beijing, has resulted in the area being put back under stringent lockdown. As of January 6, more than 22 million people have now been ordered to remain at home. The province’s capital also placed its 11 million inhabitants in isolation, with travel in and out of the city banned.

Posts on social media platforms MeWe and Weibo began spreading accusations against Catholics for causing the recent cases. The rumors also claimed that a number of European and American priests came to participate in religious ceremonies without taking any preventative measures, bringing the virus with them.

John Droz Jr. has produced a listing of most, if not all, of the court challenges to the election. The list is totally referenced with links to the court filings themselves. It is an amazing resource. You should check it out.

Here is a summary of the findings: The database tracks 81 court cases pertaining to the 2020 election.

I spoke yesterday with an American uniquely suited to dealing with the facts on election fraud perpetrated in the USA. Law professor at New Mexico State University, David Clements, is also a seasoned trial attorney, having tried over 120 cases to a jury and dozens more to a judge.

His experience ranges from municipal defense in civil litigation, to prosecution of 1st degree murder and other high-profile felony cases. When the unniversity president sent out a message to the university condemning the violence at the capitol and dismissing those concerned about electoral fraud, Professor Clements spoke out publicly, even though, as a not-yet-tenured professor, he was putting his own job at risk.

So many Catholics are being deprived of the greatest treasure on earth, the Holy Sacrifice of the Mass, at this time. Let’s offer up some of that pain and suffering today for the repose of the soul of “RS,” the pro-life Polish Catholic who was starved to death in a U.K. hospital despite the efforts of the Polish government and his family to save his life.

As a concluding remark, thanks to B.A. MacKalski who sent in a beautiful poem she was inspired to write after witnessing a Catholic kneeling outside the doors of a Catholic Church this Christmas. He was kneeling in the freezing cold on the steps of the Church outside the closed doors. The poem is entitled, “Christmas Visit 2020.”

Are you still there My Jesus?

We are so alone.

We have no parish home.

Your Church is bolted Jesus

We cannot enter in

Are you still there dear Jesus

Our Infant God and King?

We kneel upon the church step

We shed a silent tear

Lord save us lest we perish

For truly do we fear

You calmed the storm dear Jesus

You cured the sick and lame

Heal us once again.

You are ESSENTIAL Jesus

Give wisdom to Your Shepherds
And open wide the door.