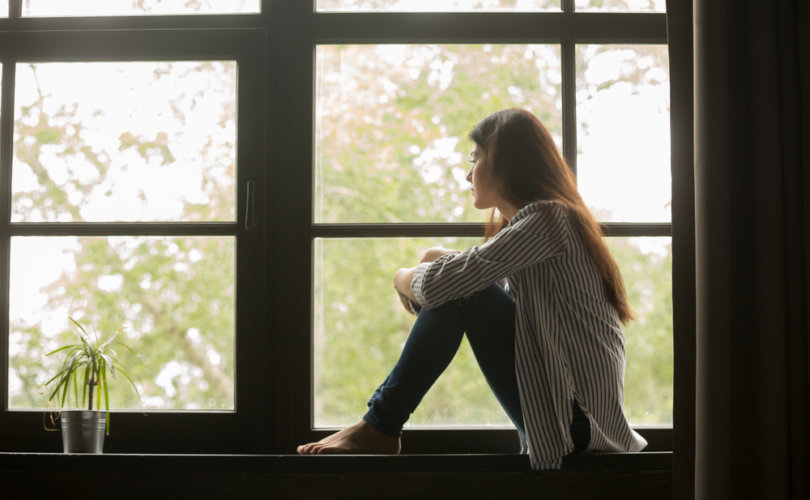 Editor's Note: See update on this story at bottom.

August 31, 2018 (LifeSiteNews) – Forty-five years after Roe v. Wade, abortion is still one of the most contentious subjects in the United States of America, with the issue creating a chasm between the two primary political parties and driving the results of primaries and even elections. The pro-choice movement, pro-life apologist Scott Klusendorf noted some time ago, genuinely thought at the time that Roe v. Wade would put this issue to bed. Instead, abortion activists are faced with a non-stop stream of pro-life laws and a growing and invigorated pro-life movement. It is why one of the signs you often see abortion activists wielding reads simply: “I can’t believe we still have to protest this sh**.”

Abortion activists have now spent decades trying to normalize abortion, with varying degrees of success. On the rhetorical front, they ignore the messy details of feticide and instead refer to the process as “reproductive rights” or “women’s healthcare.” On the political front, they have successfully cornered the Democratic Party, ensuring that pro-life liberals, once a numerous species but now severely endangered, are electorally unviable. And on the cultural front, they have a wide range of celebrities willing to wave their banner at rallies, where a noted shift in tone is beginning to take place.

Some were shocked when one feminist activist took the stage at the Women’s March in early 2017 with a shirt that was covered with the phrase “I heart abortion,” but this is now the abortion movement’s new goal: Brazenly defend abortion as a good thing, and celebrate those who have had them. Abortion activists used to angrily insist that “nobody is pro-abortion, we are pro-choice”—but now many of them are willing to admit that “plenty of people are pro-abortion.” None of them are pretending that they want abortion to be “safe, legal, and rare” anymore – after all, why would you want a good thing to be rare? Abortion allows people to live their lives the way they wish – to be coy about that is, according to the abortion industry, a bit ungrateful.

This new willingness to defend abortion at all costs and without apology has spawned several campaigns to push this no-holds-barred attitude into the public consciousness. There was the short-lived attempt to get people to wear t-shirts reading “I had an abortion,” which ended up being limited mostly to Gloria Steinem and a handful of others. And then there was the “Shout Your Abortion” campaign, with the abortion industry and their political allies asking those who used their services to come forward and own it loudly and proudly, so that people would be able to put a human face on abortion (and not the face of the crushed and discarded child.) This campaign, recently promoted by Oprah Winfrey, is just the latest attempt at normalization.

But the “Shout Your Abortion” campaign is a double-edged sword – while it can raise awareness as to just how many women have abortions, it can also reveal the ugly callousness towards pre-born children and the utter selfishness that animates the motives of many. A sad and repulsive example of this was published on a “Shout Your Abortion” blog earlier this month under the defiant title, “I am 23 and I have had 3 abortions. YES I HAVE!” In her post, the young woman essentially admits that she was aborting real children, but she just didn’t want them interfering with her life, noting that she had her first abortion at age 16 when she decided to have sex without a condom:

My first abortion was on August 25, 2011 at Lovejoy Surgicenter in Portland, Oregon. I was 8 weeks 3 days pregnant (this is based on the last period). Yes, I did cry. No, it was not easy! No, I have no regrets.

At age 19 I took a 3 week journey on the Pacific Coast Trail. I did this on my own. LOVED IT! On that trail I found another hiker, a guy who was traveling solo. Long story short we had sex. And sadly I had no condom with me (my backpack already weighed 49 pounds)…

I had my second abortion on September 14, 2014 at Lovejoy Surgicenter. I was 10 weeks 4 days pregnant. The appointment was originally on August 29th but during this time I found a new job and ended up having to rearrange my schedule. [H]aving an abortion at 10 weeks was a little harder just because I knew I had something in me, but doing it was still the right decision.

You’ll notice here that this is a young woman going public with her story of having two abortions because she couldn’t even be bothered to attempt to avoid pregnancy – because the abortion industry was waiting helpfully to help her dispose of the children created through casual coitus. Throughout her post, she refers to the reasons that she doesn’t want “a child,” but does not pause to explain what abortion does to those children. The third child she aborted even had a father who was willing to stick around – but unfortunately interfered with her summer job plans:

For the last couple years I have been in a loving relationship with a great guy, I am and have been on the pill, but it doesn’t always work. We found out that WE were pregnant back in March (2018).  Originally we were thinking of keeping it, but in the end a decision was made for us. We both got ourselves a seasonal job at a National Park for the summer, something we have been working on for the last three years. No way could I be massively pregnant for this job, it’s just not possible. This job was outdoors with some very rough work involved!

WE had my third abortion on May 5, 2018 at My Choice Medical Center in Van Nuys, California. We did it here because my boyfriend could join me in the room during the procedure, The idea that he wanted to join me was a true blessing and made me feel more comfortable because of it. I was 12 weeks and 4 days pregnant, we waited this long because like I said before it was that ultimate seasonal job that made the decision for us.

All in all I just wish that people would look at abortion was just another surgery. No way could I be a mother of 3 children right now! JUST NOT POSSIBLE! I am 23, I have a good life, I don’t want to destroy it because of a bunch of children that I am not ready for. Doesn’t that make sense? I have ZERO regrets on what I have, sometimes I do wonder about the WHAT IF, but in the end I know I make the best decision for me.

I’ve spoken to well over a thousand people about abortion, but for some reason I still found this young woman’s blog post jarring. Perhaps it is the fact that she doesn’t even find it necessary to give any reasons whatsoever for ending the lives of three human beings – her own children. Perhaps it is the fact that she found selfishness to be a defence in and of itself, and was proud of it. Or perhaps it’s because her closing line summed everything up perfectly: “in the end I know I made the best decision for me.”

I suspect that I’m not the only one who would find this young woman’s story to be depressing and somehow ugly. I suspect that even many people who believe that abortion should be legal in some circumstances would cringe at the idea of people using abortion as birth control – sleep with whoever you want whenever you want, and if a baby shows up – suction her out and carry on. “Shout Your Abortion” may seem like a good idea to the abortion activists who want to normalize the service they’re selling, but I don’t think stories like this do their movement any favors. These stories are simply too brutally honest for most people – even most pro-choice people – to handle.

In an interesting development to this story, it appears that the girl in the photo is not the young woman in the story–her name is Molly, not Heather, and she is actually pro-life! Molly sent the following message to LifeSite:

My name is Molly. I am 24 and want to make it clear that I have never had an abortion.

I was horrified to wake up yesterday and learn that a photo of me was stolen and used without my permission or knowledge on a post for “Shout Your Abortion”, a website that encourages women to share the stories of their abortions. Someone using the name “Heather” stole my picture and essentially my identity, using it in a post titled, “I am 23 and I have had 3 abortions. YES I HAVE!” She said she is proud of who she is and her actions, yet she used a picture of a random stranger instead of herself. I am appalled that my photo has been used in this manner.

All of my life, I have been pro-life and believe that life begins at conception. I have personally donated to pro-life causes and believe that every life is valuable. As a Christian, I believe that God is the author of life, and life is not ours to take away.

While the story on the website has been removed, links and screenshots of the title falsely tied to my picture are continually being shared. Even though the story is not mine, the comments being made about the girl in the photo feel very personal. Yes, the story, if it is true, is quite sad, but there is no excuse for making some of the crude and judgmental comments I have seen. While I strongly believe that abortion is taking a valued life, I would like to ask people to think about the effect that their words have and to choose their words carefully. If Heather really exists, I want her to know that she has value and is loved despite the unfortunate life choices she has made. The Bible clearly teaches that God is a forgiving God. As a Christian, I strive to embody the love of Christ. Passing judgment helps no one. I hope that my story challenges you to think twice before making a comment on the Internet and instead think of other ways to promote choosing life. -Molly Schaap