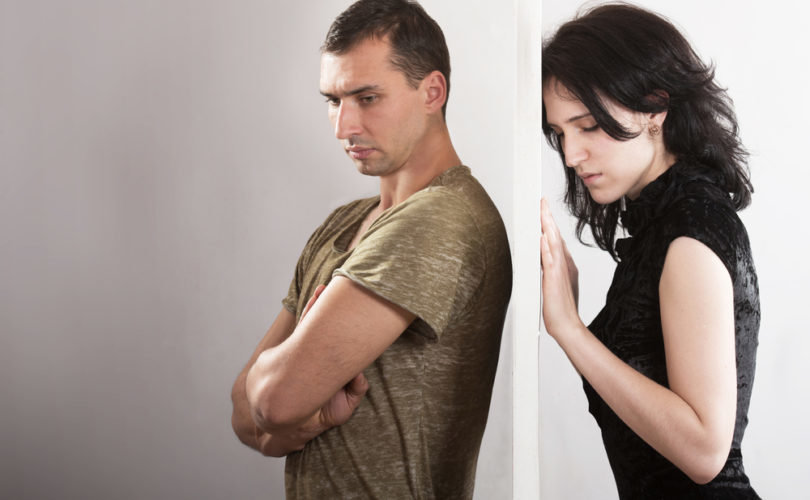 That said, when I’m writing and speaking about the subject of pornography, I occasionally run into men who really believe their wives are the source of the problem.

These men, I have less respect for.

Please don’t misunderstand me. The struggle against objectification and lust is a fight most men face. If you are striving with all your heart to be a better man to your bride, I’m in the same boat as you.

Are you ready? Good.

I have five reasons for why this is a ridiculous argument.

1. Your wife’s so-called “frigidity” is not the catalyst for your habit. In fact, it might be the other way around.

Furthermore, in nearly every case I’ve seen, what men interpret as a woman’s “frigidity” is actually a lack of initiative on the his part. A man might say, “But I ask my wife for sex all the time.” To which I reply, “When was the last time you really fostered an environment of romance in the home that would make your wife feel treasured and not just like a warm body?”

Everywhere women are told they need to be younger, prettier, and bustier. The last place they need to have that message reinforced is in their marriages. In the arms of their husbands they should feel beautiful—because they are.

Here’s an odd story to illustrate my point:

Back in the 1860s, Americans made the mistake of bringing the gypsy moth from Europe to Boston. Within 10 years, swarms of gypsy moths were devastating the forests and continued doing so for over a century. Attempts to eradicate this moth failed. But then in the 1960s scientists devised a new strategy. Biologists knew that the male gypsy moth found the female by following her scent—her pheromones. Scientists developed massive quantities of a synthetic version of this pheromone and then scattered small pellets of it from the air. The effect was overpowering for the males. Overwhelmed by the highly concentrated pheromone, they became confused and didn’t know which direction to turn to find the female, or they became desensitized to the lower levels of pheromones naturally given out by the female.

The pornographic experience is one of constant novelty: multiple tabs open, endless clicking, browsing, and always searching for the next girl who will really send you over the edge.

A mind trained for constant sexual novelty and variety simply won’t take the time and effort to really connect with one woman in a truly intimate way.

A married man with a mind trained for objectification can only go one of three ways:

1. He will drag his wife into that objectification, not seeing sex as a giving act but as an opportunity to act out pornographic fantasies in real life.

2. He will ignore his wife to pursue more online objectification—or worse.

3. He will turn away from a culture of objectification and relearn what it means to make his wife his standard of beauty.

Really? Is this what we’ve come to: the measure of your virtue as a husband is not sleeping around?

Deep down, despite all the excuses, this is not who a man really wants to be. Do you want to be the man who loves one woman well for the rest of your life, gladly sacrificing yourself for the good of another—experiencing an intimate sexual bond? Or do you want to be the guy who sneaks off to get a fix from your computer screen and your hand? Which one of these sounds closer to the wedding vows you spoke and the man you wish to become?

A Word to Wives

Wives, We Need Your Help!