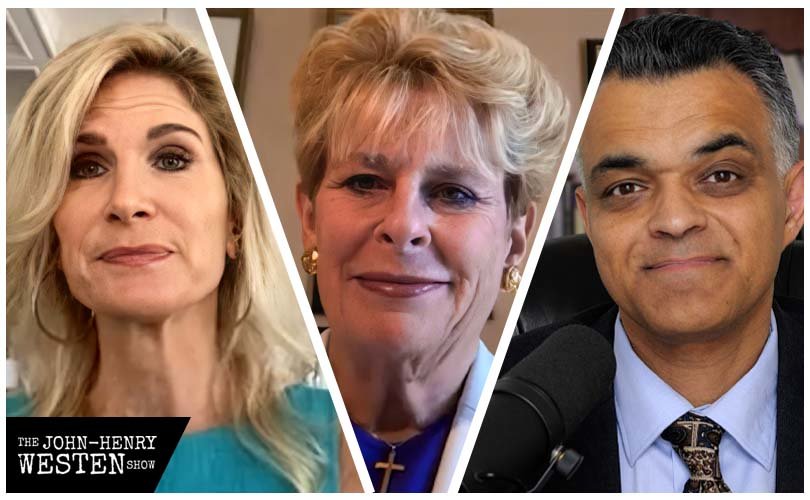 (LifeSiteNews) – This is one of the most shocking stories I have heard throughout the entire COVID pandemic – a patient named Veronica Wolski died at a Catholic hospital after being denied basic care and requested treatments.

In this very sobering episode of The John-Henry Westen Show, I sat down to discuss this tragedy with Dr. Elizabeth Lee Vliet, who many of you may know as the president of Truth for Health Foundation, and Nancy Ross, Veronica’s friend and power of attorney.

Ross told me that Veronica was a dedicated and outspoken advocate for medical freedom who “hardly slept to educate people with messages of hope and of her bits of wisdom.” Nancy met her through mutual friends and were in regular contact. Then, on August 17, she received a text from her saying that she began feeling symptoms of COVID.

In fact, several days later she did test positive for the virus and was admitted into Resurrection Hospital in Chicago with COVID pneumonia, even though Dr. Vliet told me that it could possibly have been chest congestion. Instead, the “Catholic” hospital put her on a high dose of oxygen that only made Veronica’s case worse.

Veronica refused to be put on a ventilator and begged for Ivermectin, but was completely denied. Ross, as her power of attorney, also pushed for her to be allowed the treatment, only to also be denied. She had also asked to be taken to another facility.

Dr. Vliet, together with her entire team of medical and legal experts at Truth for Health, gave recommendations to Ross and Veronica on providing care at an outpatient setting, which is another request that was rejected..

Vliet stated that “what was shocking to me as a physician, knowing what the legal and medical ethics are, is that the most astounding interference was the interference and refusal to honor the patient’s request.” Vliet said she has never seen anything like this before and that it’s an example of “medical tyranny” happening throughout the United States

Furthermore, Vliet added, not only is Ivermectin, a proven treatment for the virus, being denied as medicine to patients, but other important medical cures and legal rights are being scrapped as well. “If we don’t stand up to this medical tyranny, then we are literally losing people every day because their wishes are not being followed and basic treatments are being ignored.” Vliet pointed out that hospitals are receiving money when patients are put on ventilators and given Remdesivir.

In some parting reflections on Veronica, Nancy Ross described her as “an American hero” who fought to the very end for freedom. Vliet and Ross have both vowed to make sure her death was not in vain, and to honor her by continuing her fight, being a voice for patient rights.

Please pray for the repose of the soul of Veronica Wolski, and for all the work Nancy Ross, Dr. Elizabeth Lee Vliet, and Truth for Health Foundation are continuing to do.