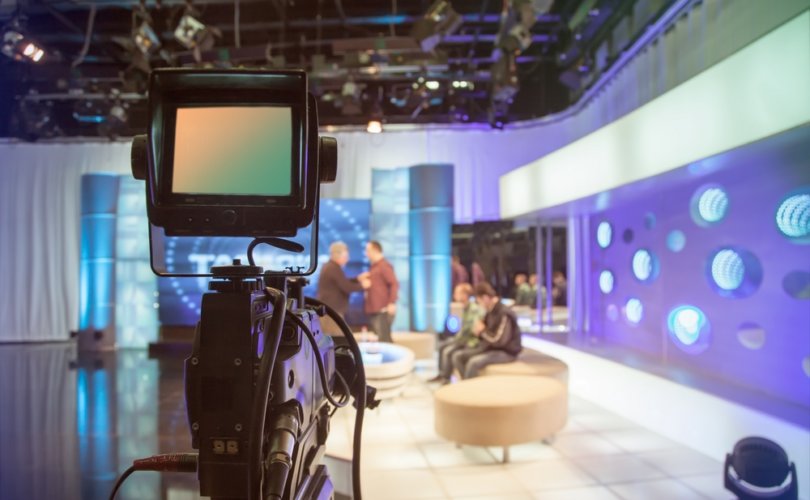 August 6, 2019 (LifeSiteNews) – As the culture wars heat up between the American Left and Right, progressive journalists are increasingly falling back on a powerful and succinct statement to push the public into a nostalgia for the Obama years: This isn’t normal. None of this, they write and tweet and blog endlessly, is “normal”: Not the erratic presidential tweets, not the belligerent presidential tone, and not what they claim is Trump’s “treasonous” behavior. I’m not unsympathetic to many of the arguments being made about civility, decorum, and the rest of the things that keep George Will up at night. But I do think that the media are engaging in a sophisticated game of gaslighting in the meantime.

What the media is doing while shrieking about our vanishing standards of normalcy is waging an all-out war on the idea of the male-female gender binary itself. While they are highlighting the abnormal nature of a president who tweets out spur-of-the-moment policy, they are pushing child drag queens and transgender children and pregnant “men” and “women” with penises as if these things were not an absolutely revolutionary attack on the social fabric of the West. We are supposed to believe that a president lashing out at the media is a catastrophic assault on The Way Things Were, and a child drag queen is a symbol of our liberation.

When I write about the latest manifestations of transgender ideology, some people ask a very reasonable question: Why can’t we just ignore all this stuff? To many, following the media’s strange “human interest” stories about Bruce/Caitlyn Jenner feeling “broody” and wanting children with a partner a half-century younger seems like Jerry Springer-style voyeurism. And in many ways, that’s what it is. But it is important to realize that the media are utilizing America’s obsession with the vapid lives of celebrities to normalize transgenderism. Pretty soon, things that once made people gasp will make them shrug. That’s already starting to happen. People who were once outraged by Drag Queen Storytime and gender ideology in schools are becoming desensitized.

The media are flooding the airwaves with non-stop stories that would have been unthinkable a decade ago. The Pasadena Star News ruminated about whether the city might be open to nominating a transgender Rose Queen, a story virtually created by the media (a journalist asks an official whether it might be considered, the official responds with ambiguous language, and there’s your transgender story). Another story outlined the fact that “sperm production for transgender women” might yet be possible, while Victoria’s Secret announced that they’d hired a transgender lingerie model – a biological male presenting as a women. A couple in Berkeley, California came out to announce that both of their children, at ages four and eight, were transgender, and that they were going public to “normalize” hormone blockers and the rest of the devastating “treatments” that view puberty as a threat.

Not a day goes by without one media outlet or another pushing a story that treats the transgender ideology as fact. I’m not sure precisely when the media moguls met behind closed doors and collectively decided to begin using phrases like “her penis” and “his breasts,” but a quick look at any article dealing with the transgender issue lately proves that such meetings and such directives did, in fact, happen. What we’re seeing with this calculated media campaign – even with the crazy transgender celebrity stories – is an effort to overload a skeptical public until they go from recoiling to rolling their eyes. But politics is downstream from culture, and the LGBT movement is not simply seeking acceptance – they are demanding a particularly totalitarian form of power.

I don’t enjoy writing about the transgender insanity that is gripping the West, especially not when it involves keeping up with these sorts of stories. But it is essential that we recognize what is going on here. While they rage about Trump’s tweets and advocate for a return to “normalcy,” the Left is attempting to normalize an ideology that fundamentally upends our understanding of family, gender, society, and humanity itself. This is nothing short of a revolution, and the consequences of this revolution will be the destruction of our society as we know it now. Things, as it turns out, can always get worse.

Jonathon’s new podcast, The Van Maren Show, is dedicated to telling the stories of the pro-life and pro-family movement. The latest episode takes a look at the pro-life movement in Northern Ireland as it stands right now, and what the possibilities are moving forward. Jonathon Van Maren interviews Bernadette Smyth, founder of the largest pro-life group in Northern Ireland, Precious Life. She also founded Youth for Life, which is a project of Precious Life, whose aim is to equip the next generation with the skills needed to keep abortion illegal in Northern Ireland.