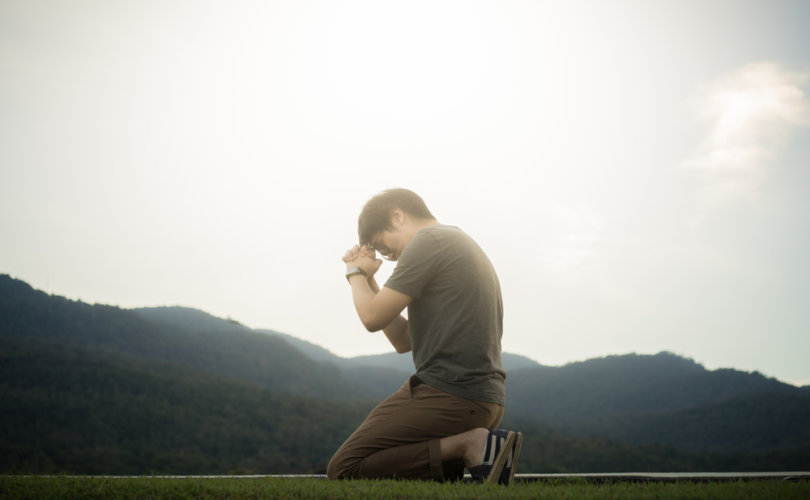 April 6, 2020 (LifeSiteNews) – During the coronavirus epidemic, many Catholics have been cut off from the Sacrament of Penance (Confession). Confession has been so neglected in recent decades that the amount of controversy this has created is a small sign of hope.

Also pleasing is the spotlight it has shone on the concept of an ‘act of perfect contrition’.  ‘Perfect contrition’ is simply being sorry for our sins out of our love for God, and not merely for other reasons, such as disgust at sin or fear of its consequences. If a penitent has perfect contrition his sins are forgiven, though he retains an obligation to confess any mortal sins in the usual way. (There is more about this and related issues here.)

Much less reassuring, however, has been the reaction of some bishops, several of whom have placed severe restrictions on the hearing of confession, which seem to go beyond what is required by the civil authorities or prudence. Other bishops have taken a different view.

Bishop Philip Egan of Portsmouth, England, is one example; Bishop Lee Bun-sang of Macau has been personally hearing confessions outside his house, with facemasks. The Sacrament of Penance is called a ‘sacrament of the dead’ because it restores us to spiritual life after the spiritual death of mortal sin. Even if not absolutely necessary for the forgiveness of sins, it should always be made as widely available as humanly possible.

The danger of catching or passing on the virus during confession is real, but it does not need a great deal of imagination to see that it can be mitigated in a number of ways. Catholics are used (or should be) to confessing their sins through a grill reinforced with opaque fabric: as Cardinal Burke suggested, this fabric could be beefed up to the level of an effective barrier for the water-droplets which can carry the virus between humans. Alternatively, some priests have established ‘drive through’ confessionals which enable penitents to confess their sins from a greater distance, without touching potentially infected surfaces, and without loss of privacy. Again, the experience of Catholics unable to speak has long established the possibility of using writing, sign-language, and other means of communication to convey their sins to a priest. (Mobile phones are a bad idea since they are not secure.) The priest has to be physically present to the penitent to give him absolution, but this plainly does not need to be within six feet, and it is the sins, rather than the absolution, whose privacy must be protected at all costs.

Another reason for caution is the many attempts by liberal Catholics over the decades to establish General Absolution as a permanent substitute for individual confession, as it avoids the need for each penitent to confess his sins. I have even heard of a priest at a ‘penance service’, where a number of people were waiting to make their confessions, say that as they were running out of time he would give everyone still waiting General Absolution.

This is contrary to the law of the Church, as General Absolution may only be used in times of ‘grave necessity’. It is also extremely harmful to souls in the context usually envisaged, since the liberal priests who like to do this sort of thing often fail to tell penitents that for General Absolution to be valid, it is necessary for the penitent not only to have contrition but to intend to go to individual confession as soon as possible, where any mortal sins absolved in General Absolution must be confessed.

The point of General Absolution is to provide people with sacramental absolution when this is gravely needed and where there is no time to hear their individual confessions. The classic example is when a military chaplain gives it to troops about to go into battle. The survivors will still need to get to confession; those who are killed will have had a valid absolution.

General Absolution is not a solution to the danger of infection, but it may still have its uses, particularly in Catholic countries with a shortage of priests. It might, for example, be given to a large number of seriously ill people, or even to medical staff. It is not easy to see how this situation would arise in the UK or America, but you never know.

The Church has been in every kind of situation before. Where crises implicate the availability of the sacraments, our understanding of their importance should be reflected both in our concern for validity, and our creativity and energy in finding ways to get them to those who need them.