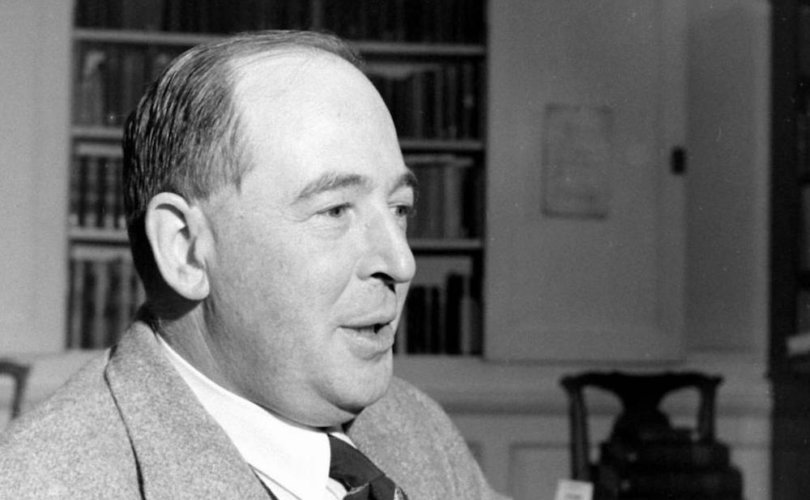 November 23, 2017 (LifeSiteNews) – We here at LifeSiteNews are determined to bring you pro-life news from around the world, which means some of us writers are called upon to keep our language skills sharp.

That’s why I’ve been reading Siotrzeniec Czarodzieja--that is, The Magician’s Nephew by C.S. Lewis–in Polish. It’s a revelation to rediscover a favourite children’s book in a different language and as an adult. As a child, I didn’t realize that Digory Kirke’s bad old Uncle Andrew was a stand-in for a particular type of adult: the learned man who thinks he can do whatever he wants to a living being he considers less important than himself, all in the name of Science. Naturally, there are also a lot of female versions of Uncle Andrew running about these days, too.

Take, for example, one female Harvard researcher I won’t identify, but whose name appears on an order form sent to an employee of StemExpress, a company that sends (or sent) technicians to Planned Parenthood outlets in Northern California to harvest organs from fetal corpses. This particular Harvard researcher wanted skin from a 16-20 week fetus; the liver and thymus of the same baby went to an assistant at the University of Massachusetts. What the Harvard lady wanted the skin for, I don’t know, but whatever she did with it, it was undoubtedly in the name of Science.

As you may remember, the drama of The Magician’s Nephew begins when Digory and his friend Polly find themselves in Uncle Andrew’s forbidden study. Polly is tricked into touching a magic ring that makes her disappear, and Digory is coerced into following her. Uncle Andrew is absolutely delighted when the children appear because, as he creepily says, “Two children are just what I wanted.”

Live children, fortunately. The bloodstained wares of Planned Parenthood and StemExpress, however useful to today’s scientists, would not have suited Uncle Andrew’s purposes.

“This is too good an opportunity to miss,” he says. “I wanted two children. You see, I’m in the middle of a great experiment. I’ve tried it on a guinea-pig and it seemed to work. But then a guinea-pig can’t tell you anything. And you can’t explain to it how to come back.”

When Polly disappears, Uncle Andrew tells his nephew the story of how his research began. Along the way he broke a solemn vow, consorted with some very unsavory people, had various experiences so disagreeable that his hair went grey and his health broke down, and killed a lot of guinea-pigs.

“Some of them only died,” says Uncle Andrew. “Some exploded like little bombs–.”

Here he is interrupted by Digory, who tells him that his experiments on the guinea-pigs have been cruel. But Uncle Andrew brushes off Digory’s moral objections, saying “That’s what the creatures were for. I’d bought them myself.”

I wonder if the Harvard researcher feels that way about Baby “Liver, Thymus & Skin (Same Donor)/16-20 weeks”.  After all, she bought him or her–or his or her liver, thymus and skin, anyway. Perhaps she would argue that the benefits of using the corpse outweighed the benefits of giving it a burial or, as is much more likely, throwing it in an incinerator. Perhaps someone somewhere would even argue that the benefits of using the corpse for Science outweighed the benefits of allowing Baby “Liver,  Thymus & Skin” to live. He/she might not have been wanted while alive, but obviously he/she was wanted once dead.

And perhaps this Harvard researcher would be just as angry at her character being impugned as Uncle Andrew is when Digory observes that he would never do to himself what he has done to both guinea-pigs and a little girl. After all, today doctors and scientists are given the respect and awe the masses once gave priests and magicians.

“I will not be talked to like that by a little, dirty, schoolboy,” says Uncle Andrew. “You don’t understand. I am the the great scholar, the magician, the adept, who is doing the experiment. Of course I need subjects to do it on. Bless my soul, you’ll be telling me next that I ought to have asked the guinea-pigs’ permission before I used them! No great wisdom can be reached without sacrifice.”

Uncle Andrew may or may not get his comeuppance in a later chapter. And Planned Parenthood, which seems to be under investigation from the FBI, may or may not get theirs. I’m not sure what penalties, in this life or the next await the scientific researchers who have created a market for dead baby parts for being perfectly willing to buy them.

And that’s one of the terrible, horrible truths behind the tragedy of abortion. Too many people profit from it. If there weren’t thousands of abortions a year, how would abortionists make their money? And where would researchers get their fresh, specially-ordered, carefully harvested tiny human hearts, livers and thymuses? Where would they get their fresh fetal skin?

Back in high school, Sister Wilfreda told us that “sin has its own built-in punishment.” Perhaps the researchers who buy slaughtered little bodies from Planned Parenthood through StemExpress will never be called to the carpet. Perhaps they are merely becoming desensitized, so that when their goddess Science demands it, they will be ready to experiment on live fetuses, too. And, frankly, I can’t think of a worse punishment than becoming the kind of person capable of doing that.