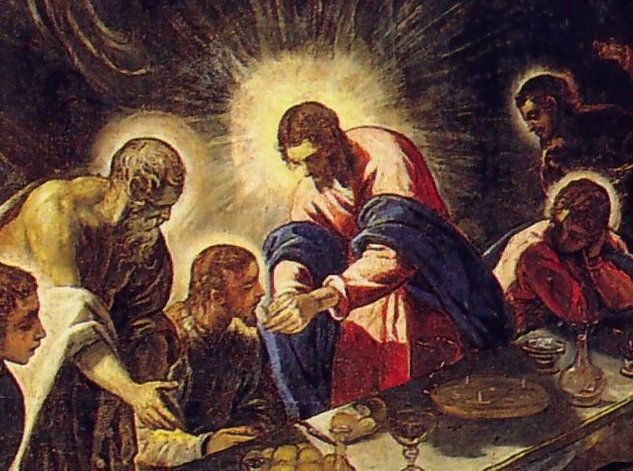 August 6, 2018 (LifeSiteNews) – Jacopo Robusti, otherwise known as Tintoretto (1519–1594), may not be a household name like Rembrandt or Van Gogh, but, as is the case with so many great artists, he ought to be—especially for believers who may rejoice in and learn from his exquisite art, which he placed in service of the mysteries of the Christian Faith.

Tintoretto was a pupil of Titian in Venice, albeit short-lived in that capacity. The story is told that the older Titian quickly recognized what a gift his pupil had, and in the competitive spirit of Renaissance workshops, kicked him out lest he learn too many of the master’s secrets and rival him. The precaution was in vain, as the pupil was capable of learning on his own.

In his work, there is a certain moodiness of atmosphere, a dark shadowy feel that serves as the dramatic backdrop to divine light, in a way one also sees, albeit with different aesthetic priorities, in El Greco’s work. On the narrative and compositional surface, Tintoretto’s paintings tend to be busy, even chaotic, yet they possess an underlying sense of calm, a supernatural gravity. The hidden purpose of divine Providence is holding together the variety of persons, objects, and activities, ordering them to the manifestation of His glory.

We see this magnificently displayed in his painting of The Last Supper, completed in 1594, the last year of the painter’s life. The final meal of Our Lord’s mortal life had, of course, already been painted countless times by earlier Renaissance artists, who helped themselves to large doses of poetic license by placing the event in broad daylight, often outdoors, or in a tidy geometrical space. Tintoretto, under the influence of mannerism, approaches it quite differently. For him, the Last Supper is the ultimate chiaroscuro of good and evil.

Set within a dark space illuminated primarily by a more-than-ordinarily potent oil lamp in the top left, the supper is a swirl of motion and revelation, as the Lord, standing in the center, feeds the Apostle to His right with His most sacred Body. (As is seen in many paintings of the Last Supper, Jesus is placing the Eucharistic morsel directly into the apostle’s mouth, which is implied in the Jewish custom of dipping bread into wine before consuming it—a form of intinction practiced to this day by Eastern Christians.)

The halo around Christ’s head stands at the very center of the painting, as if to say: Here indeed is the true light of the world, the light that shines in the darkness, a light the darkness has not overcome, in spite of its best efforts. The Lord is dressed in a red tunic with a blue outer garment, colors that Tintoretto’s contemporaries might have connected with their use in The School of Athens by Raphael: red for fire, and blue for its opposite element, water—symbols alike of divine love and divine judgment.

The apostles—those who are in a state of grace—are recognizable in the eleven gently illuminated heads. Gone are the awkward early medieval disc-haloes that one-point perspective had converted into saucers or platters; in their place, a soft play of supernatural light around their otherwise shadowy countenances. The apostle to the Lord’s left gazes contemplatively. Other apostles gesticulate, lean over, rise up, gripped in anxiety about the treachery, provoked to wonder by the mystical supper. The apostle nearest to the viewer even motions to a beggar to stop bothering him, as there is something more important to pay attention to. In keeping with an artistic convention, Judas is the only disciple depicted sitting on the opposite side of the table, dressed in better garb than the others—in fact, in a garb remarkably like that of a Cardinal—with a hand gesture that suggests detached, critical commentary, as if theorizing at a Synod about new rules for communion.

Meanwhile, a number of waiters busy themselves with food, drink, and dishes, seemingly oblivious to the unfolding of the new and everlasting covenant. How sharply it should pierce us when we think of the indifference and apathy of so many in our world to this ultimate manifestation of divine love that occurs every day throughout the world! Wherever the sacred mysteries of the Body and Blood of our crucified and risen Savior are celebrated, there are, to be sure, some on the inside like the eleven and some like Judas, but many more on the outside, preoccupied servants intent on their worldly business, blind to the light shining from the face of Christ. In fact, some behave like the cat in the lower middle of the painting, an irrational animal whose only appetite is for material food. Tintoretto, like Dante, tours us through heaven and hell: we see holiness, active and contemplative; we see malice; and we see the lukewarm absence of either.

But perhaps the most wondrous touch of all in this painting is Tintoretto’s lifting for us of the veil separating the invisible realm from the visible, showing hosts of angels surrounding the Son of God, giving Him the homage that is His due. Spirits from the realms of light, they bring their own luminosity with them into a darkness to which they are impervious. They are like living flames of love, fully awake and alert to the meaning of what is taking place in the Heart of Jesus, in His hands, in this feast that anticipates and symbolizes the bloody sacrifice of Calvary on the morrow, which opens the way to the heavenly wedding feast of which the angels already partake.

The whole painting is therefore a catechism on sight and blindness. What is it that we see when we attend Mass? What would we have seen at the Last Supper, or at the foot of the Cross? Do we see with the eyes of faith the glory of the Son of God, sacrificed for our sins, risen for our salvation, offered at the altar for our lifelong redemption, fed to us for our pilgrimage to eternity? Do we profess and believe in this light shining in the darkness of the world that threatens to engulf us, and in the chiaroscuro of the Church on earth made up of saints and sinners?

Where, in which part, under which character, are you and I located in this bustling scene of liturgy and life?