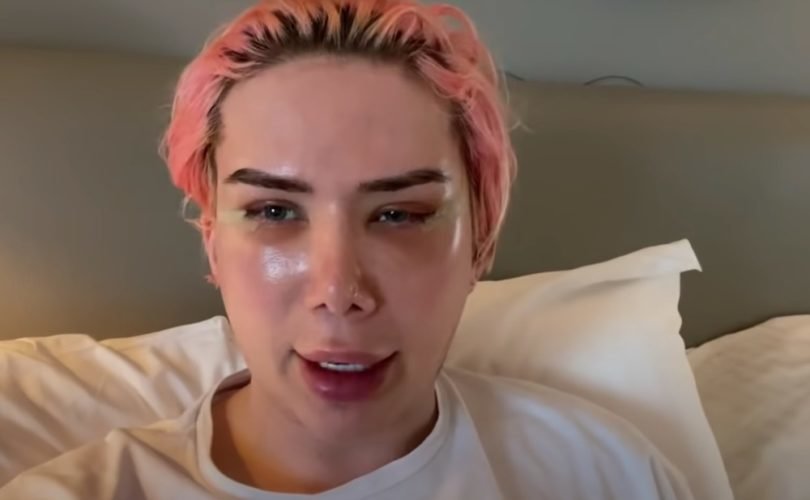 June 30, 2021 (LifeSiteNews) – As Rod Dreher observes in his recent book Live Not By Lies: A Manual for Christian Dissidents, perverse ideologies can conquer entire civilizations simply because most people choose to live by lies even if they don’t believe them simply because it is easier. Hate threatens societies — apathy destroys them. Thus, while a loud and very powerful minority in the United States is on board with the transgender agenda, the vast majority of the population simply can’t be bothered to protest. This is largely because these movements don’t impact our daily lives — until, suddenly, they do.

It is obvious to anyone with eyeballs and a functioning frontal cortex that the trans movement is making a mockery of us all. But most specifically, it is making a mockery of women. It is women who are being forced to share locker rooms and showers with their penis-packing sisters; it is women getting trounced in sporting events; and, insanely, it is women who are essentially being told that biological men are better at being women than they are.

For example, a man identifying as a woman — Kataluna Enriquez — was just crowned Miss Nevada, beating out 21 female contestants in the beauty pageant. And how do you think the mainstream media reacted to this new patriarchy-in-drag? NBC called it a “historic win.” The Courier Mail called him a “remarkable beauty queen.” Entertainment Weekly gushed that “history was made.” LGBT groups celebrated wildly at this leap forward for their cultural long-con, and it is easy to say why. I think beauty pageants are generally exploitative soft-core porn shows, but it turns out that even this bastion of female objectification can be colonized by guys — not as gawkers, but as girls.

It’s going to get crazier, too. A fellow named Oli London, a British influencer who is obsessed with K-pop star Park Jimin, decided to get a series of grotesque plastic surgeries in order to turn himself into Jimin’s doppelganger. Having achieved a disturbing parody of his idol, he has now come out as a non-binary Korean. To be clear, he is a white Englishman. But because he has been told that a male can become female with a bit of nip and tuck, he — quite understandably — believes that he can become a Korean of indistinct gender.

He released a video laying out his new identity titled “My TRANSition story”:

“I identify as Korean. That’s my culture. That’s my home country. That’s exactly how I look now. I also identify as Jimin, and that’s my career name. I know it’s a bit confusing for people—nobody’s ever come out as Korean, but this is something that you guys know if you’ve followed my journey. For the last eight years I’ve really struggled with identity issues, with who I am…I’ve finally gone through my racial transition surgery.”

Needless to say, there has been a lot of backlash — but his critics don’t have much of a leg to stand on. They’ve spent the last five years or so vigorously trashing anyone who disagrees with the premise that you can choose your own identity and mold yourself into it, and there’s no logical reason a man can become a woman but a white guy can’t become a Korean. Oli responded by saying as much: “If you can be transsexual you can also be TRANSRACIAL. Why are there such double standards & hypocrisy with people criticizing me for being Korean. It’s the same with someone who was born in the wrong body and wants to become a man or a woman. I was actually born in the wrong body!”

— Article continues below Petition —
PETITION: Stand with Hungary for protecting children from LGBT propaganda
Show Petition Text
44243 have signed the petition.
Let's get to 45000!
Thank you for signing this petition!
Add your signature:
Show Petition Text

He goes on to say that he has taken courage from everyone else coming out and identifying as various and sundry members of the alphabet club, and that he would like to use Pride Month to make his announcement, as well. London has had 18 plastic surgeries (and it really, really shows), and he uses all the same language that trans people use, noting that he “feels beautiful for the first time.” He says he previously felt trapped in his body. He even announces his pronouns: “they/then, Korean Jimin.” He then encourages others who might identify as Korean or Japanese or any other ethnicity to follow his lead and come out. After all, why not? How could anyone possibly object after everything they’ve been ramming down our throats for the last decade?

I thought that London’s video would be funny — a sort of can you believe this isn’t the Babylon Bee thing — but it wasn’t. He looks very sickly, and he doesn’t look Korean — he looks like he was brutally assaulted and got a good mauling in the process. If I hadn’t read the news coverage and watched his announcement for myself, I’d think he was just having us on — perhaps even trolling the trans movement. But he isn’t. He’s deadly serious. Our culture has broken down to the point where a young British man can get 18 plastic surgeries, insist he’s a non-binary Korean, and then use the arguments that Western governments have been busily passing into law for the past few years to warn people that they’d better not make fun of him.

Watching Oli London’s coming out video is like watching a tragedy unfold in real time — and he, unfortunately, is just a microcosm for legions of confused, hurting, and deluded young people just like himself.