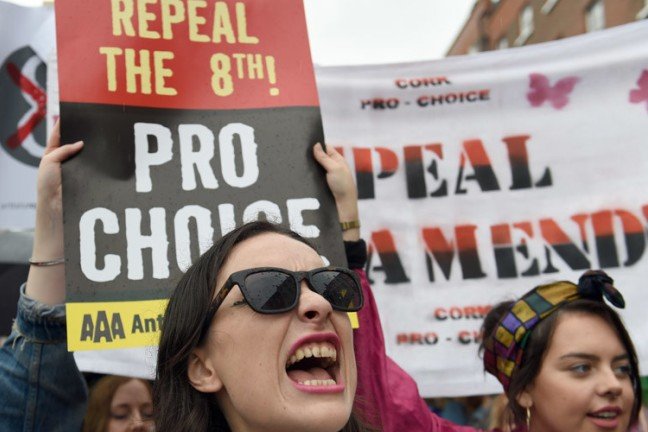 May 25, 2018 (LifeSiteNews) – Today, the Republic of Ireland will make the most significant decision she has ever made in her long and storied history: Whether to allow the killing of children in the womb to come to the Emerald Isle.

The Irish have seen civil wars before. The campaigns leading up to today’s referendum in some ways resembled one.

The Irish have faced civil wars before, but if they vote today to open their doors and usher the butchers of the international abortion industry into the institutions that now only fight to preserve life, they will not be ending the one that has raged across the country now for months. They will be beginning a new one. They will join the sad, grotesque half-century old Western tradition of pitting mothers against their babies and deadbeat fathers against the women pregnant with their unwanted children.

The Present will make war on the Future.

There will be blood, and children will die in their tens of thousands. A vote for “Yes” will give birth to tens of thousands of tragedies that many of those casting their ballots cannot yet imagine.

The abortion activists have been making war on truth so that they can begin to make war on children. I read the back of several of their pamphlets that were lying on doorsteps as I dropped leaflets throughout neighborhoods in Dublin, and these pamphlets soothingly promised that “care” and “compassion” were necessary, and that abortion was both of these things. There was almost no mention of the government’s proposal to bring in abortion on demand up until twelve weeks, and up until six months for the intentionally vague reason of “mental health.” Left unsaid, of course, was that the horrific process of dismemberment and skull-crushing necessary to evict a child at that late stage is a hideous inversion of compassion. When a few young boys yelled at me as I passed that a “Yes” vote was the way to go, I went over to them and described what abortion does to the baby in the womb. They turned pale as I gave them the facts that the compassion campaigners desperately want to hide.

Even the names of many of the groups campaigning for abortion are Orwellian. People Before Profit were hanging up signs all over Ireland, with their slogan “Socialism for the 21st Century” printed below the pro-abortion tropes like “Trust Women: Our Bodies, Our Choice.” It shouldn’t be surprising, I suppose. Socialists have always believed that a few innocents must die to make way for progress. Their platform explains that they are demanding unrestricted abortion on demand, and that religious institutions have no right to refuse them when they ask men and women who joined the medical profession to save lives to turn their tools to ridding them of their children. First truth, then babies, and finally consciences must be seared with blood and scabbed over to eliminate the inconvenient compassion and inconvenient children.

Another socialist and feminist organization hanging signs all over Dublin dubbed themselves “Rosa,” attempting to imbue themselves with the courage of the woman who refused to give up her bus seat in the struggle for African American civil rights. An organization advocating for the removal of human rights for some members of the human family calls itself by the name of a woman who fought for the human rights of others. Blind irony, I find, loses any humor when it is put in the service of death and ugliness. Many older people we met during canvassing were bewildered by it. “What about the babies?” one woman asked plaintively. And that is precisely it.

The campaigns are winding down today. Many of the Irish pro-life activists who have been fighting for every waking moment are almost too tired to stand. They have left it all on the field, and now there is nothing to do but pray. The world is waiting and watching Ireland—some begging God to keep abortion away, and others salivating carnivorously at the money that can be made if Irish children, too, become available to the money-glutted abortion industry. They, unfortunately, do not believe in people before profit. At the end of the day, it will be the Irish people who will choose the fate of their country.

For those of you that pray, spare a prayer for Ireland’s children today.