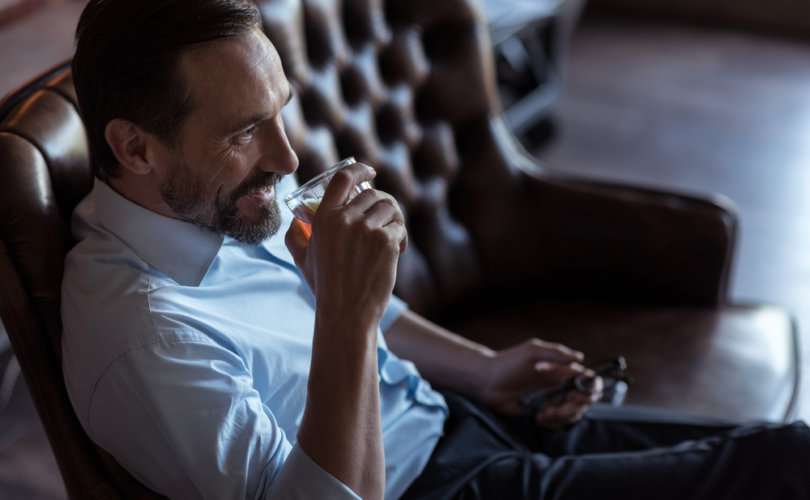 September 3, 2019 (LifeSiteNews) – We’ve known for some time that feminism, an ideology that originally purported to be dedicated to the advancement and equality of women, has long since devolved into a shoddy cover for abortion activism. Anything can be sacrificed to ensure that babies can always be sacrificed so that the parents of these hapless children can live as they wish. In post-modern feminism, female freedom has been chained to the fictitious right to feticide, and mothers have been pitted against their own children. Babies, who were once seen as a source of joy, are now presented as a threat to female happiness.

But rarely have researchers come out and so blatantly appealed to the selfishness of men in their bid to push back recent pro-life gains on the state level. Back in July, a team at the University of Utah announced (to the surprise of nobody) that young men have an easier time of things if their children get aborted. This fact, the researchers opine, shows that abortion is very beneficial—and their study, published in the Journal of Adolescent Health, is, what Medical Xpress called “timely given renewed efforts to limit access to abortion.”

Led by Bethany G. Everett, an assistant professor in the university's Department of Sociology, the study provides insights into how male adolescents are “abortion beneficiaries”—a term used by Katie Watson in “Scarlet A: The Ethics, Law and Politics of Ordinary Abortion” to explore the social contracts at play and how abortions benefit individuals beyond the patient…”It is important that we recognize the stigma women who have abortions and abortion providers face, yet there are people—namely, their male partners—who reap the benefits of this emotional labor and about whom we never talk,” Everett said. “What we found is that women's use of abortion during adolescence increases the likelihood that their male partners will graduate from college.”

The authors make no attempt to disguise the fact that the intended impact of this study is to appeal to the self-interest of men in the raging abortion wars, with Everett noting, in the words of Medical Xpress,  that “the study demonstrates important implications in restricting access to abortion services that may be neglected in current debates” and adding later that “restricting access to abortion will not only negatively impact women, but has far reaching damaging effects for partners and families.”

It is simply taken for granted that abortion, the intentional physical destruction of one’s offspring, will not have a negative impact or far-reaching damaging effects for partners and families.

Further to that, Everett noted that abortion is financially beneficial to men, stating that: “Given what we know about the links between education and future income, it is likely that the wage gap will widen as these men age, allowing men whose partners reported abortions to continue to reap financial benefits from access to abortion.”

In short, men who have fewer children (or have their first children aborted) have fewer financial responsibilities, a fact that we scarcely needed a study to tell us. It is not news that children cost money, and those deliberating the abortion decision often do so for financial reasons, out of selfishness, fear, or both. Men often bully women into abortions by insisting that they will not stick around to care for the child, and many pay child support only when forced to by the state.

This is another example of how the abortion activists are fully willing to pit men and women against their children by promising them that killing their offspring will free them to be successful and happy—and to pit men against women who want to keep their children by telling them that they have a better chance of living the life they want if abortion, rather than a baby, enters the picture.

The authors of this study have not told us anything new about abortion—they have simply reminded us how ugly their worldview is, and how barren their view of family and children is. In their world, men and women should sacrifice their babies to get ahead, and people should rise in society by climbing atop the corpses of their own children.

Jonathon’s new podcast, The Van Maren Show, is dedicated to telling the stories of the pro-life and pro-family movement. In his latest episode, he interviews Lynn Mills, the pro-life activist who was instrumental in taking down abortionist “Dr. Death” Jack Kevorkian. You can subscribe here and listen to the episode below: