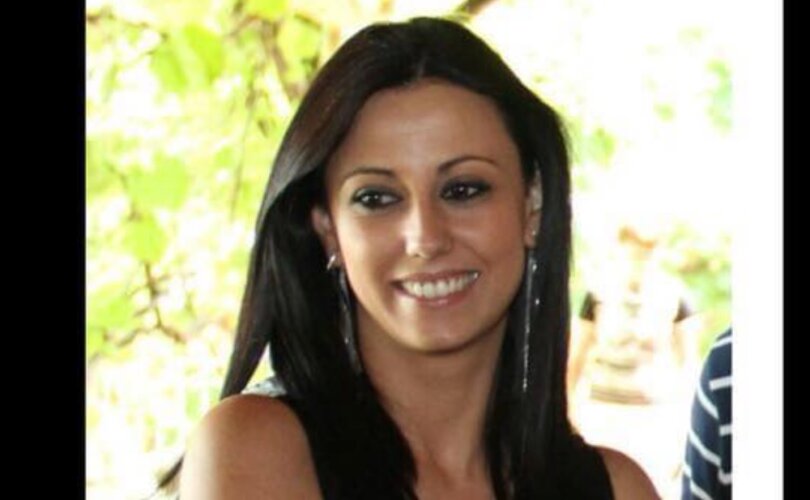 (LifeSiteNews) – Four Italian doctors were found guilty of manslaughter on October 27 and given six months suspended prison sentences by a court in Catania, Sicily, for professional misconduct after a 32-year-old woman died of sepsis during a miscarriage while under their care in October 2016.

The victim of the tragic events, Valentina Milluzzo, was pregnant with twins; she died – if the mainstream press is to be believed – because all the doctors at the Cannizzaro Hospital in Catania were conscientious objectors who failed to give their patient the abortion that would have saved her life.

Since then, Milluzzo has been touted by the pro-abortion movement as an emblem of its cause, especially in Italy where some 70 percent of doctors refuse to perform abortions for reasons of conscience – with an even higher proportion, up to 90 percent, in the southern half of the country. This instrumentalization of the victim’s untimely death was helped along by her bereaved family. They filed a complaint against the doctors on the grounds of their conscientious objection. The controversy was further exacerbated by accusations against the Catholic Church and its influence on the Italian population. Indeed, Catholic faith and morals have been held responsible for the “avoidable” death of Valentina Milluzzo.

But there is much more to her story than these ideologized accusations would have you think.

While the ruling of the penal tribunal of Catania has not yet been made fully available to the press, it is already clear that the four doctors on duty on October 14 and 15, 2016 on the ward where Milluzzo lost her life—Silvana Campione, Giuseppe Maria Alberto Calvo, Alessandra Coffaro, and Vincenzo Filippello—were not indicted because of their conscientious objection (which they did not deny), nor was the failure to procure an abortion the only or most important reason for which they were found guilty of manslaughter.

— Article continues below Petition —
SIGN: Pope Francis must revoke nomination of pro-abortion atheist to Pontifical Academy for Life
Show Petition Text
9513 have signed the petition.
Let's get to 10000!
Thank you for signing this petition!
Add your signature:
Show Petition Text

Instead, the tribunal spoke of “professional misconduct” on their part for “carelessness, negligence and incompetence” because they had in particular failed to give Valentina “proper antibiotic treatment.” According to the single judge who handed down the decision, they also failed to “recognize the presence of sepsis in progress in a timely manner;” they failed to “collect samples for microbiological tests;” they failed to “administer hematins during treatment;” and finally, they failed “promptly to remove the source of infection: the fetuses and placentas.”

It was the combination of all these events, according to the Public Prosecutor of Catania, that “determined the [development] of sepsis into irreversible septic shock resulting in multi-organ failure and disseminated intravascular coagulation” and caused the patient’s death.

In other words, when 19-week pregnant Valentina Milluzzo was admitted to hospital with fever, pains, and all the signs of an impending miscarriage, she was already at risk of serious infection and was neither properly monitored nor given proper medication for the condition. If the judge’s findings are correct, the young woman surely died of sepsis – but it was an untreated sepsis, and by the time her family was clamoring for the doctors to remove the twins – one of whom had died in the womb, according to Italian press reports – it may well already have been too late to save her.

Accounts of the tragedy certainly raise questions that are difficult to answer without access to Valentina’s medical files. Commenting proceedings in 2018 when seven doctors of the gynecology and obstetrics department of Cannizzaro Hospital were formally indicted (three of them were acquitted by the October 27 ruling), the Italian pro-life organization Pro-Vita & Famiglia noted that hers was a case of septic spontaneous abortion in which conscientious objection “plays no role.”

Accounts of the last hours of the young woman, as recalled by her family, suggest that a doctor attending to her refused to give her painkillers on their demand because, he said, her pain was due to labor, which means she was effectively miscarrying. It is also alleged that the family was told that the doctors were unwilling to perform an abortion at that point because one twin’s heart was beating – but once again, Valentina was already in the process of giving birth, and in a situation of incorrectly diagnosed sepsis.

In many respects, her story is reminiscent of that of Savita Halappanavar, the young dentist of Indian origin who died of sepsis in Ireland in 2012 after commencing a miscarriage that failed to progress normally. She was refused an abortion because the procedure was illegal at the time in Ireland and soon became the figurehead of the campaign that would lead to the depenalization of abortion in Ireland six years later. As in Valentina’s case, Savita was not diagnosed with septicemia – she was even sent home without a proper check-up when she first went to hospital complaining of severe pain. She did not receive proper and speedy treatment for her infection.

Savita Happalanavar was “used” to legalize abortion in one of the last European nations to resist the state whitewashing of an abominable crime; Valentina Milluzzo is now serving as an excuse to bash the right of doctors to refuse to participate in the direct and voluntary killing of unborn children. Stories in the Italian and international media accusing conscientious objection as the cause of avoidable maternal deaths are proliferating. That right is also being weaponized against the teachings of the Catholic Church on procreation.

However, the very rarity of such cases – so rare that they make international headlines and are instrumentalized to trigger gut responses the world over – show that they should not be used to change general legislation, especially when it seems that medical malpractice through absence of diagnosis and lack of treatment was the root cause of both these tragic deaths. Would the deliberate killing of their unborn (and much desired) children have saved Savita and Valentina? It is impossible to say.

There is a further twist in Valentina Milluzzo’s case. She was pregnant with twins following an in vitro fertilization procedure: 19 weeks before her death, two test-tube conceived embryos were implanted in her uterus. And that pregnancy went very badly wrong.

In its 2018 article, Pro-Vita & Famiglia commented: “Who knows if the fact that the babies were conceived in test tubes and then implanted in the woman’s uterus is entirely irrelevant to the infection? But you know how it is: if there’s conscientious objection to be pounced on, everyone is in the front row. If there is any doubt to be raised about the safety of artificial fertilization (…), then all are silent.”

What is certain is that if the Church’s objections to in vitro procreation had been heard and taken into account – and they derive from the same principle of respect for human life, natural law, and divine providence as the Church’s condemnation of abortion – Valentina Milluzzo would not have died with terrible suffering during the miscarriage of her poor, tiny twins. Some will say that is a heartless remark. But they are the same who deny doctors the right to refuse to give death instead of life. Emotions work both ways. Only the truth sets free.