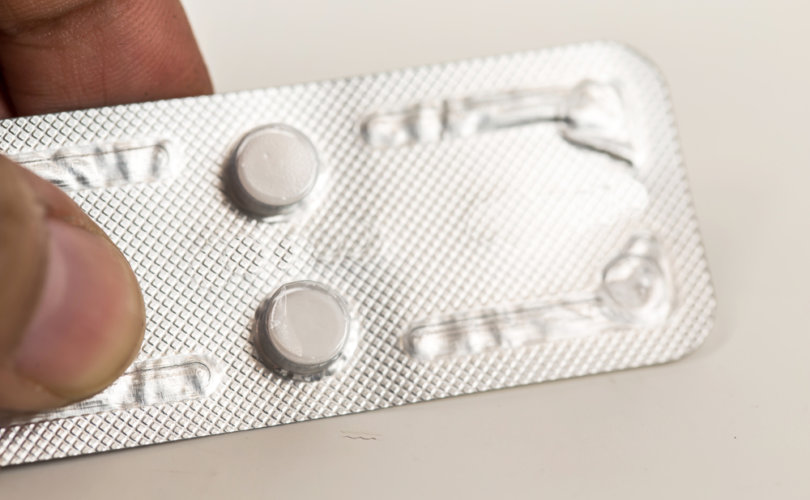 (LifeSiteNews) – One of the most powerful anti-abortion videos produced in recent years is, strangely, an animated short film put out by the Canadian-based group Choice42.

Titled simply “Modern Child Sacrifice,” the video flashes through a series of haunting scenes showing babies being sacrificed to Moloch; drums thundering next to idols to drown out screams; forceps pulling a child apart; flashes revealing the shadow children that die so our sunny, smiling world can carry on as if they’d never existed. It is visceral and gut-wrenching precisely because it is undeniably true.

Pro-lifers have been comparing abortion to child sacrifice for decades now, most notably Gregg Cunningham of the Center for Bio-Ethical Reform (who has created displays centered around that theme). In the past, children were sacrificed to pagan gods to bring good crops; for victory in battle; to show the idols the ultimate fealty.

It is a sick irony that we are in many ways worse than those who killed their children on these altars. They sacrificed their children because their sons and daughters were the most valuable thing they could offer the gods they served; we suction, poison, and dismember our children and toss them in the trash as if they are worth nothing at all.

Abortion is child sacrifice, but rarely do those procuring abortions intend their lethal acts of convenience to be seen that way. That fact makes a 2021 video that has surfaced again all the more shocking.

Titled “How to build an altar for your mifepristone + misoprostol abortion,” the video is produced by an abortion doula as part of the “Self Guided Abortion” project, which provides information to walk women through taking the abortion pill in order to first poison and then expel their child. “Abortion,” the website says, “is sacred.” As the site puts it:

Part of that “abortion journey”—which is notably different for the child than for the mother—is building a literal altar.

“Building an altar for your abortion can be a really cathartic procedure,” the doula says. “It’s a really beautiful way to give reverence to the experience and hold the experience in a really sacred way.”

She burns some sage and waves smoke about and smudges her little wooden altar. Then, she puts a cloth on the altar, a candle (“so there’s always light within the darkness”), an icon of the Virgin Mary, crystals, and an empress Tarot card. She waves smoke around the abortion pills to increase their “healing.”

Finally, she produces a container for the altar—in which women can place “the fetal remains” or the “products of conception.”

In other words, the baby who has just been killed by pills.

Roe v. Wade is dead, but there are women putting dead babies on altars in a post-Roe America. The work is just beginning, and the darkness contains far more evil than many recognize (or are willing to recognize.)

Justice Samuel Alito, who wrote the Dobbs decision overturning Roe v. Wade, recently spoke to a conference on religious liberty in Rome. Religious liberty, Alito noted, has limits. “Suppose a group wanted to revive the worship of Moloch and the associated practice of child sacrifice,” he told the audience. “No society would tolerate that today.” On that, he is sadly wrong.