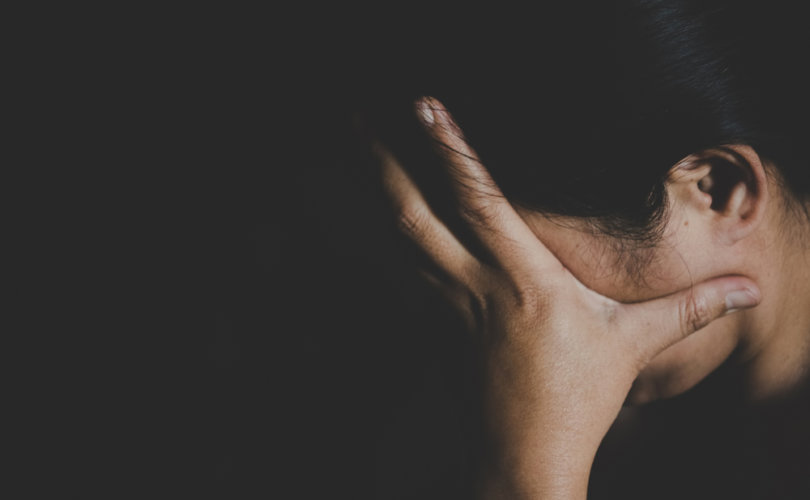 November 16, 2018 (LifeSiteNews) – Eight months ago, the pro-life organization Live Action uploaded a three-minute video clip of a young woman giving an extraordinarily powerful testimony about being raped and becoming pregnant. Jennifer Christie explained to the Iowa legislature that she’d been brutally raped while on a business trip, her bruised body flung into a stairwell after the attack.

Despite the horrors she’d endured, she was not speaking for crime victims, she said. Rather, she was speaking for the 32,000 women who become pregnant after rape—and the 75% of those women “who give our children life.”

Christie was representing Save the One, an organization that represents people who were conceived in rape, as well as mothers—like herself—who have children conceived through sexual assault. Her son, Christie stated tearfully, is “a reminder that love is stronger than hate.” Further, she said, “Do not use me, and my rape, and my story…as a banner to hide behind and excuse the genocide of the innocent.”

The moment was powerful, and the video went viral, racking up 1.4 million views to date. Jennifer expected to receive backlash for taking a stand. All pro-life activists do. What she did not expect was the sheer viciousness and hatred unleashed on her by some on the pro-abortion side.

Jennifer flashbacked to her own trauma, threw up, and couldn’t catch her breath—just as the sender of the video intended. Someone furious that Jennifer was defending her son’s right to exist and condemning abortion as the killing of pre-born children wanted to make her suffer for her stand in the most repulsive way they could think of. In response to this, Facebook did nothing.

That was only the start. Rape videos were sent to her two more times through her professional speaker’s page. She was also sent a video of a man cutting off a woman’s breast, followed by flashing strobe lights. Christie has epilepsy—something she has discussed in articles and public speeches. Whoever sent her the video had combined horrifying sexualized violence with an attempt to trigger an epileptic attack. It worked: She had a tonic-clonic seizure as a result.

Christie now says that she was naïve not to expect these attacks—she simply did not expect this level of vitriol from the other side.

I could cite other examples, as well—female friends in the pro-life movement have told me that abortion supporters have even photoshopped them into explicit pictures and sent it back to them with ugly, demeaning messages. Often, they receive threats of violent assault—I was sent screenshots and had brutal messages described to me when I asked several female pro-life activists what sort of online harassment that they face.

It is an irony that some of the men claiming to be supportive of “women’s rights” respond to the suggestion by pro-life women that killing pre-born children is wrong by sending them degrading, violent sexual imagery in order to suggest that they should be attacked and demeaned for their stance. It is awful to think that young women defending the weak and the vulnerable and standing up for their own children would be subjected to sexualized attacks.

And it is incredibly sad to think that some people are so filled with hatred that they would attack a victim of rape simply because she loves her son.