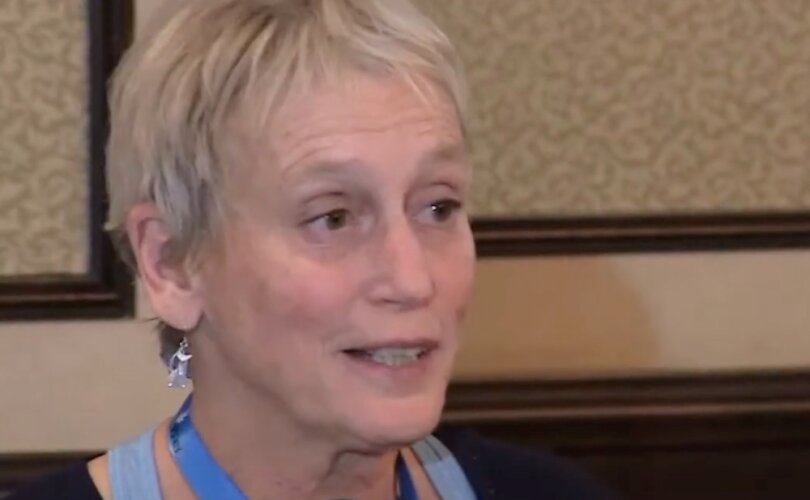 (LifeSiteNews) — More than 10,000 people were killed by euthanasia in Canada in 2021. Dr. Ellen Wiebe, who has personally dispatched more than 400 people, is proudly contributing a significant percentage of that kill count. In fact, in a recent speech to other doctors who work in the Canadian killing fields, she bragged that she was willing to kill patients that others refused to clear for MAiD (“medical aid in dying,” the current euphemism for euthanasia and assisted suicide). Wiebe’s work has attracted horrified coverage overseas, with the Daily Mail publishing a profile of her role in Canada’s carnage.

According to a long report published in The New Atlantis by Alexander Raikin titled “No Other Options,” a suicidal man who was told he was ineligible because he had no serious illness and lacked “the capacity to make informed decisions about his own personal health” was cleared by Wiebe, who flew him to Vancouver and killed him there. “It’s the most rewarding work we’ve ever done,” Wiebe told fellow physicians in 2020. Another euthanasia doctor, obstetrician Stefanie Green, stated that she’s ended the lives of 300 people through MAiD thus far.

Both The New Atlantis and the Daily Mail cited a litany of stories to which we’ve begun to grow accustomed. There is 41-year-old Rosina Kamis, who did not have a terminal condition but was facing eviction and was short of money for food. Lonely, she decided that suicide was “the best solution for all” and died by lethal injection in her basement apartment on September 26, 2021, her ex-husband’s birthday. A 55-year-old patient named Mary was featured in a MAiD presentation; the presenter noted that “[s]he does not want to die, but she’s suffering terribly and she’s been maxing out her credit cards. She has no other options.”

The list seems endless. There is 68-year-old Nancy, a former doctor who ran out of money; 57-year-old Greg, a homeless writer; 38-year-old Lucy, a gender-confused immigrant suffering from chronic pain. Stefanie Green has insisted that such stories are false. “You cannot access MAiD in this country because you can’t get housing,” she said. “That is clickbait. These stories have not been reported fully.” Wiebe, however, is supportive of suicide for those who are lonely or poor. “As all Canadians have rights to assisted death, people who are lonely or poor also have those rights,” she told The New Atlantis. Wiebe is also a big proponent of assisted suicide being available for those suffering from mental illness.

What these profiles do not mention about Dr. Ellen Wiebe is that she is also an abortionist, and has dispatched patients on both ends of life’s spectrum at her Vancouver clinic. Also unmentioned is the fact that on June 29, 2017, Wiebe and a nurse sneaked into the Louis Brier Home and Hospital, an Orthodox Jewish nursing home in Vancouver that forbids assisted suicide. Wiebe smuggled her lethal drugs and other equipment in large bags, avoided the front desk, and gave an 83-year-old man with cancer a lethal injection in his room on his request. An uproar broke out when this was discovered—the residence is home to many Holocaust survivors who understandably found this event traumatizing.

A complaint was brought against Wiebe at the College of Physicians and Surgeons of British Columbia. That complaint was dismissed, with the College claiming that Wiebe didn’t break any regulator’s rules even if she did break the rules of the nursing home. The story is an indication of the sort of person Ellen Wiebe is, and just how far she is willing to go. The deeply-held convictions of the Louis Brier Home and Hospital didn’t mean anything; neither did the peace of mind of the Holocaust survivors and other elderly who lived there. For Wiebe, giving patients lethal injections is “the most rewarding work we’ve ever done.” Presumably, she’s contrasting that to her history of ending life in the womb.

In Canada, however, she’s hailed by the mainstream media as a “pioneer.” Like Henry Morgentaler, she’ll probably be given the Order of Canada.