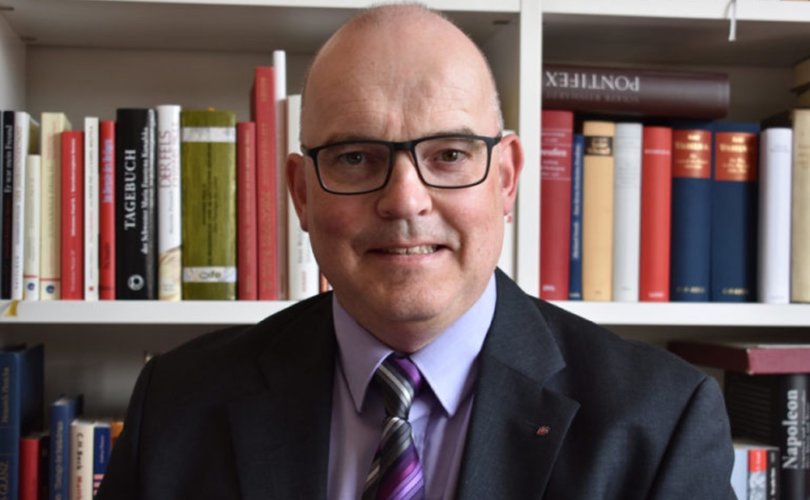 August 20, 2018 (LifeSiteNews) – After today's publication of Pope Francis' letter of apology to the People of God, Dr. Markus Büning, a German theologian, lawyer, and book author who himself was abused by a priest as a child, removed his public support of an initiative defending Pope Francis.

It was only decades after his abuse, when his mother heard that the abusive priest had been arrested and asked her son about his experiences with that priest, that Dr. Büning revealed his childhood suffering. The Catholic Church later recompensed him materially and apologized to him.

On this background of his own suffering, it is understandable that he would have a special sensitivity and attentiveness toward the question of how the Catholic Church under Pope Francis now responds to the new revelations of more child abuse by the Church's clergymen and hierarchy.

Dr. Büning himself now considers the Pope's new letter concerning the abuse crisis to be too vague and unspecific, and he is quite indignant about the papal call merely for certain kinds of penance, instead of removing the guilty bishops from their offices and using the Church's penal law. The German theologian states: “By now it becomes clear that Pope Francis does not assume his responsibility, except for his frequent words. Such a Pope I can only pity.”

In the following, we present the letter in its entirety which Dr. Büning shared with us.

I hereby request the immediate removal of my picture and my signature as a supporter of your initiative “Pro Pope Francis.” The final reason for this decision is the Pope's text concerning child abuse as it has been published today (see here the text).

This text is absolutely insufficient and a great disappointment. It mostly contains a far-reaching unspecified “pastoral speech,” which finally does not take sufficiently serious the suffering of the victims and their family members. Additionally, there is missing a clear plan of action: What is now with the bishops who have failed and have helped to cover up? Will the Pope now remove them from their offices, also if such cases were to become public in Germany, for example? After such a vague letter, most probably not. What about the homo lobby in the clergy which here very obviously has worked evil for years? No, not one single word about this problem! This is all weak and not trustworthy. And if the Pope criticizes here rightly the problem of clericalism, then he should kindly himself stop with this kind of attitude of treating us Catholics in this vague manner, from high up above. He now has to act. He has to develop a plan against the abusers and their supporters. But he obviously does not do it.

His call upon to the People of God now to do penance for the sins of these bishops and priests, with the help of fasting and prayers, I consider to be nearly cynical. I will not do such a rubbish thing! How shall I as a victim of abuse myself now also go about doing penance for my childhood molesters? Are you right in your mind? Should my wife, my children, my friends and relatives who are Catholic now do penance for that kind of man? Are you kiddin'? No, the Church has to punish here! For that, she has her own penal law! If she does not do it, she turns herself even more into an accomplice of unbelievable crimes.

No, dear Professor Zulehner, by now it becomes clear that Pope Francis does not assume his responsibility, except for his frequent words. Such a Pope I can only pity.