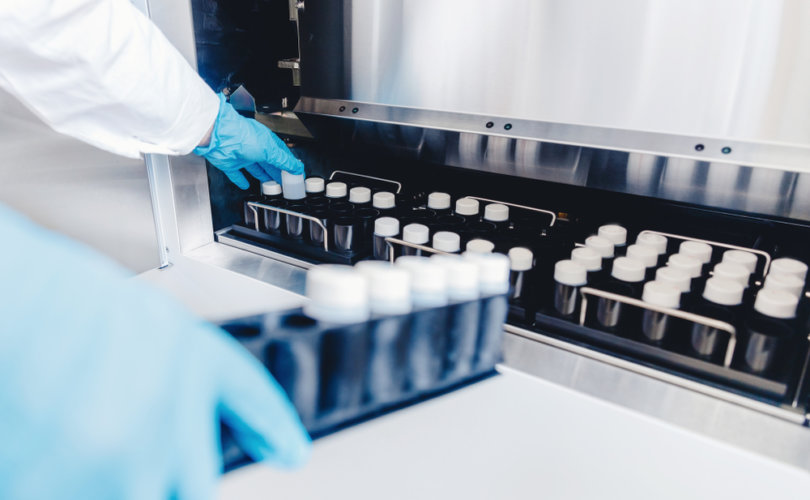 November 29, 2019 (LifeSiteNews) – A couple of years ago, some of you might remember, California state Senator Scott Wiener of San Francisco sparked outrage by putting forward legislation that would reduce knowingly exposing others to HIV from a felony to a misdemeanor. In other words, withholding the information that you are HIV-positive from the partner you are sleeping with has become no longer a felony in California. The same legislation also applied to those who give blood to a blood bank without disclosing that they are HIV-positive. Wiener himself, unsurprisingly, is HIV-positive, and trumpeted the legislation as a way of “reducing stigma” around those who have this condition.

I’m not precisely sure how hiding this very important information from a sexual partner who might contract that condition as a result of this omission does anything to “reduce stigma”—it seems to me that it might do precisely the opposite. But Wiener’s crude little crusade is nothing compared to how ludicrous New Zealand’s attempt to reduce the stigma round HIV is. According to The Telegraph, the Kiwis have “launched the world’s first HIV positive sperm bank in an effort to reduce the stigma round the virus.”

The description of this bizarre new endeavour is — irony alert — sure to have ladies lining up for blocks to take this totally unnecessary risk that does absolutely no good to anybody whatsoever: “Online sperm bank ‘Sperm Positive’ has begun with three HIV positive male donors, who all have an undetectable viral load, meaning the virus cannot be passed on even through unprotected sex. While the amount of the virus in their blood is so low it cannot be detected by standard methods, it does not mean the HIV has been completely cured by the treatment.”

I’m sure you’ll agree  — irony alert — that the above description sounds very reassuring.

The cold and brutal reproductive technology industry has already spawned the strange scenario of women poring over profiles as they attempt to select which sperm donor they want to use to conceive their (generally) fatherless children, determined to pick the perfect genetic specimen as their stud. But some activists apparently feel that those same women would be perfectly willing to select sperm from HIV-positive donors just to help “reduce the stigma” of—what, exactly? A condition that can, potentially, lead to the dreaded and fatal AIDS?

Unsurprisingly, Sperm Positive donor Damien Rule-Neal told The Telegraph that he was pleased to participate as “there is a lack of education and understanding in New Zealand about what an undetectable status meant, and that he had experienced stigma about living with HIV in his personal life and his professional life.” In fact, he says, he knows many people with HIV who went on to have children, and The Telegraph noted that “HIV-positive men can father children with minimal risk of transmission to their partner or their baby as long as they have up-to-date advice, support, and HIV medications, even if their virus is detectable.”

And so now there are apparently some people who genuinely thought it was a good idea to start a sperm bank where women who are on the hunt for the seed of HIV-positive men can finally have all their dreams come true.

Most people, I suspect, will read the news of this new endeavour and roll their eyes or shake their heads. Willingly placing other people at risk of becoming HIV-positive in order to “reduce stigma,” even where there is “minimal risk,” is immoral and unconscionable.

But if you listen to Wiener and Rule-Neal, other people—be it partners or in this case, children—must be willing to run a potentially deadly risk in order to “reduce stigma” for others.

The very suggestion of it will probably do precisely the opposite.

Jonathon’s new podcast, The Van Maren Show, is dedicated to telling the stories of the pro-life and pro-family movement. In his latest episode, he interviews David Bereit, the co-founder of 40 Days for Life. Bereit co-founded 40 Days for Life, an international campaign that aims to end abortion through local prayer and fasting, community outreach, and a peaceful all-day vigil in front of abortion businesses. Van Maren speaks with Bereit about how he turned a protest outside of a single clinic into a worldwide movement and the role prayer played and plays in the movement.