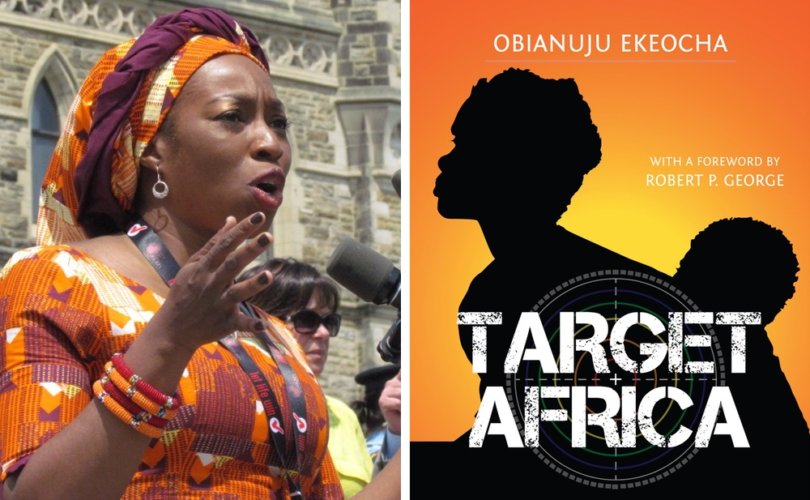 May 4, 2018 (LifeSiteNews) – For the first few months that I dated my now-wife, she was living in Africa, where for a half-decade she spent a good portion of every year. She worked with a  non-profit for street kids near Arusha, Tanzania, and over hundreds of pages of emails she tried to explain to me what African culture is like. “Tanzanians are all about hospitality and making you feel welcome,” she wrote. “Even if it’s the last piece of bread in the house, they will insist you have it. You are their guest, they are honoured to have you there, and you must eat.” And: “One of my favorite things about this country is the open acknowledgement that God exists and He really is almighty. I know they don’t always follow it, but it’s hard to run from it when it confronts you every 13 seconds. On the dallas (vans): ‘God is Omnipotent.’ On the semis: ‘Thank God every day.’ On the buildings: ‘Jehovah is Great Supermarket.’ On the pikipikis (motorcycles): ‘God will protect you.’”

It was Charmaine’s attempts to explain African culture that came to my mind when I began to read Nigerian pro-life activist Obianuju Ekeocha’s new book, Target Africa: Ideological Neo-Colonialism in the Twenty-First Century.

Ekeocha, who is an internationally acclaimed pro-life speaker as well as a bio-medical scientist in haematology working in the United Kingdom, has penned one of those books that we will look back on decades in the future and point to as a watershed moment—the moment when a young African woman, the youngest of six children, decided to tell the Western elites how truly offensive, paternalistic, and neo-colonial their so-called humanitarian adventures in Africa really are.

Ekeocha’s riveting appearance on the BBC, when she demanded of a rather shocked white broadcaster how she dared to presume to know what African women needed, was Ekeocha speaking for millions of women that currently serve as a social experiment in mass sterilization for Western nations.

So-called humanitarian aid, Ekeocha writes, now almost always comes with strings attached—contraceptives, demands to legalize abortion, perverse Western sex education, and the abolition of traditional African values in exchange for post-modern Western one. “These solutions,” she writes, “rely heavily on a single-minded strategy that entails removing or drastically reducing the source of the population growth in Africa—female fertility. Thus, Western nations, organizations, and foundations wage war against the bodies of African women.” The average African woman, she points out, wants more than six children—and some want more than ten children. There is no problem of excess children on the African continent, and Ekeocha describes the loud rejoicing and village dancing that accompanies the birth of a baby—an event, she notes, that she has never heard accompanied by a whisper of complaint.

Although it is rarely mentioned, the bulk of Western cash in Africa is actually spent on population control measures that have not been requested by the populations of those nations. When I spent some time in Africa a couple of years ago, one young man told me that they knew if a new non-profit coming into town had their own agenda, or actually wished to help within weeks—if they wished to help, they would actually listen to the African people rather than simply attempt to impose their ideological agenda.

“How does practically sterilizing the poorest women in the world give them control over famine, draught, disease, and poverty?” Ekeocha writes. “This expensive contraception project will only make them sterile at the cheapest rate possible. This is certainly not what we African women have asked for. It is not the help that our hearts crave amidst the trials and difficulties of Africa. But in a world of shocking cultural imperialism, it is what our betters have chosen for us.”

African women still largely reject contraception—statistics indicate that they have by far the highest “discontinuation rate” in the world—as well as abortion, which is still seen as the shocking destruction of a child in the womb in most places. Over 50% of non-contraception users in many African countries indicated that they do not want to start using, and a 2011 study showed that in 20 African countries the annual rate of contraception use has only gone up by 1% or less, despite hundreds of millions of dollars worth of Western promotion pouring into those countries. The reason for these ongoing projects, Ekeocha notes, is that many African countries rely on Western aid to make up their budget shortfalls—they are, she writes “aid addicts.” And further to that, many wildly rich African leaders are engaged in full-scale corruption and are willing to accept unwanted Western projects as long as they can extract a payoff along the way.

Western organizations, Ekeocha writes, are attempting to sell the African people on a series of lies. They claim that condoms reduce sexually transmitted diseases, which has not proven to be the case. They claim that contraception will “unlock the economic potential of African women,” and that abortion (rather than maternal healthcare) will reduce maternal mortality. And they claim that the traditional family structure that has sustained African culture for millennium is oppressive, and that traditional sexual values must be done away with in order for society to flourish. These things, she says, fly in the face of African values—which is why African countries frequently vote against UN resolutions drafted to address African problems. After all sorts of progressive language got forcibly inserted into one resolution, a delegate from sub-Saharan Africa walked out dejectedly muttering, “It’s all about sex, sex, sex for them.”

Despite the massive pressure of ideological neo-colonialism and millions upon millions of dollars being poured by Western nations into Africa, most African countries have still proven resistant to giving up their values. When a Nigerian leader smuggled the legalization of abortion into a bill on violence in the Imo State House of Assembly, a massive backlash forced a repeal of the law in 2013 and an apology from the governor to the people. Despite enormous pressure from Western groups like Amnesty International and Human Rights Watch, Sierra Leone’s President Ernest Bai Koroma refused to sign a bill legalizing abortion, noting the lack of public support for such a bill. Kenyan lawmakers inserted protections for pre-born into their constitution in 2010, which noted that “Every person has the right to life” and that “The life of a person begins at conception,” despite attempts by the Western elites to stymie this move. Uganda added explicit protections for pre-born children into their constitution in 1995.

For Africans to fight back, Ekeocha writes, education is key—after all, her grandfather sold coconuts while her father got a master’s in accounting from Cambridge. Population control only makes sense from a perpetual donor perspective—they want to be supporting a smaller population. But Africans need to become self-sufficient, and wean themselves off aid—Ekeocha writes that highlighting the corruption of some African leaders will be essential in doing this. People must become aware of the massive failure of aid in actually creating any permanent development in African countries, and stand up to patronizing treatment by Westerners.

“The most precious gift that Africans can give to the world right now is our inherent culture of life,” Ekeocha writes. “Most Africans understand, by faith and tradition, the inestimable value of human life, the beauty of womanhood, the grace of motherhood, the blessing of married life, and the gift of children.” To protect this legacy, she told me in an interview, African legislative bodies need to begin passing further laws protecting pre-born human life to stymie Western attempts to bring feticide to their nations. If we abandon our African values, she says, we will lose more than just our culture—we will “lose our very selves.”

We will be hearing more from Obianuju Ekeocha in the years to come.