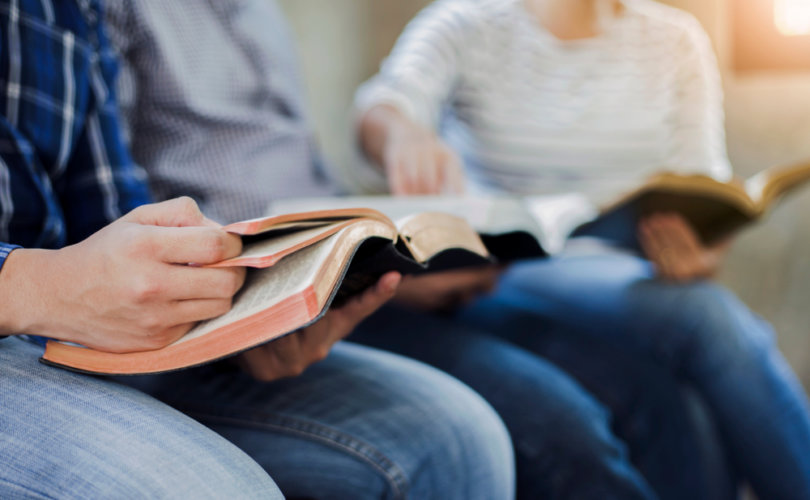 May 20, 2020 (LifeSiteNews) – Very few Christians have noticed, but one of the most dangerous developments for religious freedom in decades has been unfolding in Calgary, Alberta.

A city council committee has already unanimously approved a so-called “conversion therapy” ban bylaw after a two-day public hearing featuring 121 speakers and 1,800 submissions on the subject. The bylaw is a sweeping assault on parental rights, religious freedom, and the rights of those with unwanted same-sex attraction and gender dysphoria.

LGBT groups are already speculating on Twitter that if the ban passes the final vote at City Council on May 25, it could pave the way for similar nation-wide legislation.

Graeme Lauber is the executive director of Free to Care, an organization that seeks to build bridges between Christians and other groups in Canadian society as well as working to protect the rights of individuals to determine their own understanding of their sexuality and gender identity. For Lauber, it is personal—he realized he was attracted to other men when he was in middle school, but also understood that a relationship with a man was not something that God wanted for him. As an adult, he committed to a marriage with a woman, a relationship he describes as “the most important and life-giving relationship” in his life.

A key component to the success of his marriage, he says, “has been the ability to access the love and support of other Christians for his choice to follow Jesus in his relationships and sexuality”—support which he now sees as under threat from current “conversion therapy” bylaws. Lauber has become an outspoken activist opposing this bylaw, and is urging Christians to stand up and push back. He was kind enough to agree to an interview with me earlier this week.

LifeSiteNews: What is the background of this bylaw?

Graeme Lauber: The bylaw is part of a larger trend we are seeing in Canada. Some municipalities passed anti conversion therapy bylaws a couple of years ago, but these were very focused on the municipality’s jurisdiction (business licenses) and made provisions for people to consent to the help they wanted and for people to practice their faith. They were also more focused on therapeutic practices that would change sexual orientation.

Over the past couple of years, we have seen that the wording of the bylaws have become “tighter” in the sense that provisions allowing adults to consent to the counseling or support of their choosing have been eliminated, and allowance for religious practice have disappeared. Also, rather than banning efforts to change sexual orientation, the bylaws seek to ban traditional beliefs about sexuality, so that counseling people or holding speaking events where the definition of marriage as between a man and a woman would effectively be banned.

Who is pushing for it?

There is an academic at MacEwan University in Edmonton by the name of Kristopher Wells who has pushed the most recent bans through. He has created literature and consulted with municipalities to get the harsher municipal bans passed in places like Edmonton and Fort McMurray. He was present throughout the proceedings at Calgary City Council.

What does it include?

One of the most worrying aspects of the bylaw is that it includes using any “practice, treatment or service” that is meant to “reduce non-heterosexual behaviour” – so this means that anything that is done, and this includes prayer and pastoral counseling, in an effort to reduce certain types of sexual behaviour in an individual. This means that the bylaw could be interpreted to mean that even trying to help people get over a sexual addiction could be in view, if it is non-heterosexual.

During an open committee meeting, Calgary City Councillor Gian-Carlo Carra said that the bylaw “absolutely applies to churches” and a range of activities that could be punished with a $10,000 fine were made clear:

Why is it so dangerous?

The biggest concern is that this has been a significant bait and switch. In people’s minds “conversion therapy” is a practice of shaming and abusing people due to their sexual orientation. However this bylaw bans much more than simply coercion – it seeks to ban sharing an opinion or belief around the definition of marriage and it shuts off support for anyone who has same-sex feelings but does not want to act on those feelings.

In the end, this bylaw is rooted in the belief that our sexual feelings are “who we are” – that our attractions are somehow defining for us. The reality is that not everyone sees themselves as defined by their sexuality, but those people cannot get help and support – that will be unavailable to them under the bylaw.

What should worry everyone most, however, is that this bylaw interferes in the most intimate parts of people’s lives – their spirituality and their sexuality. It tries to dictate how people should set priorities when it comes to sex, relationships and gender, and that is simply not the role the state should be playing. As former Justice Minister Pierre Trudeau said, the state has no business in the bedrooms of the nation.

Is this a test-run for a similar law on the federal level?

We believe so. Bill C-8 is the conversion therapy bill that is currently at the federal level, and we believe the federal government is watching closely to see how things go in Calgary.

What can Christians do to respond?

The most important thing is to make our voices heard. Our website, freetocare.ca, has help so that people can understand what is going on, and links to important resources. Calgarians can write to their city councillor and make their concerns known, and they can find guidance for that on our website.

All Canadians can weigh in through our petition which is on the website to let the city council know of our concerns.

Christians concerned about the federal bill can go to fixthedefinition.ca and sign the petition about bill C-8.