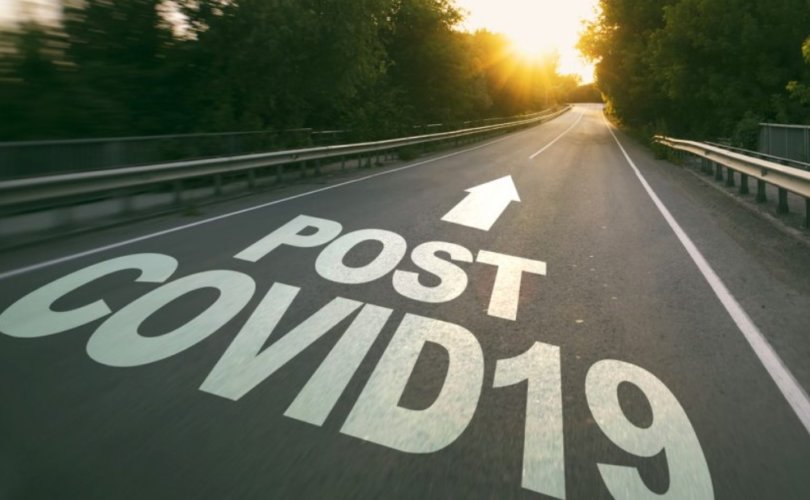 (LifeSiteNews) — Countries around the world are signaling they are “done with COVID.”

Like asylum patients who have finally been taken off their sedatives and allowed to think for themselves, even the most zealous lockdown maniacs — like Ontario’s Doug Ford — have come alive and are singing a new tune about “moving on,” and seem to have a little more pep in their step.

All of the sudden, natural immunity, human rights, the rights of children to breathe fresh air, and a whole host of other sane ideas are the new normal.

It is fascinating, even if a bit surprising. However, the change is welcome — even if the leaders are disingenuous in their change. But we mustn’t let our guards down and miss the subtle truth-bombs that they are now letting come to light.

No matter how many pounds of dirt they attempt to bury on the truth of what has happened, even the most zealous of COVID zero maniacs cannot keep the truth hidden forever.

Sure, they can certainly obfuscate the narrative through fear-invoking propaganda, which they have done quite successfully. However, as time passes, it becomes more evident to more people each day that many of the claims of the COVID crowd have either never come true, or the opposite has turned out to be true.

And now it is clear that literally nothing the “experts” have done has worked at all.

For example, New Zealand was touted as the champion of COVID in those early days of the two weeks to end all plagues. They had “beaten” COVID, experts told us, because of all the obedient and selfless lockdown-loving Jacinda Ardern disciples.

Well, of course they hadn’t “beaten COVID” because you can’t “beat” a virus anymore than you can beat biology. So, they had a smattering of itty-bitty lockdowns where everyone went home for a few days, and they “beat” COVID again and again.

Then the dictatrix of the land of the Haka threatened to basically have every man, woman, and child either locked in the island forever or fired unless they got jabbed. And then, with most of the mammals on the island vaxxed to the max … the nation went from locking down over a single case, to having tens of thousands of positive cases each and every day.

To put it in perspective, they have had case numbers approaching the same number of cases that have been seen in large American states with over 20 million inhabitants — New Zealand has around five million residents.

COVID zealots will point to New Zealand’s very low overall death tally, but those same zealots are curiously silent on sub-Saharan African nations who have faired better than most Western nations with virtually none of the same resources or mitigation measures.

It seems that New Zealand did not beat COVID, and it turns out New Zealanders are a bit mad they have been locked down over and over only to find themselves in this position. I wonder if the Kiwis are still keen on trusting the “experts.”

Anthony Fauci famously alluded that he was in fact “the science,” demonstrating the most absurd heights of the ego needed for being a virus czar.

Think about it, it takes a special sort of person to stand in front of a nation or province for two years and speak as if you are inspired by divine fiat that has informed you of the absolute state of health of millions of people.

Well, an inflated ego cannot keep hidden the fact that the deaths reported to be associated with COVID were in fact inflated.

On Wednesday, while telling citizens they could now enter a store without muzzling themselves, Ontario let it slip that upwards of 30 percent of the reported COVID deaths were not actually from COVID.

Now, against our better judgement, let us assume that the government is telling the truth, and that only 30 per cent of deaths have been wrongly reported.

In two years, Ontario has reported 12,618 supposed COVID deaths. With the admission from public health that almost a third were a mix up, that means almost four thousand weren’t actually COVID deaths.

There is no reason to assume that this trend hasn’t been seen or won’t be noticed in other places. In a nation like the U.S., that could mean hundreds of thousands of deaths were wrongly tallied. The word “fraud” cannot encompass how fraudulent that is.

In addition, the Ontario government did not announce the news of fraud alongside the news of unmasking, but instead had the damning info slipped into a report that no one will read.

As a way of helping their fellow comrades out in this charade, the mainstream news buried the info at the bottom of articles well beyond the headline where most dare not venture.

You have to ask yourself: Why did they even admit it at all?

Well, that is the funny thing about truth, it likes to be set free, and you can’t suppress it forever.

Natural immunity is no longer a conspiracy theory

Perhaps you heard of those lunatics back in 2020 who were going on about some mythological idea called “natural immunity.”

These COVID heretics appealed to all of human history and the accumulation of hundreds of years of scientific discussion in an attempt to have the public believe that people could actually become immune to a virus by coming into contact with it. I know, crazy, right?

Well, it turns out that natural immunity is a thing, and that it isn’t a conspiracy theory.

The problem for the COVID leaders is that they denied it existed for so long, so how can they bring themselves to admit it?

Ontario’s Dr. Moore gave a masterful display on how to reveal a truth heretofore suppressed like he was doing something so mundane as reading the daily specials off a menu.

Ontario’s Chief Medical Officer announces the end of mask mandates in most settings, while also confirming that masks will return if a new variant surfaces.

Hold on, did he just admit that natural immunity was real? What did he mean by therapeutics? He wouldn’t dare suggest there was another way to deal with a virus than by wearing a used cloth mask or an experimental jab, would he?

Now, a covidian would explain away the new virus-revelation by saying achieving natural immunity is a more achievable goal because the overhyped omicron is not so severe. Even if that were the case, immunity does not depend on whether or not you feel better or worse while sick.

Millions of Ontarians and people in other regions have been diagnosed with COVID, and therefore they would be immune as well. But, what do I know? I am not an “expert.”

It is said that the truth shall set you free.

Well, perhaps we can be free of the liars who did their best to hide the truth for so long — that would be a start.