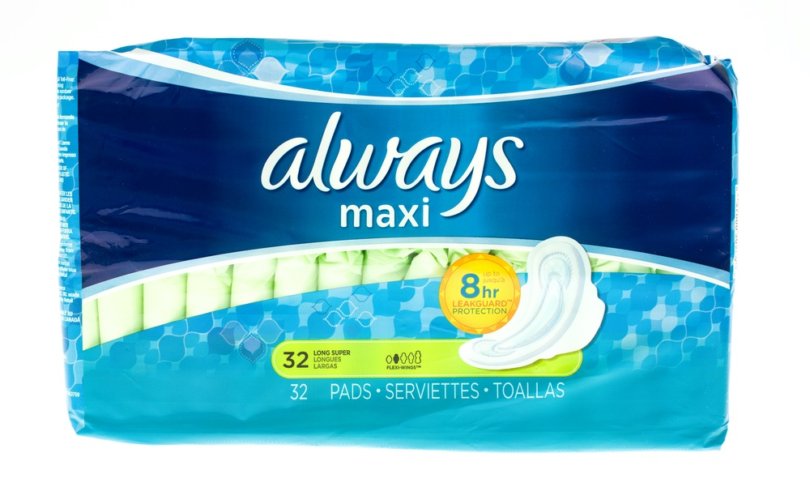 October 23, 2019 (LifeSiteNews) – Not a single week goes by without the cultic transgender madness spreading deeper and further into our culture, and not a single week goes by without some new story that indicates we have left the safe harbor of reality, cut the moorings, and launched out onto stormy seas. The latest push came in the form of trans activists insisting that it is not just women who have periods—many different kinds of people, according to them, have periods, and it is essential that each and every one of us get on board with this brand-new fact they’ve only just invented.

NARAL Pro-Choice America, which has moved on from the language of “no uterus, no opinion” that they used to shout men into silence for a half-century, tweeted a Huffington Post article titled “Here’s what it’s like to get your period when you’re not a woman.” The author, Cara Bliss, shared her experience thusly:

Have you ever been in a bathroom stall and needed to throw away a used tampon or pad, but realized there was nowhere to put it?

I have ― almost every single day that I have my period. Why? Because I use the men’s bathroom.

I am a nonbinary trans menstruator ― someone with a uterus that bleeds monthly, but who identifies outside of the fixed categories of male and female. Because of that, I have to navigate the challenges of getting my period every month in a world that refuses to acknowledge that not everyone who gets their period is a woman, and not every woman gets their period.

Bliss doesn’t explain why she needs to use the men’s bathroom if she is neither male nor female, but “non-binary,” as Douglas Murray wryly pointed out recently, isn’t really a thing, and cannot really be explained with facts that correspond to provable reality. Regardless of that fact, feminists who are not on board with this new program are being hastily evicted from the progressive coalition, even if they object to being referred to as “menstruators.”

Feminists are finding themselves fighting for every inch of female territory these days, as “transgender women”—biological men claiming to be women—steadily push them back and demand access to their bathrooms, their change rooms, their shower rooms, and any other spaces they might yet be unaware of. Even the maker of “Always” sanitary pads has now caved to pressure from trans activists and, according to the Daily Mail, “removed the ‘Venus’ symbol of the female sex from the wrapping.”

Feminists are furious at this move, which came about after LGBT activist Ben Saunders—who recently made a documentary about being transgender—began complaining to the sanitary pad makers this past June. Melly Bloom, the fake name of another trans activist, joined in the following month, tweeting that the symbol of the female sex was discriminatory because “there are non-binary and trans folks who still need to use your products too you know!”

In response, the Always marketing team responded to the 18-year-old Saunders on Twitter, noting that “We are glad to inform you that as of December we will use a wrapper design without the feminine symbol.”  They followed their concession with the gratitude required in totalitarian exchanges, where the target must express thankfulness for the opportunity to learn and change in recognition of the power being wielded by the persecutor: “We are absolutely grateful for having people like you voicing their opinions.”

But many women, according to the Mail, are livid by this decision, and are now vowing to boycott the brand. Long-time feminist activist and academic Julie Bindel, a frequent target for harassment and even violence by transgender activists, told the Mail, “Removing the female symbol from sanitary towel packaging is basically denying the existence of women. We’re now moving towards the total elimination of women’s biology. The women’s symbol has been used by feminists for decades. This is pure cowardice and virtue-signalling from these big corporate brands who are capitulating to the trans agenda.”

Other feminist campaigners echoed Bindel’s statements, with Maya Forstater, who was fired from a think tank where she served as a tax expert for saying that biological men identifying as women were not women, tweeted that, “The venus sign in biology is used to represent the female sex (you know, the ONLY people who will ever need these products.). It does not represent gender identity.” Her former employers, no doubt, were relieved that they’d already fired her.

The makers of the sanitary pads responded to the criticism by affirming that they would be following the instructions of a handful of trans activists and re-introducing their products with different packaging across Europe. “For over 35 years, Always has championed girls and women, and we will continue to do so,” a spokesperson stated. “We’re also committed to diversity and inclusion, and we realise that not everyone who has a period and needs to use a pad identifies as female. That is why we wanted to ensure that anyone who needs to use a period product feels comfortable in doing so with Always.”

Based on the backlash, it would appear that the company has failed miserably in that goal. This may seem like another one of those utterly stupid and nonsensical fights, but it is actually just one more small victory by the transgender activists against women and girls. It is one more victory for ideology over reality. It is one more instance of the trans movement successfully forcing a company to kowtow to its premises and its agenda. And it is one more public declaration that we have not only rejected the Judeo-Christian foundation of our society—we have rejected biological reality itself.

Jonathon’s new podcast, The Van Maren Show, is dedicated to telling the stories of the pro-life and pro-family movement. In his latest episode, he interviews Laura Klassen, the founder of CHOICE42, a one-of-a-kind pro-life organization that uses sarcasm, perfect comedic timing, and a healthy dose of truth to create viral pro-life videos designed to force even the most committed pro-choicers re-think their basic presuppositions. You can subscribe here and listen to the episode below: