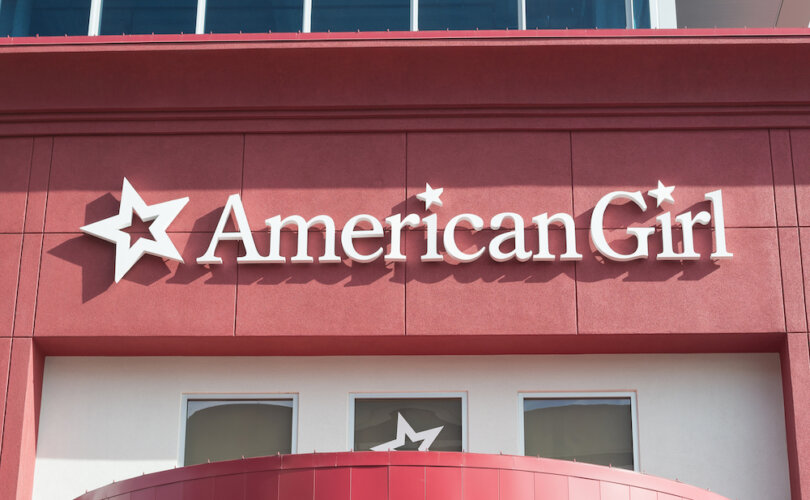 (LifeSiteNews) – One of the particularly dispiriting aspects of the LGBT movement’s cultural triumph has been watching them successfully colonize beloved children’s franchises, many of which feature prominently in childhood memories of parents who looked forward to introducing these stories and characters to their own children. I’ve tried to keep careful track of these developments for precisely that reason—parents who loved Peppa Pig, Scooby-Doo, Arthur, and other children’s stories need to know that these franchises have been co-opted by the LGBT movement to sell their ideology to children.

As I noted earlier this year, the LGBT activists have recently come for American Girl. American Girl was founded in 1986. Initially a line of historical dolls, they were released with a series of novels on each of the girls from different periods in American history. Both the books and the dolls became explosively popular in short order, especially in the 1990s. My younger sister saved up for over half a year to buy one, and the books—which are very well-written historical novels and a great way to introduce different eras to children—made a regular appearance. We have many of them in our home library now, and my five-year-old daughter is currently obsessed with Samantha, a little girl from the early 1900s.

Now, of course, American Girl has introduced LGBT characters into one storyline, and fuelled much online speculation that one of the characters is a lesbian (this sort of retroactive rewriting has been common—see Jo March of Little Women, etc.) But a recent development is far, far more disturbing. To the horror of many parents, a new book released under the American Girl brand titled A Smart Girl’s Guide: Body Image gives advice to children as young as three years old on changing their gender. The book is targeted to girls between the ages of three and 12, and was authored by resident American Girl author Mel Hammond. It is for sale on both the American Girl websites and in bookstores nationwide.

“If you haven’t gone through puberty yet,” the book advises, “the doctor might offer medicine to delay your body’s changes, giving you more time to think about your gender identity.” Another passage: “Parts of your body may make you feel uncomfortable and you may want to change the way you look…That’s totally OK!” And another: “You can appreciate your body for everything that it allows you to experience and still want to change certain things about it.” Even more insidiously, the book states: “If you don’t have an adult you trust, there are organizations across the country that can help you. Turn to the resources on page 95 for more information.”

American Girl has been a trusted brand for parents for decades, and many might easily purchase the book for their daughters on the strength of the brand recognition—not realizing that within its covers, an activist is encouraging transition, introducing them to gender ideology, and promoting interventions like puberty blockers that cause irreversible damage. On top of that, within the book presumably purchased by parents or adults, American Girl is providing the names of activist organizations that children can privately reach out to without the knowledge of their parents if there is no “adult you can trust.” This is grooming girls into gender ideology, explicitly without the knowledge or consent of their parents, perpetrated by one of the most recognizable brands for girls in the United States.

So parents—be warned, and be careful. The children’s franchises and stories you once trusted may no longer be trustworthy. It is no longer enough to simply purchase the familiar, because many of these brands have unfortunately become a Trojan Horse for the LGBT movement.