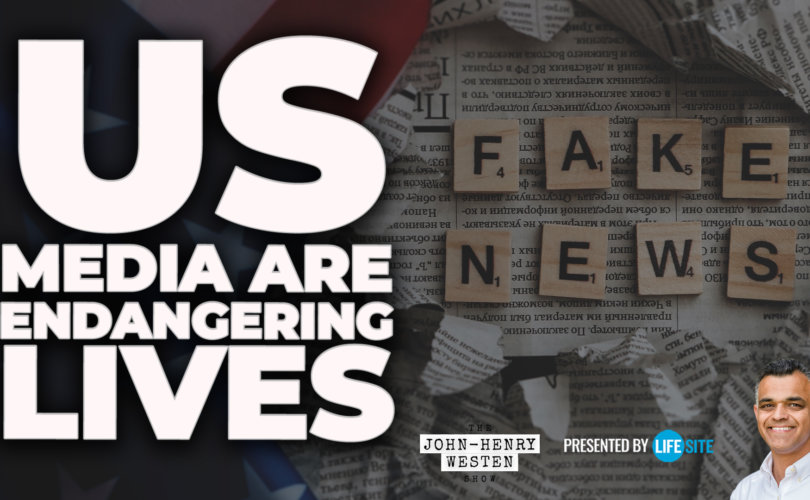 November 23, 2020 (LifeSiteNews) — The media are not just censoring those who are trying to get the truth out about how the 2020 presidential race was stolen from President Trump, they’re also manipulating millions of Americans with disinformation, thereby endangering the lives of ordinary citizens and making the US look like a third world banana republic.

I spoke with former Texas State representative Rick Green today about his thoughts on how the election has been playing out and how the media has been behaving lately. I also asked him what the constitution allows for and if there’s any precedent like this that’s taken place before.

“The evidence is overwhelming in state after state after state, not only of the fraud that they're now uncovering, but … actually changing the rules of the game, actually breaking the law. They broke the laws in their own states.”

“When you do control the media like they do,” he continued, “it essentially inoculates themselves from those claims by projecting it onto the other side. And they've been very successful at doing this.”

Green and I were discussing former President Obama’s recent 60 Minutes interview. Obama ridiculously accused President Trump of not willing to accept the outcome of the election.

Green, who founded Patriot Academy in order to equip future political leaders with a Biblical worldview, said Obama and the left are accusing President Trump of what they themselves have been doing for the last four years and that they’re employing Marxists tactics to destroy the president.

He also said the media’s corruption “used to be much more subtle” but now they’ve overplayed they’re hand and they’ve “awakened a lot of Americans to realize, wow, we're really up against an evil ideology here.”

I wanted to know what Green thought about how the election process has been going so far, as he himself won his own election after a recount.

“The media is not covering” President Trump’s re-count efforts fairly. “It's about the rule of law, and it's about our faith in the election process. I'm hoping that they see this all the way through and that at the end of the day, if after that verification process, after those legal remedies, if Biden wins, it has the most electoral votes at the end of that, then I know that Trump will concede and say, you're our president for the next four years.”

“The process gives us confidence in the faith in the process. If you think that that the other side stole the election and there's no remedy and there's no way to verify that you've got half the country that's no longer going to believe in the system and and that is dangerous for the future of our country.”

He then shared with me multiple examples of when the Electoral College itself selected the president in the past and explained that the Founding Father’s gave us the tools necessary so we can find our way through a situation like we find ourselves today.