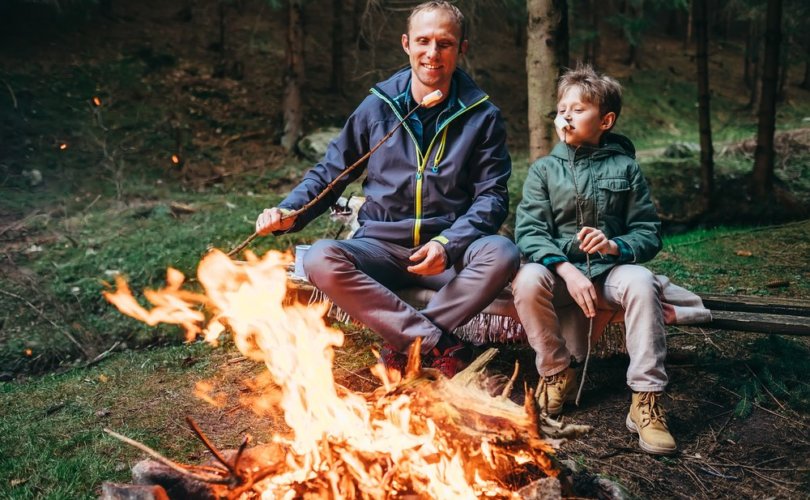 January 11, 2019 (LifeSiteNews) – Predicated on definitions and notions drawn not from the world of science but scooped up from LGBT-driven pop-culture, the American Psychological Association (APA) – the largest scientific and professional organization of psychologists in the U.S. – is promoting its harmful new Guidelines for Psychological Practice With Boys and Men.

There is nothing familiar or reassuring here. The main message the APA wants everyone to know is that their experts have concluded that “traditional masculinity…is, on the whole, harmful.”

“What is gender in the 2010s?” asked Ryon McDermott, PhD, a psychologist at the University of South Alabama who also helped draft the men’s guidelines. “It’s no longer just this male-female binary.”

In a telling declaration from McDermott at the conclusion of the APA article introducing the new guidelines, he betrays the organization’s true motive: “If we can change men, we can change the world.”

That is clearly what the APA is up to in its troubling 16,000-word document, wedding highly technical terminology with social justice warrior jargon.

As a man who has dealt with same-sex attraction my entire life and has had plenty of familiarity with the LGBT world, I see the APA’s guidelines for what they are: An attempt to diabolically undermine not only manhood, but family, marriage, and natural law. And the most vulnerable in society – specifically, boys – will be harmed the most by these new recommendations.

It’s almost as if the APA wants to convince boys and men to be uncomfortable with themselves, causing them to question day-in and day-out their every thought, impulse, and action, the very nature of who they are. “Traditional masculine ideology” is depicted as problematic while homosexuality, bisexuality, and transgenderism are not.

By delegitimizing traditional masculinity, the APA seeks to create a more hospitable social environment for the LGBT world to flourish.

The terms defined at the outset of the guidelines set the tone for the whole document. Most troubling is the incorporation of the term “cisgender,” which the APA now uses to refer to people whose biological sex is aligned with their “gender identity,” as if it were an odd human condition.

Society’s “heteronormativity” is attacked for making false assumptions about the nature of males, and is blamed for creating “minority stress” among “gay, bisexual, transgender, and gender-nonconforming individuals” who might feel “pressured to adopt dominant masculine roles.”

The APA’s diabolical attack on boys

During the late 1960’s and 1970’s when I was a boy experiencing the stirrings of same-sex attraction, I had to accept a certain degree of uncertainty about where my life was headed and why. But at least back then I knew to a great degree what the future held for me because everyone around me reinforced a simple truth: I would grow up to be a man, get married, and have a family.

Young boys no longer enjoy that certainty, because the adult world around them – now with a big nudge from the APA – is pulling the rug out from under them. Masculinity now comes with a hefty warning label, but deviations from “traditional masculinity” do not.

Taken to their logical conclusion, here’s what the APA will lead parents to convey to their sons:

Oh, and by the way, there’s also one more possibility:

That which used to be guaranteed – a never-questioned source of great comfort and assurance – now appears to be a long shot.

The most trusted adults in a boy’s world – his parents, teachers, adult relatives, and neighbors – guided now by the 117,500 psychological “experts” at the APA, are being told to deprive their boys of “traditional masculine ideology,” while withholding absolute biological truths about their nature. They will think they are being sophisticated and “with it” by doing so.

They will perhaps be caused to worry about future recriminations from a child who later in life might say, “I felt different and nobody understood or supported me.” And in so doing, they will be sacrificing the over 98 percent of all children for the less than three percent of those who might experience some same-sex attraction or the infinitesimally smaller percentage who experience (usually temporary) gender confusion.

How dare the APA do this to boys and young men? They demonize “traditional masculinity” while affirming that which is most soul-distorting for boys.

And how awful to undermine the manhood of boys’ fathers and the other important adult males in their lives, causing those men to question that which is most important for them to pass on to their sons.

After announcing the new recommendations, the APA experienced an immediate backlash and quickly issued a second article backpedaling a bit, but the cat is out of the bag. We now know for certain they are just another liberal organization that views masculinity as toxic.