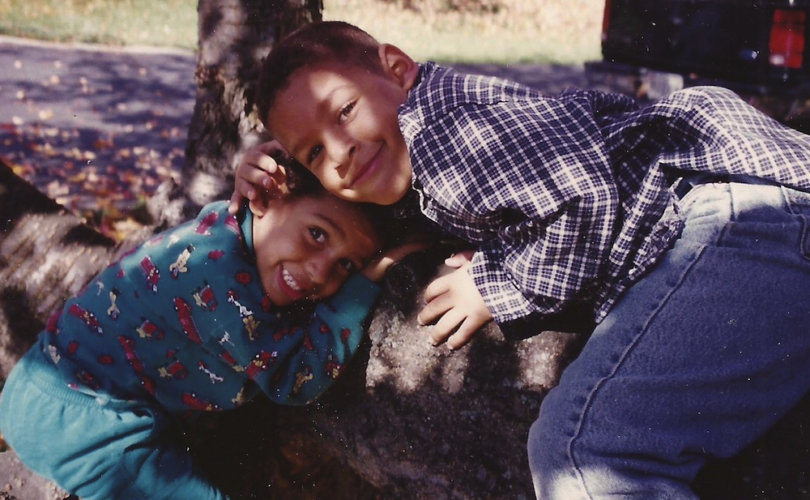 October 3, 2017 (LifeSiteNews) — During the spring of 2006, Washington, D.C.’s historic Ford’s Theater produced a revival of the classic Civil War musical Shenandoah. When first performed on Broadway in the mid-1970s, the show enjoyed a long a run because it expressed a message that many in America were happy to embrace.

It told the story of a successful 1860’s Shenandoah Valley farmer, Charlie Anderson, a principled man with a very libertarian approach to life, and his attempts to keep his family out of the war that was creeping ever closer to his beloved homestead.

To a nation that was sick and strung out after Watergate and our long involvement in Vietnam, Shenandoah offered a welcome cathartic experience, striking just the right chord with its familiar folksy setting and characters, suddenly overtaken by war and its accompanying personal tragedies and triumphs.

My oldest son, Michael, at age 12, was the youngest cast member. It was a very exciting time for our family.

A couple weeks before Christmas 2005, we received a call from a Ford’s producer inviting Michael to audition for the role of the slave boy, Gabriel. At the time, Michael was performing as a member of the ensemble in a local theater’s holiday production of Oliver! The next day we drove through a snowstorm to Ford’s for his quick audition. On the way home, my cell phone rang with another call from Ford’s: “Can you and Michael fly up to New York City tomorrow so he can audition for the show’s director?”

Michael sang, danced and charmed them at Manhattan's Chelsea Studios the next day. Several hours later as we walked in the front door at home, my cell rang once again. Michael had landed the part. We were told at that time that Michael’s only serious competition for the role had been a boy who was then playing young Simba in The Lion King on Broadway. Wow.

Throughout the spring, Michael held his own with the mostly Broadway-based cast. A month later, he and Shenandoah’s other young star, Kevin Clay, reprised their duet from the show for Ford’s annual nationally televised July Fourth Presidential Gala with President and Mrs. Bush sitting front row center and Tom Selleck serving as Emcee.

An important truth this adoptive dad needed to comprehend and accept

The most significant experience from the show — for me — occurred not on stage but in the audience, in row seven, stage left. It is a moment permanently etched into my memory.

Act II opened with Shenandoah’s upbeat showstopping duet, Freedom, a joyous response to the Emancipation Proclamation. It brought down the house night after night. Seated next to me was Michael’s brother, Christopher, age 10.

When the song was over and the applause died down, my son, the slave boy, was asked, “Gabriel, you’re free! What are you going to do now?”

Barefoot, ragged-clothed 12-year-old Gabriel answers, “Well, I’m pretty sure my Ma is down in Georgia somewhere, and I think my Pa is in Mississippi. I’m gonna go find ‘em.” And with that he takes off over a hill, waving goodbye.

Gabriel’s goodbye was the only time in the show where the audience is clued in to his tragic forced separation from his parents.

I had seen the scene countless times during rehearsals. I loved the music and the choreography, but that was all that registered with me. I applauded enthusiastically.

I glanced over at Christopher. He wasn’t clapping. I was expecting to see a big smile on his face, but instead there were tears streaming down his cheeks. And in the blink of an eye, I understood.

I put my arm around him.

Michael and Christopher are adopted. Watching his brother up on stage say, I’m pretty sure my Ma is down in Georgia, and I think my Pa is in Mississippi, I’m gonna go find ‘em, resonated deep within his soul — touching something that had lain dormant his entire life, something that had never been allowed to bubble up to the surface before.

I hadn’t anticipated that, not at all. But the expression on his face communicated an important truth — one that I, his father, desperately needed to comprehend and accept.

It was a teachable — pivotal — moment for me.

On the day he was born, the bond Christopher shared with his biological parents was severed. He had no power to say or do anything. It was all decided for him. Like the character Gabriel on stage, it hit him that he didn’t know where his biological parents — the ones with whom he shares facial features, skin color and other family traits — were or how to find them. He was suddenly faced with the realization that his biological parents were phantoms and that he had been “given up.” Waves of emotions washed over him. He felt a little lost.

That’s the moment I learned about the deprivation that many children in our day and age experience, providing me one of the first puzzle pieces that would help me understand the supreme importance of intact biological families.

This also helped me to begin to make judgments about my own life as a gay-identifying man who, up until that point, had been open to the idea of raising children with no mom in the house.

It eventually helped me to recognize the danger of third party reproduction and divorce, where adult desires and actions unfairly trump the best interests of children.

That moment launched me toward becoming a child, family and marriage activist.

And all it took was a few tears streaming down a little boy’s cheeks — my own son's — for me to get the message.

Our sons have grown into fine young men, now in their early 20s. I’m exceedingly proud, not just of their accomplishments but of their character. If they were not my sons, they are the type of men I would want to have as best friends.

As I get older, especially when Christmas and New Year’s roll around and everybody is making their wish lists and expressing their hopes and prayers for their families and the world, I find I have just one item on my list.

If I could rub a Genie out of a lamp, snap my fingers, twitch my nose, or pray a powerful prayer and have my wish come true, it would be this: to somehow be transformed into my sons' biological father.

I wouldn't love them any more than I do now — that's impossible. And I know they love me. But it would heal the wound on their hearts from having been given up for adoption as infants. Other than those tears I witnessed in the dark quiet of Ford’s Theatre, neither Michael nor Christopher has ever vocalized a thought, a worry or a resentment about this. But as their Dad, I know. That wound is there, no matter how old they are or their stations in life. It will still be there when they are my age. How could it not be?

Alternatively, if my boys were to make a wish to have never had those biological bonds broken in the first place, to have had a happy home with the mother and father who gave them life, I think I would reluctantly trade my cherished memories in order for them to be restored to the wholeness every human being deserves. I would hope I could find enough selflessness within myself to be like the mother who went before King Solomon and begged him not to divide her son in two, and to give him to the other woman who had laid claim to him (1 Kings 3:16-28).

I would freely do it, because I love them.

Blest be the tie that binds

Over the years, I have become aware of how much hurt and distress has been inflicted on children who are the products of divorce, surrogacy, single parenthood, gay parenting, abandonment, or simply the selfishness of the adults in their lives. Kids deserve so much more.

Even if my kids don’t consciously grieve, I do … for those very precious, blessed, biological bonds forsaken on the days they were born.