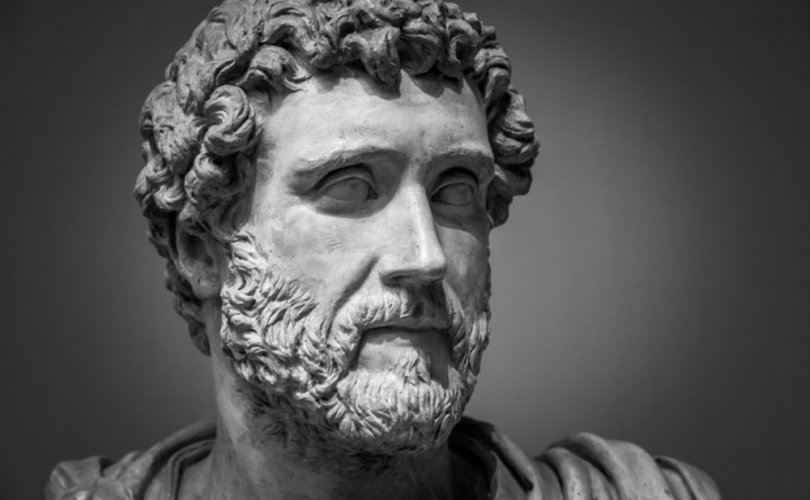 September 4, 2019 (LifeSiteNews) — A recent study by the London-based Benedict Centre has shown that up to half of self-described atheists and agnostics across different countries believe in ‘underlying forces of good and evil’ and that ‘significant events are “meant to be”’. This is a reminder that a large part of the decline of religious practice and belief in the West is not about rejecting the supernatural realm, but adopting a kind of vague paganism. This should not be confused, however, with the paganism of the ancient world.

Contrary to what is sometimes claimed, the people of ancient Greece and Rome had an uneasy conscience about many of the practices Christianity later suppressed, which are re-emerging today. The Greek historian of Rome, Dionysius of Halicarnassus, praised Rome’s mythical founder, Romulus, for making marriage a holy and indissoluble institution (Roman Antiquities II.25), from which it later declined. It’s far from clear what historical basis there might be to this claim, but it represents an ideal, a golden age, from which the Romans and Greeks of Dionysius’s own day fell short.

Dionysius lived in the first century before Christ; by the time Christianity began to have an effect on Roman law, four hundred years later, divorce was widespread, for any or no reason. And yet ancient pagans would have understood God’s declaration, through the prophet Malachi (2:16), ‘I hate divorce’, just as they, like the Jews of Old Testament times, lived with the de facto toleration of the practice. Christianity raised the pagan world to a standard the pagans could understand but lacked the strength, and the grace, to attain.

Similarly, infanticide, which was widespread in pagan antiquity, left them a little uneasy. It is a commonplace of the literature of ancient paganism that the sight of these poor creatures abandoned on hillsides and elsewhere elicits pity, and sometimes rescue, in good people, and even, on occasion, in the hearts of wild beasts, like the she-wolf who is said to have suckled Romulus and his twin brother Remus. Pity for the innocent babe is not a foolish or irrational impulse for the pagan authors of antiquity. It is human and noble.

Ancient pagans were aware of their shortcomings. As St Augustine of Hippo observed, they had a sense that true nobility required the restraint of the appetites and the love of truth and justice. Their society was not based on these principles, and this pained them. They were uneasily aware that their own religion could veer towards the demonic, as with the human sacrifices offered by the Greeks before the battle of Salamis (according to Plutarch), or by the Romans when threatened by Hannibal (according to Livy). Such brutality sat ill at ease with their ideals of humanity, rationality, and virtue.

Christianity could not banish sin completely, but it brought these noble principles from the margins of life to the center. What had been distant ideals of poets and philosophers were purified and made the more immediate models of everyday legal and family reality.

For the new pagans, things are quite otherwise. Those who reject Christianity and look back to ancient paganism for inspiration rejoice in the liberty of which the high-minded pagans of old were ashamed. Those who wish to rescue infants from the slaughterhouses of new paganism are not admired, but hated. The ideal of a lifelong marriage is regarded not as an inspiration, but as oppressive. I wonder how long the new pagans will take to embrace that other important institution of the ancient world: slavery.

The rejection of the ideals of Christianity, which can never be perfectly realized in this fallen world, implies the rejection of what was best about pre-Christian paganism. The small-scale patriotism of ancient city life, which inspired so much benevolence and self-sacrifice; the honoring of parents and ancestors, which underpinned social stability; the realization that what ‘the gods’ ultimately wanted was justice — the new pagans don’t want to hear about any of this.

On the contrary, those who reject Christianity tend to look towards a society in which there are no ties, either to human communities today or to family across time, and where the good life requires selfishness. One thing they do have in common with ancient paganism is a dim and confused realization that they are not alone: there are supernatural forces at work in the world that are more powerful than they are. Whether they adopt the naïve optimism of the New Age about these or the disturbing thoughts of Satanism, they lack the resources to protect themselves from their own darker desires, let alone anything that might really be ‘out there’.

We can only hope they will come to share the realization of one of the first of this new breed, the 19th-century French magician Eliphas Levi:

A simple scapular worn by a truly Christian person is a more invincible talisman than the ring and pentacle of Solomon. The Mass is the most prodigious of evocations. Necromancers evoke the dead, the sorcerer evokes the devil and he shakes, but the Catholic Priest does not tremble in evoking the living God.