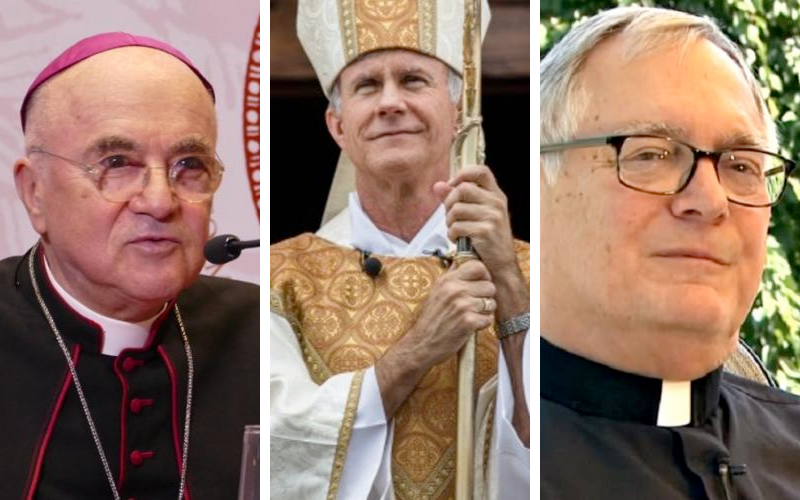 October 21, 2020 (LifeSiteNews) – In a new film that will premier in North America Sunday but premiered in Rome today, Pope Francis has made his most clear statements contradicting Catholic Church teaching by calling for homosexual civil unions to be legalized. Speaking of homosexual civil unions, he said, “What we have to create is a civil union law. That way they are legally covered. I stood up for that.” LifeSite immediately reached out to several bishops and cardinals for comment and thus far Archbishop Vigano has replied with an extensive analysis of the situation. In addition, U.S. bishops Joseph Strickland and Thomas Tobin have commented.

It is not the first time Pope Francis has contravened Church teaching in the matter of homosexuality, but it is one of his clearest statements contravening established Church teaching. In 2003, in a document by then-Cardinal Joseph Ratzinger (Pope Benedict XVI) and approved and ordered published by Pope St. John Paul II, the Church issued specific guidance on the need to reject homosexual civil union proposals. The document, called “Considerations regarding proposals to give legal recognition to unions between homosexual persons,” states that “all Catholics are obliged to oppose the legal recognition of homosexual unions.”

Catholic News Agency reported that the film includes the “story of the pontiff encouraging two Italian men in a same-sex relationship to raise their children in their parish church.” Speaking of his pastoral approach in an interview with filmmaker Evgeny Afineevsky, the Pope said, “Homosexuals have a right to be a part of the family. They’re children of God and have a right to a family. Nobody should be thrown out, or be made miserable because of it.”

The Holy Father’s apparent support for the recognition of civil unions for same-sex couples needs to be clarified. The Pope’s statement clearly contradicts what has been the long-standing teaching of the Church about same-sex unions. The Church cannot support the acceptance of objectively immoral relationships. Individuals with same-sex attraction are beloved children of God and must have their personal human rights and civil rights recognized and protected by law. However, the legalization of their civil unions, which seek to simulate holy matrimony, is not admissible.

Bishop Strickland of Tyler, Texas tweeted, “From the Congregation for the Doctrine of the Faith June 3, 2003…..Considerations Regarding Proposals To Give Legal Recognition To Unions Between Homosexual Persons”

But Archbishop Vigano provided a full analysis available on LifeSiteNews that he released after I spoke with him earlier today by phone.

“One does not have to be a theologian or a moral expert to know that such statements are totally heterodox and constitute a very serious cause of scandal for the faithful,” he said. “But pay careful attention: these words simply constitute the umpteenth provocation by which the ‘ultra-progressive’ part of the hierarchy wants to artfully provoke a schism, as it has already tried to do.”

He warned that fighting the Pope on this matter could land some Church leaders in trouble with the law, since he says, “in many nations there are laws in force which criminally punish anyone who considers sodomy reprehensible and sinful or who does not approve of the legitimization of homosexual ‘matrimony’ – even if they do so on the basis of their Creed.”

Pope Francis would thus have on his side not only the “deep church” … but also the “deep state.”

As Catholics, he says, “we are called to side with those who defend life, the natural family, and national sovereignty. We thought that we had the Vicar of Christ at our side. We painfully acknowledge that, in this epochal clash, he who ought to be guiding the Barque of Peter has chosen to side with the Enemy, in order to sink it.”