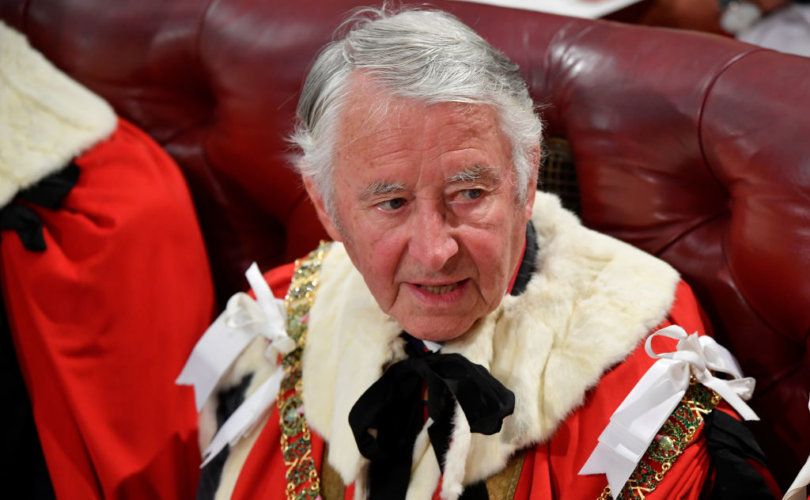 April 20, 2020 (LifeSiteNews) – Next Monday, April 27th is the 52nd anniversary of the coming into effect of the UK’s Abortion Act (1967), the key legislation which opened up abortion on a mass scale in England, Wales, and Scotland.

The government has been celebrating early, first by imposing abortion on Northern Ireland, to which the Act never applied, and then by loosening the rules on ‘do it yourself’, home abortions, in the context of the Coronavirus epidemic.

A lot of things have happened since 1967 in the UK, as in other jurisdictions, which have clarified the issues at stake. The Member of Parliament who sponsored the passage of this law—it was not a government bill—later admitted that he had grossly underestimated the number of abortions that would be performed under the Act.

If the vast number of deaths the Act would bring about had been foreseen when it was being debated, it would have been much harder to get it passed. The same goes for the way that safeguards have been interpreted and evaded. But isn’t that always the way? The radical agenda is forced through with the claim that each change is quite minor. When it turns out that it is anything but, the promoters say, oh well, but there’s no going back now.

The only thing which should surprise us is the willingness of moderates and conservatives to keep on accepting the radicals’ assurances. It happened with abortion, contraception and divorce back in the 1960s, it happened with same-sex “marriage” more recently, and it is happening right now with the trans movement.

There’s another interesting thing about the sponsor of the Abortion Act, David Steel. He was a member of the UK’s then third party, the Liberals, and later became its leader. On retirement, he joined the House of Lords, as one would expect in the UK system after a distinguished political career. The Abortion Act has always been his great achievement. He has, however, now been disgraced, to such an extent that earlier this year he “resigned” from the House of Lords (whatever that means), and from his party, now called the Liberal Democrats. It turns out that as party leader in the 1970s and 1980s he had tolerated and covered up child abuse perpetrated by one of his Members of Parliament.

Thus the whirligig of time brings in its revenge. It is more than just a coincidence, however. As has become increasingly clear, abortion is an essential part of the abuser’s tool-kit. It is the answer to the awkward question for men who abuse under-age girls, and who subject them to prostitution: what if there is a pregnancy? Lord Steel’s attitude towards the abuse he tolerated, that it really wasn’t so very serious, is apparently shared by British social services when dealing with girls in care homes who are abused by rape gangs. It’s not so very serious, and abortion will sort out any long-term consequences.

A final lesson from the passage of the Abortion Act concerns the strategy of the bishops.

Opposition to the legislation was led by John, Cardinal Heenan, a prelate always regarded as a “conservative”. He allowed himself to be blown off course, however, by the promise that Catholic nurses would not be obliged to assist with abortions, under the Act’s proposed “conscience clauses”. This particular surrender of principle for an at best temporary amelioration of just one aspect of its consequences has also, sadly, set a pattern.

It was very much in view in 2004 when British Catholic bishops dropped their opposition to same-sex legal unions on the basis that they would be “clearly distinguished” from marriages: an utterly meaningless and inevitably temporary concession. Same-sex “marriage” followed as the night follows the day just a few years later.

The nature of the concession which tempted Heenan is also significant. He hoped to draw a line of protection around “his” people: all those good Catholic nurses he would have met in London’s great hospitals. If the price of this is abandoning the rest of society, including the most vulnerable of all, the unborn children, then not only is the bargain not a good one, but it should be obvious that the bargain will not going forward hold. In any case, bishops are responsible for all the souls in their dioceses: not just those of Catholics. The souls of the non-Catholic nurses, forced to do even more abortions, are also of value.

Today, the issue of abortion makes it difficult for conscientious Catholics to become nurses, and makes it impossible for them to become midwives. But are we going to learn the lesson?