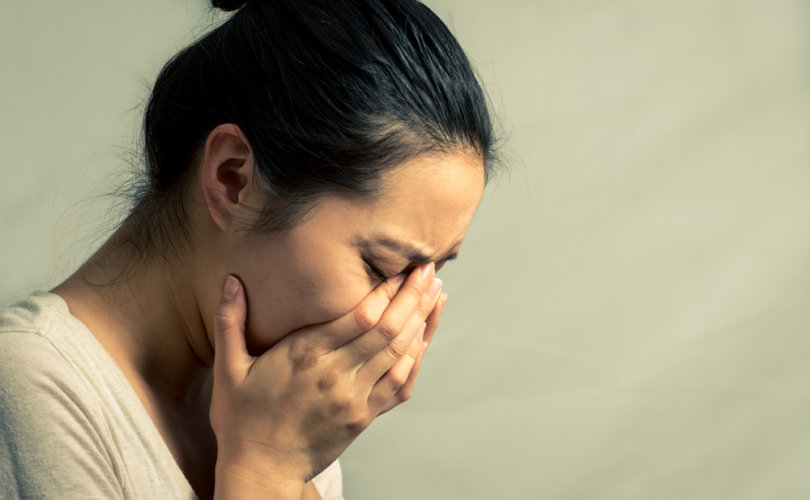 July 17, 2020 (LifeSiteNews) – As the only Western eyewitness to the Chinese Communist Party’s (CCP) brutal one-child policy, I applauded when it finally ended in 2016.

But what the CCP is now doing to slash birth rates among its Uyghur and Kazakh minority in China’s Far West is arguably worse.  While it involves the same horrific practices of forced abortion and sterilization that I first documented in 1980—practices that the Nuremberg Tribunal declared to be crimes against humanity—there is one stark difference:  It is only being imposed on ethnic minorities, namely the Turkish speaking Uyghurs of the region known as Xinjiang.

That’s right.  For the past few years, while Communist China’s leaders have been encouraging Han Chinese women to have more children, they have been ordering Uyghur women to have fewer.  Hundreds of thousands of Uyghur women have been forced to have abortions, undergo sterilization, or wear IUDs to reduce the Uyghur birth rate.  Those who resist are sentenced to concentration camps,  where they are sterilized anyway.

The CCP’s new policy is genocide, albeit in slow motion.  The Party is not killing off the Uyghur people in quick-time by, say, herding them into gas chambers.  But by eliminating the majority of the next generation they will achieve the same end over time—a greatly reduced number of this ancient people, who will then be more easily dispersed and assimilated.

Until recently, we had only anecdotal accounts of this new population control campaign.  An Uyghur woman named Mihrigul Tursun testified in 2018 that she and other women in a Chinese concentration camp were chemically sterilized by injection. Another former inmate, Rakhima Senbay, reported having an intrauterine contraceptive device (IUD) involuntarily inserted (Washington Post, October 5, 2019). A third, Zumrat Dawut, had to pay a hefty fine and undergo sterilization after having a third child (Washington Post, November 17, 2019).

What we didn’t know, with any certainty, was how widespread the campaign was, and the extent to which it was driven by the central government.  Thanks to a just-published investigation by researcher Adrian Zenz, we now have the answers to such questions.

We now know, for example, that the population control campaign underway in Xinjiang is even more coercive than that imposed for decades on the majority of the Han Chinese population.  Chinese government documents obtained by Zenz state that the punishment for violating the Planned Birth regulations is internment in Xinjiang’s sprawling network of concentration camps.  As severe as the earlier campaign was, violators were not subjected to long prison terms.  Uyghur women are.

From the very beginning of Communist China’s Planned Birth campaign, targets and quotas set by senior officials have been used to goad local officials into action.  They are being used again in Xinjiang to great effect.  Zenz reports that county-level documents from 2019 reveal plans to sterilize up to one-third of all the women of childbearing age in a single year.  Uyghur women with more than one child were to be targeted.

Those Uyghur women who were not surgically sterilized—which is to say those with only one child–were forced to accept an IUD, Zenz found.  In 2018, four out of every five IUDs implanted in all of China were done on Uyghur and Kazakh women, even though these two minorities constitute less than 1 percent of China’s population.

These severe measures have had, for the Chinese Communist Party, the intended result.  Population growth in Xinjiang has dramatically declined to a fraction of its former level.  But the CCP authorities continue to drive down the birth rate even further.  As Zenz writes, “For 2020, one Uyghur region set an unprecedented near-zero population growth target … intended to be achieved through “family planning work”.

The overall goal of the population control regime imposed by the ruling Chinese Communist Party (CCP) in Xinjiang is, Zenz concludes, to reduce the Uyghur population in Xinjiang relative to the numbers of ethnic Han Chinese—and thereby to promote more rapid Uyghur assimilation into the “Chinese Nation-Race” (中华民族, Zhonghua Minzu).

I believe that the goal of CCP General Secretary Xi Jinping, however, may be even more ambitious.  The Draconian nature of the population control program he has unleashed upon Uyghur women—along with the incarceration of between one to three million Uyghur men—suggests to me that he is not merely trying to ensure Han Chinese ethno-racial domination.  There is no question that he has done that already given that Han Chinese account for 94 percent of China’s population.  Rather, Xi is intent upon committing genocide, which is to say the elimination of the Uyghurs as a separate people from the face of the earth.

Whether that will be the long-term consequence of the brutal population campaign that the CCP has embarked upon remains to be seen.  But it is already safe to conclude that what is happening in China violates the U.N. Convention on the Prevention and Punishment of the Crime of Genocide (United Nations, December 9, 1948).

As Dr. Zenz points out, his findings “provide the strongest evidence yet that Beijing’s policies in Xinjiang meet one of the genocide criteria, namely, ‘imposing measures intended to prevent births within the [targeted] group’ ”

The new report comes on the heels of the passage of the Uyghur Human Rights Act, which President Donald Trump on June 17th signed into law.  The Act, passed on a rare bipartisan basis, authorizes sanctions against Chinese officials who participate in “human rights violations and abuses such as the systematic use of indoctrination camps, forced labor and intrusive surveillance to eradicate the ethnic identity and religious beliefs of Uyghurs and other minorities.”

The U.S. Secretary of State Mike Pompeo followed up on July 9th by announcing that  “The United States will not stand idly by as the CCP carries out human rights abuses targeting Uyghurs, ethnic Kazakhs and members of other minority groups in Xinjiang to include force labor, arbitrary mass detention and forced population control and attempts to erase their culture and Muslim faith.”

Not only did Pompeo condemn what he called the “horrific practice” of “forced population control”, he went on to sanction four Chinese individuals, including Chen Quangguo, the Party Secretary of Xinjiang, who as a member of the 25-man Politburo, is one of the CCP’s top leaders.

The leaders of the CCP, predictably, reacted with fury.  The spokesman for China’s Foreign Ministry first derided stories of population control atrocities as “fabricated” and “fake news,” claiming that the CCP Party-State treats all ethnicities equally and protects the legal rights of minorities.  Not long thereafter, it announced it would retaliate by sanctioning four U.S. officials in turn.

Those who received this back-handed “badge of honor” from the CCP are well known to those in pro-life circles.  They are Congressman Christopher (R, N.J.), Senator Ted Cruz (R, TX), Senator Marco Rubio (R, FL), and the U.S. Ambassador at Large for Religious Freedom Sam Brownback.  (Note that not a single member of the Democrat Party is being sanctioned.)

By “sanctioning” U.S. officials, however, the leaders of the CCP have perhaps admitted more than they intended.  Perhaps they have “admitted” that they, not local Xinjiang officials, are behind the Uyghur genocide.  I believe that the decision to commit genocide was made in the Politburo itself, which of course is headed by its General Secretary, Xi Jinping.

It is time to move from sanctioning local officials Xinjiang to sanctioning those who are in fact responsible:  The leaders of the criminal enterprise that is the Chinese Communist Party.

Our allies should do the same.  As I mentioned above, the CCP genocide of Uyghurs is a violation of the “Convention on the Prevention and Punishment of the Crime of Genocide”.  And under the convention, nations have a duty “to prevent and to punish” any instance where genocide is committed.

The Trump administration has acted.  Other nations must follow.