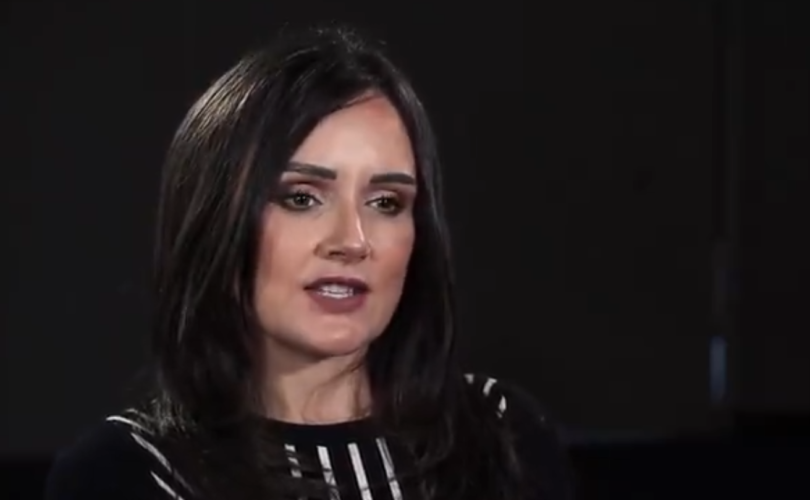 (LifeSiteNews) — Melissa Ciummei, an Irish independent financial investor, is convinced that vaccine passports are ultimately about controlling your life to the point of implementing a global social credit system.

Ireland is struggling through a very stringent lockdown that rivals the toughest on Earth. Along with Canada, Australia, France and other places, Ireland has segregated its population into categories of “vaccinated” and “unvaccinated” and has thereby barred the unvaccinated from legal participation in most social activities.

Ciummei recently appeared on an independent Irish political program called Iconoclast One to One and had startling things to say about the real motivation and goal behind the growing insistence on vaccine passports.

That the vaccines are not stopping transmission or serious illness associated with COVID — at least to the degree that the powers-that-be advertised months ago — is evident. Every day there are new stories of “breakthrough” cases diagnosed as COVID, and some nations are even seeing rates of the vaccinated being higher than the unvaccinated.

Many have made their opinions known as to what they believe is the goal of the COVID narrative. It is for the Great Reset. It is for the New World Order. It is for a new Communist globalist power. Etc.

It should be noted that none of these potential outcomes are mutually exclusive, and none of them are assured either. I often wonder that we might be giving the devil MORE than he is due by assuming that all the evil actors of the world have somehow accomplished a loyalty and fidelity to a common goal that even the “good guys” cannot approach.

Nonetheless, something absurd and mysterious is happening, and it is bad — irrespective of intended outcome, motivation, or who is pulling the strings.

You have likely heard of the “social credit system.” If you haven’t, the idea behind it is that your economic privileges are tied to your personal habits and beliefs. Have unacceptable political views on social media? You don’t get a loan. Use too much carbon? You have your utilities cut off.

Admittedly, the way some commentators present the idea is a bit “pie in the sky.” It is one thing to suggest that the powers-that-be want to control every aspect of your life; it is quite another to impugn the correct motive, and is as or more difficult to identify the applicable mechanism.

Melissa Ciummei offers a unique take as to why this is happening, and what the purpose is.

She does believe the passports are for a social credit system of sorts, and her background in finance gives a unique perspective as to the impetus.

In the interview she made reference to the fact that our civilization has operated on a “fiat” currency system for about 50 years. For the uninitiated, fiat currency is essentially currency not based in any hard or material resource — like gold — but is, according to Ciummei, “backed by nothing, it’s a currency because the government say it is.”

Fiat currencies historical last a matter of decades, and sometimes for less time than that. They have been tried numerous times all over the world and in different ages, and never seem to work in the long term. Governments tend to gravitate to them when they seek more control of the money supply, which allows them to manipulate purchasing power and cause various types of inflation, or hyperinflation.

While there are various reasons as to why someone would want to do this, it benefits the elites who control the money supply. During a time of hyperinflation — which we might be facing soon — the mega-billionaires are able to consolidate wealth by purchasing hard assets that survive financial collapse, such as the manufacturing of essential goods and farmland. When a fiat currency inevitably loses any real purchasing power, public confidence is irreparably eroded and usually some sort of unrest or revolution occurs.

Ciummei believes that the globalist elites are getting ahead of a potential collapse and using the virus as an excuse to coerce the masses into a passport system that prepares them for compliance with future social credit initiatives.

She views this period as a sort of practice period for further erosions on privacy and personal autonomy. “We have watched them move down the propaganda move down the demographic. This started off with protect the vulnerable, then it was the wind down the age groups, pregnant women, now it’s children. Everybody without exception has to buy into this. This is a new financial system,” she said.

This is because the new financial system could function with, according to Ciummei, “data as the new gold, energy as the new currency.”

It is for this reason that she believes they are coming after children with the experimental jabs, even though there is not a shred of evidence to suggest that children are at risk of COVID, and especially not to the degree that could warrant a new drug with major risks.

“They need to condition them, and they still need to be part… of their financial system, they also need data from the children,” she said.

She added, “with the children, they have them from a young age, they can track their behaviors.” Ciummei believes this is because of the shift towards artificial intelligence technology that is a big part of internet commerce and businesses as they automate further. “A.I. is only has good as the information that goes into it,” which is why the data of future consumers is needed in Ciummei’s opinion.

The investor also had harsh words for parents who get their children to take the experimental jab. “That is the only reason that you are taking them and getting it, you’re taking a risk, so that your children could participate in society.”

Aside from sobering reflections and predictions on what might happen, the Irish investor is quite hopeful that things don’t have to turn out as bad as they could.

“When freedoms are reduced, eroded away, empires tend to collapse,” she opined. “What they [elites] don’t seem to budget in is human spirit, intuition and spirituality, and that’s what we need to use. We need to look at our children and think my job is to protect you. This is the world that we want to build for our children. Build that world. Don’t wait for somebody else to build it.”