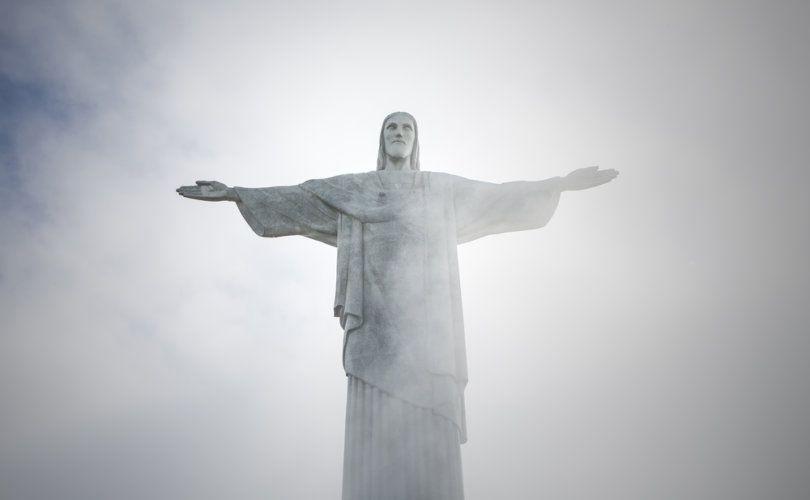 (LifeSiteNews) – Dinesh D’Souza, a former policy advisor in the administration of President Ronald Reagan, said on the November 29 edition of his podcast that a “substantial number’ of Muslims are converting to Christianity in Africa and the Middle East after accounts of curious dreams and visions of Jesus Christ.

In Islam, Jesus is considered a great prophet, but not the Son of God He is revealed to be in the New Testament. The name that Muslims use when referring to Jesus in a Muslim context is “Isa.” D’Souza referenced a series of articles on his show that point to testimonies of Muslims around the world saying they are being visited by “Isa” in dreams and visions and being told to find a church, a pastor, and to read the Bible.

There are a host of articles that corroborate the statements made by D’Souza, as accounts of Muslims seeing “Isa” in their dreams abound across the world. One such story is about a young Indian man named Ali, who claimed he was visited by Jesus in a dream. The encounter was apparently so powerful that he described the moment as an “earthquake.” He believes that Jesus said to him “I need you,” which motivated him to find a church and a pastor immediately.

The phenomenon is becoming so common that there is an acronym that pastors and church planters use when ministering to such converts; they are called “MBBs” which stands for Muslim Background Believers.

It is commonplace amongst evangelical groups who work in Muslim areas of the world to develop specific ways of ministering to MBBs due to the high demand.

D’Souza made reference in his show to an 2000 interview with Al Jazeera in which Sheikh Ahmad al Katani made the rather surprising conclusion that in Africa, “because of the Christian missionaries, every hour Islam loses 667 Muslims [who] convert to Christianity, every day 16,000, [and] every year six million.”

It is possible that this is an example of overreporting because a claim like this would surely motivate a Muslim audience to spread Islam with more fervour. On the other hand, given the fact that leaving Islam is illegal or heavily forbidden in many Muslim nations, it is possible that there are untold numbers of unreported conversions.

One Anglican scholar who specializes in studying Muslim-Christian relations wrote in a 2015 paper that “… there is … the real possibility of underreporting. This commonly occurs in public forums that are likely to be read by local Muslims. Using the lowest possible estimation or indeed one below that is considered to be a way of maintaining safety, especially in countries where the government actively punishes apostates or turns a blind eye while the person’s family is permitted or encouraged to administer punishment.”

The actual numbers are hard to verify, but nevertheless the number of conversions that have taken, and are taking, place in Muslim-majority nations is not insignificant.

If we consider that the stories about dreams of “Isa” taking place are consistent, then there is more reason to take the claims seriously.

Some might suggest that the “power of suggestion” is why these dreams are being reported, or that perhaps Christian missionaries are exaggerating a scant few stories to embolden the stated efficacy of their evangelization efforts. While this may be true in some cases – Christians are not immune to fibbing – it is too simplistic a critique.

As D’Souza points out, these stories of Jesus visiting Muslims in dreams and visions are happening all over the world, wherever Muslims are found. He relates a story of a woman from Frankfurt, Germany who sought out a priest because “God … commanded [her] in a dream to go to the big church on the Market Square and ask for the imam … to tell me the truth.” Imam is the word for a Muslim prayer leader and can be loosely translated to pastor or priest.

The podcast host mentioned similar events taking place in Algeria, Albania, Syria, Kurdistan, and Egypt. There are certain cultural similarities between the nations to be sure, but in many ways, they are worlds apart if we consider regional languages, dialects, ethnic traditions, and so on. That there could be some cross-cultural phenomenon wherein a particular dream or vision was encouraged by popular images or media is highly unlikely. Given the difficulty in sharing Christian imagery or literature in Muslim-majority countries, it is even more unlikely.

All speculation aside, it would not be unheard of for God Himself to visit people in dreams and visions to convert them. The Old and New Testaments are filled with such stories, as are the lives of saints and converts.

As Christmas approaches, we might call to mind that fateful event around 2000 years ago when a man from Palestine was visited by an Angel of the Lord who assured him that the Virgin Mary would bring Christ into the world.

Who knows, maybe Jesus is visiting millions of people in formerly Christian lands, so that the ancestral lands of the Apostles might return to the Church. Stranger things have happened.