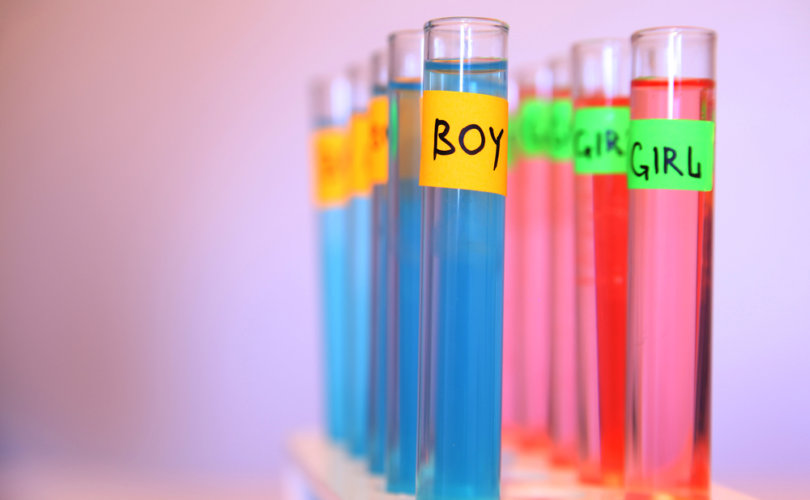 March 21, 2018 (LifeSiteNews) – Two recent headlines proclaim, “Transgender people are born that way, a new study has found,” and “Scientists uncover 20 genes linked to being transgender – supporting claims the condition has a physical basis.”

What are we to make of this?

It's also important that we remember the many sensational headlines that proclaimed that a gay gene (or the like) had been discovered. Every few years, a new “discovery” would be made about “proving” that people are born gay, only to be replaced by the latest “discovery,” none of which proved definitive.

Back in February 1992, a cover story for Newsweek featured the face of an infant and the question “Is This Child Gay?” In July 1993, the New York Times ran a story titled “Report Suggests Homosexuality Is Linked to Genes.”

Yet today, 25 years later, even left-leaning, LGBT-affirming organizations like the American Psychiatric Association and the American Psychological Association do not make the claim that people are born gay. In their view, the causes of same-sex attractions are complex, including both nature and nurture.

Not only this, but Dr. Lisa Diamond, a lesbian feminist psychologist who is also a highly respected member of the American Psychological Association, has spent years refuting the idea that homosexuality is innate and immutable.

As expressed by clinical psychologist Dr. Laura A. Haynes, through her publications and YouTube lectures, Diamond is proclaiming that “[t]he battle to disprove 'Born that way and can't change' is now over, and [Diamond] is telling LGBT activists to stop promoting the myth.”

Yet these myths are so widely believed and propagated today that California is attempting to ban all professional counseling for anyone who is struggling with same-sex attractions or gender confusion. Put another way, the state is trying to pass an utterly tyrannical, freedom-stifling law that says, in effect, “You must embrace your homosexuality and your gender confusion.” (Outrageously, a number of states have successfully banned counseling for minors struggling with unwanted same-sex attractions.)

This is what happens when lies and propaganda and misinformation become accepted as fact. And that's why we need to address these “born trans” claims the moment they are out of the gate.

How, then, should we respond to these new studies? Are they at all different from the earlier “gay gene” or “gay brain” claims?

One study, conducted in Brazil and using MRI images of the brain, concluded “that trans people have characteristics that bring them closer to the gender with which they identify and their brains have particularities, suggesting that the differences begin to occur during gestation” (quoting Giancarlo Spizzirri, the first author of the study).

Yet it is equally possible that the MRI results point to changes in the brain because of fixations on gender resulting from gender confusion. In other words, the differences in the brain studies – specifically, in the insula part of the brain – could be the result of transgender fixations rather than the cause. (For much more on the question of the transgender brain, see now Ryan T. Anderson, When Harry Became Sally: Responding to the Transgender Moment.)

The second study, conducted here in the States, concluded that “[w]e identified genetic variants in 20 genes that may play a role in transgender identity.” Note carefully that word “may.” As a colleague of mine who is a former transgender wrote to me, “Do not be taken in by the headline. This article provides no proof of an absolute connection when you look at the words they use: 'may contribute'; 'points towards'; 'lends legitimacy.'”

Shades of the “discovery” of the gay gene back in the 1990s.

It is also well known that the great majority of children who identify as transgender before puberty no longer do so after puberty. This is especially true if they have not lived out a transgender identity before puberty.

On an anecdotal level, Katie Herzog noted in her article on The Stranger (which is anything but a right-wing, conservative website) that there is “an emerging population of people who have transitioned to a different gender and then later transitioned back.” (The article is titled “The Detransitioners: They Were Transgender, Until They Weren't.”)

How does this comport with the idea that people are born transgender? Wouldn't this data (and these stories) argue against this?

And even if there were a genetic component, that would not indicate any kind of fixed identity for life. In other words, as has often been noted with regard to the possibility of biological contributions to homosexuality, predisposition is not predestination and correlation is not causation.

This is underscored by the more recent study of epigenetics, of which Lisa Diamond and Clifford Rosky state in their prestigious volume, The APA Handbook of Sexuality and Psychology, “In essence, the current scientific revolution in our understanding of the human epigenome challenges the very notion of being 'born gay,' along with the notion of being 'born' with any complex trait. Rather, our genetic legacy is dynamic, developmental, and environmentally embedded.” (To put this in context, remember that Diamond is a lesbian feminist and Rosky is a law professor who received the Equality Award from the Human Rights Campaign, the world's largest gay activist organization.)

It's also worth pointing out that there are other conditions for which researchers have posited a genetic cause, including anorexia. As a 2017 article notes, “New research identifies, for the first time, a significant genetic location that underpins anorexia.” There is even an ongoing debate about being born pedophiles, as this 2013 headline states: “Are Some Men Born Pedophiles? New Science Says Yes, But Sexologists Say Not So Fast.”

And what about the “obesity gene“?

If there is, in fact, a genetic component to anorexia, do we affirm this deadly condition, or, with even greater compassion and resolve, do we work to find a cure?

The same applies to an “obesity gene.” If it exists, do we have fat pride parades, and do we discard the massive evidence about the health risks of obesity? Or, with greater compassion and resolve, do we work to find ways to help people who have this gene?

As for people who are allegedly pedophiles by nature, do we change our moral judgment on pedophilia? Or, with greater compassion and resolve, do we work to help those struggling with these perverse desires while zealously upholding our current laws?

In the same way, the best thing we can do for those struggling with gender confusion is to continue to treat them with compassion, recognizing the great torment they have often lived with, while finding ways to help them find wholeness and contentment in harmony with their biology.

We've had decades of experience dealing with misleading headlines about the latest discovery that homosexuality is innate and immutable. Let's not make the same mistake with the latest claims about transgender identity. At the same time, let's not downplay how deeply affected some people are by gender identity confusion. May we respond to the depth of their confusion with the depth of our compassion.