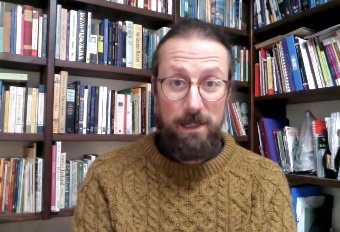 (LifeSiteNews) – We are now into the third calendar year of “two weeks to flatten the curve.” At this point, it is seemingly civilization itself that risks being flattened.

What started as a call to stay home and wash our hands has turned into an almost global movement to lock out citizens from polite society if they do not acquiesce to a medical procedure – and injection – that they are not comfortable with.

For many of us, this point we have arrived at was almost inevitable, or at least something like it was. Personally, I remember telling a colleague that I was getting a certain “Stalin” feeling by about April 2020. The daily press conferences and propaganda sessions from the bureaucratic health czars who were looked to like demi-gods freaked me out a bit.

I was always skeptical of the virus narrative itself, in that I never believed it was the plague we were told it was, but it was more the metaphysical and philosophical side of things that had me worried.

A line was crossed

The moment we were told to stay away from other people – even our flesh and blood – and to not go to church, I knew something was wrong. As a Christian, I know that God does not will moral evils, even if He permits evil to happen. He would not will us to stay away from going to Church – since He has commanded us to do so – and He would not actively will that we segregate ourselves from loved ones during a time of crisis.

Simply put, when the politicians and propagandists – but I repeat myself – told us to stay away from mom and dad, a line had been crossed.

If we were truly living through a Spanish Flu on steroids, then with our families and our God is where we ought to have been. If the end of the world was nigh, then I was going to spend my last moments worshiping God and preparing for death.

For many, however, death is so greatly feared that they can be easily duped into accepting all sorts of abuse as long as they are promised to be protected from the Grim Reaper. There is of course nothing wrong with a bit of a survival instinct, but there is a point when it becomes absurd.

The line never came for others

I kept waiting for others to finally draw their line in the sand. If it wasn’t the first lockdown, then it must be the second, or the third … or the fourth? If it was missing the grandkids’ birthdays the first year, then clearly they wouldn’t stand for it a second!

Many were simply waiting for an impossible vaccine, but that would surely be as far as they would go, I thought.

Turns out everyone is a bit different, as much as that is a cliché, but it is true; for some, the line has not come, but for many it finally has.

Segregation is too far

Most of us are not sociopaths or perfectly possessed by Satan – government officials notwithstanding – so we still have access to a functioning conscience. Decent people exist, even if propagandized fear has smothered much of that decency for a time.

Judging from a recent interview philosopher and author Paul Kingsnorth did with UnHerd, he seems like a pretty decent chap.

In a pretty thoughtful interview, Kingsnorth explains to host Freddie Sayers why he changed sides on the “vaccine wars.”

In essence, he explained to the host that he is pro-vaccination as a rule, and thus was trusting of the government narrative surrounding the jabs. He believed that spirited resistance against vaccination was unwise, and he fell into the trap of looking at those who wanted to refuse vaccination as being part of something like the “far right.”

However, as a philosopher and a man who thinks things through, he realized something was up when the notion of mandatory vaccinations became a talking point. Simply put, segregating people based on vaccine status was a step too far.

Even liberals can see the truth

It’s clear that Kingsnorth is what we would call a Classic Liberal in the English sense. I would not say he was a leftist or a socialist as he takes his principles on natural rights far too seriously than a pure collectivist would.

There was much that Kingsnorth said that I disagreed with; for example, he said he happily wears a mask when asked and that he didn’t think lockdowns were intrinsically wrong. But he sees why those things are problematic for some and why they oughtn’t be forced as they have been.

As he really is someone committed to rational thought, he saw that his left-leaning confreres had embraced a love for totalitarianism. He was startled that so many who were pro-vaccine and pro-government intervention like himself were willing to cross the line of mandatory vaccinations, even gladly.

“Conversations about creating a society in which you can only access many of its services with a digital passport that explains that you had a particular medication — that’s a Rubicon. We’ve never had anything like this before, we’ve never had the technology to do it … ” he said.

He also believes that the spread of coerced vaccinations feeds into the “chinafication” of the West, which is a move toward a technocratic authoritarianism.

“There’s no conspiracy needed to see that the way that this is being managed, through technology, through the vaccine as a techno-fix, through authoritarian mandates, and QR codes that you have to scan to go to the pub, all of that stuff is taking us into a normalisation of ourselves as acceptable, digital members of society,” he said. “And we move towards … a Chinafication of the West, where we’re basically walking into a social credit system.”

“And if people have now normalised scanning their smartphone to go anywhere with their QR code that tells them they’re healthy, what gets added to that? Is it your insurance details? Is it your social media profile, whether you’ve said anything bad and got mobbed today?” he asked.

Where do we go from here?

Ultimately, no matter where one lands on the topic of COVID jabs or what one believes about the severity of the virus, Kingsnorth believes that we are in a toxic authoritarian loop, and that the way things are going cannot continue if we want to keep a society worth living in.

As people slowly wake up to the tyranny that has been staring us in the face since March 2020, vaccine segregation has finally alarmed many otherwise unaware people about the dangers we face.

After nearly two years, it’s evident that there is virtually nothing anyone can do to “stop a virus” in a societal sense, and all earnest efforts to do so will require some sort of authoritarian activity. Even so, the vaccines are failing, and cases continue to soar through locked-down populations.

Kingsnorth believes that we need to start to operate outside the feedback loop of popular media outlets and have conversations with people capable of conversing with moderation.

He urged listeners to leave the unhinged people to “scream on Twitter,” and “ … try to have a conversation. And at a personal level, that’s something everybody can do.”