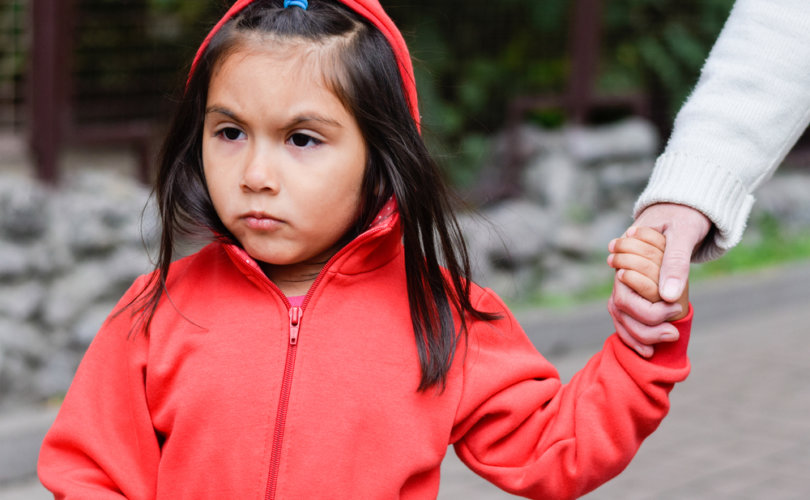 March 8, 2019 (LifeSiteNews) – Last August, following the stunning upset victory of pro-lifers in Argentina, who fended off the legalization of abortion by a mere handful of votes in the senate, I intervieweda prominent Argentinian pro-life activist to discuss how the pro-life movement mobilized millions of people and what their strategy was going forward. Earlier in 2018, over three million pro-lifers had marched in the streets to demand that the government maintain protection for pre-born children in the womb, and tens of thousands took to the streets in celebration when the senatevoted narrowly against legalizing abortion. Buenos Aires became a joyful sea of blue handkerchiefs, the powerful symbol of the pro-life movement.

Pro-life activists have been preparing for the next assault on protections for pre-born children ever since, with many left-wing politicians promising to legalize abortion by other means. Abortion activists have also been seeking a difficult and tragic case to utilize in the media and build national and international support for their agenda, similar to what took place in Ireland in 1992 with the ‘X’ case. Earlier this month, an 11-year-old rape victim gave birth via C-section, apparently after requesting an abortion several times. Doctors worked to save both lives, and the abortion was refused because of complications over the girl’s guardianship.

The media is deceitfully implying — or outright claiming — that Argentina’s pro-life laws prevented this girl from getting an abortion in order to attack protections for pre-born children as cruel. Most of the international headlines state that “Argentina refused 11-year-old rape victim an abortion,” or something to that effect. In fact, abortion is actually legal in Argentina in the case of rape, and there was no law preventing the girl, who has been dubbed “Lucia” for privacy reasons, from getting an abortion. Rather, this was a complex case involving the girl’s family situation and other factors—but that, of course, interferes with the media’s preferred narrative that scores of underage rape victims are being forced to give birth because of Argentina’s pro-life laws.

To discuss what comes next for Argentina’s pro-life movement, which has suffered every slander imaginable from the international media over the past several weeks, I spoke with Camilo Duro, a 24-year-old pro-lifer working on the ground with the organization Frente Joven, a pro-life NGO that “seeks to reduce maternal and infant mortality by addressing its main causes [and] providing support to women with pregnancies at risk.” Frente Joven was also one of the leading organizations fighting the legalization of abortion last year.

What is currently going on in Argentina?

Today we have no idea what's going to happen undoubtedly because “the green side” is handling a communication operation. They're using a new hashtag “#NiñasNoMadres” (#GirlsNotMothers) and the media are [spreading] news of little girls pregnant, eleven or twelve years old, victims of sexual abuse. They're putting local governments and public opinion under pressure. Actually, the last two cases had the same result: premature cesarean between 23 and 25 weeks. One of the babies already died after a few days of life, and the last one, Faustina, is fighting for her life.

An abortion bill will be presented at the end of March. We have our big March for Life in two weeks, on March 23, [for] the Day of the Unborn Child. Two million people are expected to attend throughout the country.

After last year's pro-life victory, do these latest events threaten to bring abortion to Argentina once again?

Yes, it's not over. We are organized and giving options to our politicians to fight this inside Congress. The abortion bill is yet to come, so we're waiting. Meanwhile, we're thinking about a new communication campaign to reinforce our slogan “Save Both Lives.”

What is the pro-life movement doing to respond to what is happening?

This week we announced a new free telephone line to help vulnerable pregnant women. We're working on a new sexual education plan, without gender ideology or promotion of early sexuality. In fact, we have five teams working on different tasks.

What is the abortion movement's strategy?

They want to pressure local governments to apply an illegitimate protocol created during the presidency of Cristina Kirchner. That protocol enables [women] to have an abortion in three cases: rape or sexual abuse, health risk (not life risk, just health, so they use “psychological health” as an excuse) or mental disability of the pregnant woman. But neverthelessit will probably [gain support] in Congress.

What do we in North America need to know that the media is not telling us?

First, we need our support throughout social networks. We're giving information through Twitter, Facebook andInstagram. Every week “Unidad Provida” is using a new hashtag to inform or to repudiate the big media fake news. It is also very important to know that we have an election year, and there's no pro-life candidate yet. It is a huge problem and pro-life people, especially inside the country, are showing disagreement [with the pro-abortion crowd] on Twitter.

Jonathon’s new podcast, The Van Maren Show, is dedicated to telling the stories of the pro-life and pro-family movement. In his latest episode, he interviews the “Godfather” of the US pro-life movement Joe Scheidler. 91-year-old Scheidler says that it was during a speech he attended by Senator Henry Hyde in Chicago in the early 1970s that he became interested in the pro-life fight. “I listened very carefully to Henry's talk and then I started studying the whole pro-life issue of fetal development,” he says. “I thought this was going to destroy our country because we are taking protection away from the most helpless — the unborn.” You can subscribe here, and listen to the episode below: