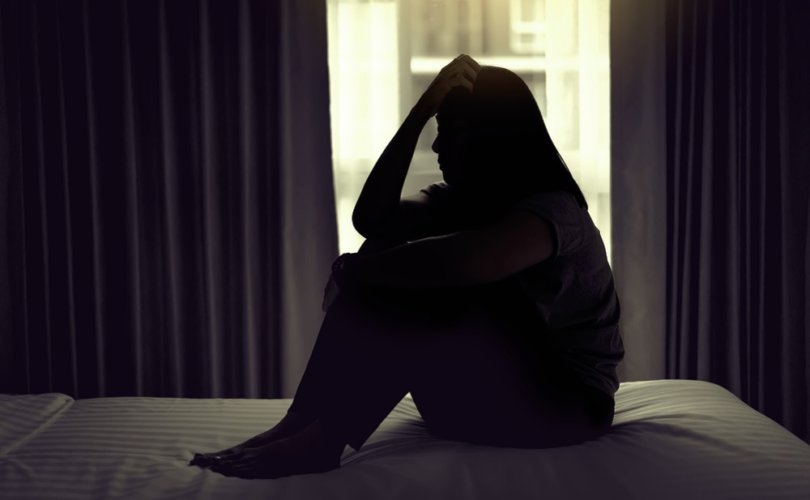 July 23, 2020 (LifeSiteNews) — A new study by Dr. Katherine A. Rafferty of Iowa State University and Tessa Longbons from the Charlotte Lozier Institute titled “#AbortionChangesYou: A Case Study to Understand the Communicative Tensions in Women’s Medication Abortion Narratives” was published in the journal Health Communications on June 1, 2020. With medication abortions on the rise, women are increasingly using RU-486 to abort at home, leading to more complications and an increase in emergency room visits.

According to one summary of the study, at-home abortions are having an impact on the emotional health and well-being of those utilizing this abortion method. In an analysis of 98 blog posts from women who aborted their babies using medication between October 2007 and February 2018, the study’s authors found that 83% of women reported that their medication abortion had changed them. According to the article:

One factor contributing to the trauma of women who aborted on their own was the fact that they were pressured to have abortions. Ffity-three percent of women reported that either the father of the baby or a family member pushed abortion on them, exposing once again the farcical nature of the “choice” that many women face. Several stated that they were unaware that they had choices other than abortion until it was too late. In their own words:

“I remember my husband telling me, ‘well don’t expect me to be too happy with the idea of having it if you decide to keep it. I won’t be too loving.’ That was a knife through my heart and I made the tough decision to go through with the abortion.”

“They all tell you ‘it’s your choice’ in the moment, but you don’t feel that it is. Being unable to afford it, unable to tell you loved ones, not having the help or feeling unable to support a child. When your partner doesn’t want it like you do. All these things push you, blind you to a decision that you don’t realize will destroy you.”

“I was kind of excited but I was so scared to tell my family. I told my mom and her first response was I hope you’re getting an abortion. You’re going to be a terrible mom.”

According to Pregnancy Help News, the study concluded that “[u]ltimately, these centripetal discourses (coming from society, the pro-choice movement, other people in their lives, or their own fears) negated the centrifugal discourse that other alternatives (adoption or keeping their baby) were justifiable options available to them.”

As the practice of at-home abortions using medication increases — especially during the COVID-19 pandemic — many pro-life activists have expressed concern that it will be more difficult to reach women and that the seeming simplicity of the process will make abortion seem easier, less horrific, and more common than surgical abortions. While that is certainly a concern, the first-hand testimonies of women who have aborted their babies in this fashion have led me to believe that the trauma that frequently accompanies these procedures could produce a different result.

At an abortion facility, those carrying out the procedure never permit women to actually see the baby they have aborted as a matter of policy. Shielding women from what they have just done is essential to maintaining the fiction that abortion is a simple health care procedure, and it is for this reason that people — especially those who have had abortions — often react with shock when they come face to face with imagery of aborted babies. The most common response pro-life activists here when displaying abortion victim photography is I never knew. With at-home abortions, however, many — if not most — women will actually see the baby they have aborted. This is an experience that would not have occurred in an abortion facility, and the impact of seeing the aborted child is often traumatic. The study contains the reactions of some women to their at-home abortions:

“I was in so much pain on the bathroom floor.”

“The pills made me vomit, lose control of my bowels, sweat, faint, pass out, and go into full labor.”

“They told me it wouldn’t hurt and I wouldn’t feel a thing. THAT WAS SUCH A LIE. I felt everything, I heard everything, I seen everything. I ended up blacking out from the pain and puking all over myself.”

“I knew to expect blood clotting, but nothing could’ve prepared me for seeing her body. It was the color of my own skin, and was actually starting to look like a person.”

“We were told we would go back to normal and it won’t affect us but they were wrong!!! All I feel is emptiness and hatred. I used to be the happiest most positive girl. All I want is to take it back.”

It is possible that medication abortions will continue to rise, and that most will see it as even more convenient than going into an abortion facility. But it is also possible that when abortion becomes a more intimate experience and increasing numbers of women come face to face with the children who have been expelled from their wombs, that many will see what the facilities have long kept hidden from them: the reality of what abortion actually is. Only time — and more death — will tell.

Jonathon’s new podcast, The Van Maren Show, is dedicated to telling the stories of the pro-life and pro-family movement. In his latest episode, Mark David Hall speaks about America’s Founding Fathers, the ideals upon which our society was established, and what this means for Americans today. You can subscribe here and listen to the episode below: