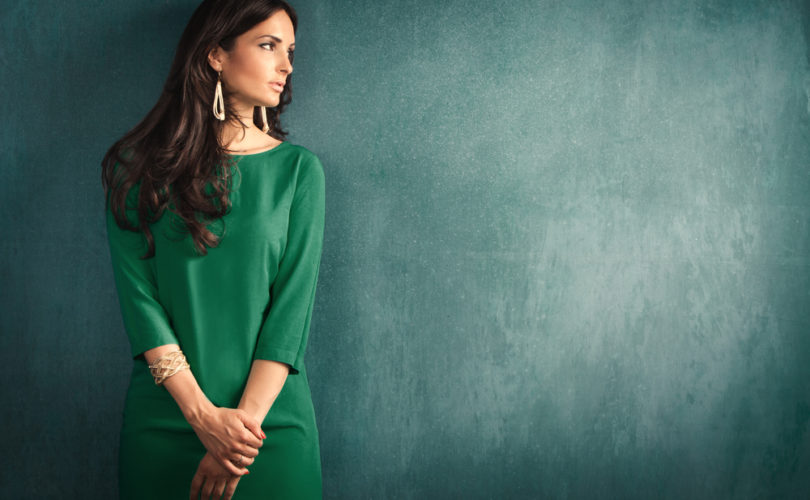 Recently while on a vacation in Missouri, my daughter Ella, who had just turned four-years-old, went on a trip with me to the neighborhood mall. A window sign in a teen/young adult clothing store caught my attention; it read “$5 sale racks.”

I went in to see if there was anything I might like to buy since it was such a good deal. Ella disappeared to another rack with what she thought were princess dresses. Ella is extremely familiar with the colors, textures, and fancy fabrics that make a princess ball gown, since she wears them 80% of her days. On some days she is Cinderella, on others, she is Rapunzel, and I could go on and on. She adores every one of the eight little dazzling gowns she owns, most of which were given to her by one of her generous grandmothers. Since we were visiting Missouri and I didn’t pack any of her normal day-to-day fancy dress-up gowns, she must have been having withdrawals.

As I was whipping through the hangers of the $5 clothes, Ella kept calling my attention to the rack of dresses she found. She was amazed, excited, and delighted about all of these fancy dresses that were her size hanging all in one place. She yelled over to me, and said, “Mom, I want to try these on. I want one.” I chuckled at first and said, “Ella those dresses are made for teenagers” and returned to my perusing, knowing there is nothing in this store to fit my four-year-old child.

My note to teenagers: Don’t be fooled into thinking that less clothing will get you more of what your heart desires, unless your hearts desires more heartache.

She stared at the dresses more and let me know her frustration, begging me to allow her to try one on because in her opinion they were made for a girl her size. Noticing Ella wasn’t going to give up her determination, I went over and tried to reason with her. She still didn’t understand, and as I looked more closely at the dresses being marketed to 16-year-old teenagers, I could see her point. They appeared to be so small that they would fit my 4-year-old child. So, I gave in. I let Ella try on the beautiful princess dresses, and although being a bit big in the bust and stomach area, they fit in length.

Ella hasn’t been so entrenched into the deception of the culture that she sees things as they are. How do I argue with the honest rationale of a child who isn’t jaded. She was giving me this confused look, as if she was saying, “Mom, isn’t it obvious? These dresses are made for me, not a teenager.”

The dresses were so short and so tiny that she could not imagine that they would be made for anyone but a 4-year-old child. I am in agreement with my 4-year-old. When I tried a few on her, then she was really convinced they were made for her size! And, what would look somewhat modest on my Ella would leave nothing to the imagination on a 16-year-old child.

In a recent blog I wrote called, “Bored, porned, and alone: our children’s counterfeit world,” I explained this concept: A man used to have to work hard to win a woman’s hand in marriage, to earn the right to see his wife wearing lingerie in marriage. Now, a man can walk down any street and see a woman in revealing lingerie-looking outfits all the time, most of which the women purchased in regular clothing department stores.

And the great and beautiful mystery of what should be hidden underneath a woman’s clothing is pre-maturely revealed to anyone who wants to look, who wants to use, and who wants to take advantage. And, what that girl may not know, is that she may be looked upon as a mere object or just a body without emotion, a mind, or a soul.

To be modest is to refuse to unveil the mystery of who you are. My four-year-old’s princess dresses, in all their beauty and adornment, reveal her beauty, because they keep hidden a beautiful mystery about her. I understand that girls at age 16 still imagine themselves as Cinderella and may even remember the days at my daughter’s age where life just seemed a whole lot simpler. The days where dressing up in a princess dress wasn’t done to get a guy to notice her, but rather to notice her own beauty and dance around and play even when no one was watching. And as my daughter grows, so will her dresses, because there is a great beauty in her physical appearance that wasn’t meant for every guy to see.

I can only pray that she will not lose that innocent nature within her to know when a dress is clearly made for a child even if it’s on a rack being sold to a teenager.

My note to teenagers: Don’t be fooled into thinking that less clothing will get you more of what your heart desires, unless your heart desires more heartache. Wearing more clothing offers more opportunities for you to be loved and appreciated rightly! More clothing protects your dignity and offers you a freedom to be comfortable in your own skin, knowing that you don’t have to reveal everything to get a man to notice your body, mind, and soul. More clothing undoubtedly will protect your chastity and virtue and lead more of the good-intentioned and virtuous guys to want to date you for who you are on the inside, rather than how you dress.