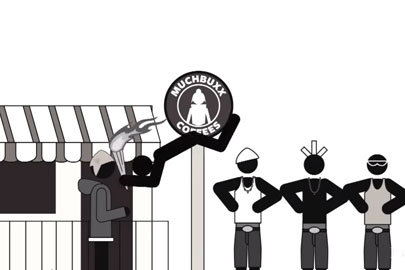 June 24, 2015 (LifeSiteNews) – Before I get started, let me say that you MUST WATCH the video further down in this article. I will explain the usefulness of the video as an eye-opener to the Global Warming/Climate Change controversy.

In 1968 I was a university student and, unfortunately, believed most of what my professors told me. In that year Dr. Paul Ehrlich came out with his book “The Population Bomb” warning about almost imminent apocalyptic catastrophe for mankind if we did not drastically reduce the birth rates of every nation.

There was a worldwide, coordinated campaign throughout all media and academia to promote Ehrlich’s the-sky-is-falling theory. Most influential scientific publications and numerous leaders supported Ehrlich’s ridiculous analysis and conclusions. I fell for it as did almost all of my fellow students.

I even became a card-carrying, dues-paying member of Ehrlich’s Zero Population Growth organization. How embarrassing.

Several years later I, and many others, woke up and realized Ehrlich’s research deductions were outright fraud. It was a lesson I would never forget.

One part of the lesson was how incredibly easy it is for the media, government, and academia to stampede the public into accepting false scientific theories using fear and other propaganda techniques. I understood then how easy it was for elites and super egotists like Adolph Hitler to convince people to accept their mad and dangerous ideas.

“The Population Bomb” scare was indeed mad and indeed dangerous, having resulted in a worldwide perversion and prostitution of science, hundreds of millions of lost or damaged lives, and a mangling of cultures and family life. It was pure evil.

The other lesson was that going against the popular tide of these anti-human waves takes courage and a strong confidence in the human spirit. Faith in God also helps a great deal, which explains why secularists tend to get so deadly pessimistic and cynical when faced with apparent, humanly impossible challenges.

When Ehrlich's ideas came out I had stopped living my faith and lived a very self-centered, secular life. I, and millions of the sixties generation like me were therefore morally and spiritually blinded and easily conned by over-population propaganda.

Courage is needed because the propagandists make sure that anyone who still sees and thinks clearly and opposes their self-serving fictions must be ridiculed, threatened, harassed and driven out of positions of influence.

Now, The New York Times has recently published an incredible short video exposing the Population Bomb fizzle. For many years they had strongly supported the Ehrlich campaign. It is astonishing that the Times would now admit how wrong it and everyone else was about Ehrlich's reckless predicitons.

The video is still lacking total honesty as explained in an article by Robert Tracinski, but it is nevertheless historic that it admits as much as it does. Tracinski notes that in the video the Times “captured in one line the sudden realization that Ehrlich is a charlatan who has been conning the highest levels of the culture for years. “

I want to encourage an eye-opening exercise to anyone reading this article. This is very important at this crucial time in history.

Watch the video and keep imagining it is about, “Climate Change”, instead of overpopulation, as the video goes along. You should quickly catch on that what is happening today is the very same manipulative, anti-human, pessimistic scenario as happened with “The Population Bomb”.

I believe this exercise with the movie can open many minds about the Climate Change movement's dangerous implications for the future freedoms and welfare of especially the vulnerable people in the developing nations. They have long been the primary targets for massive, immoral de-population measures (See NSSM 200 and The Inherent Racism of Population Control).

The Climate Change movement is still, in reality, the very same agenda of finding yet another way to convince the public and all governments that we must go along with whatever we are told is needed to cull the world of billions of supposedly excess humans – especially in Africa, the Philippines, Latin America and Asia.

Times video has “one big omission”

Tracinski reports that the Times video has “one big omission,” and that is the triumph of Ehrlich’s intellectual challenger, the late, world renowned economist, Julian Simon.  He isn’t mentioned at all and that cannot be an accident.

Simon, writes Tracinski, argued that, ‘“humanity’s condition will improve in just about every material way.” In 1997, a year before he died, Dr. Simon told Wired magazine that “whatever the rate of population growth is, historically it has been that the food supply increases at least as fast, if not faster.”’

He continues, “Simon explained that the reason the overpopulation catastrophe never materialized was because human beings create more resources than they use up. The 'ultimate resource,' Simon argued, is human thought and ingenuity which is constantly discovering untapped resources and inventing new ways to use them.”

Apply that last paragraph to today’s Climate Change alarmism. Once again, we are supposedly doomed, even according to Pope Francis, or at least his advisors, if we do not undertake drastic measures to limit our material consumption, use of fossil fuels (despite growing leaps in efficiency), use of air conditioning, etc. and move away from the economic system of free enterprise and market economies that has taken billions out of extreme poverty and eliminated many diseases.

And lastly, we are told we need to give up much of our freedoms and national sovereignty to some new form of centralized world governance, at a time when there is clearly a dangerous deficit of ethics in how the various international bodies are conducting themselves. That is the most dangerous proposal, especially given the recent history of anti-life, anti-family international organizations such as the United Nations and its subsidiary organizations such as UNICEF.

Today we are not being adequately warned about the looming demographic winter in numerous nations in the not-too-distant future that will result in dire calamities never before experienced in history. The NY Times video does however mention the issue.

We must ask WHY?

Recalling my early years of foolishly accepting the extreme overpopulation scare I now ask, WHY? Why should we be making all these drastic changes at a time when there is a much smaller percentage of the world’s population that is poor, when environmental protection measures are the best in history in developed nations, when many developing nations are racing out of their poverty and backwardness and are concerned about and trying to overcome the excess pollution of their new industrial economies?

Why are the massive improvements in environmental and social responsibility policies by large energy resource, mining and other corporations around the world being ignored and actions being called for as though these positive changes have not taken place?

Why should we be drastically cutting back on energy use when the Arctic and Antarctic still have high and even record levels of ice, the polar bear population is at a record high, the earth has not warmed in over 18 years, no one really knows whether the climate will remain stable or when it will change, nor in what direction it might change and very costly alternative energy programs have been bankrupting nations that have implemented them.

How can humans think they have a substantial influence on the climate when one or two large volcanic eruptions, major changes in solar energy output, and periodic flips in the earth’s magnetic field – all totally out of our control – utterly dwarf anything that we humans can cause?

There is insufficient evidence to justify alarmist warnings

Having closely followed and written about the population, global warming, climate change, and extreme environmentalism issues for many years now, I can see nothing that would justify the warnings of the alarmists.

Many would have to deny their reason and harm their personal dignity to accept all the scare mongering that is being thrown around at this time. None of it is supported by hard, consistent facts. And if there is any doubt, we are obliged to err on the side of life and on the side of freedom.

All that is happening right now is theory. There have been many publicly revealed frauds and terribly flawed studies associated with climate alarmism. Every dire prediction over the past 50 years has proven to be completely wrong. Numerous people, such as Al Gore, are making a financial windfall on the scares.

Who doesn’t support eliminating pollution and helping to eliminate poverty? Who doesn’t love the environment and enjoy clean air, beautiful parklands and seeing the thriving of all of nature? Isn’t it a natural self-interest for any person, community or nation, other than perhaps totalitarian regimes, to desire those things?

These phrases bring up a wealth of information from numerous sources credibly contradicting the current manufactured panic.

To get you started, however, here just a few of the items that will come up when you do that search:

Vatican use of Population control word “sustainable” at UN worrisome

UN Climate Chief: We Should ‘Make Every Effort’ To Reduce Population Increases