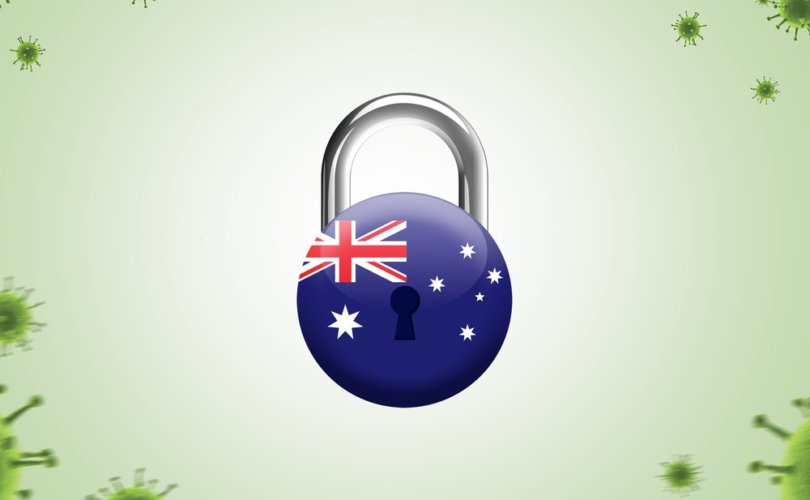 (LifeSiteNews) – Imagine if, in early 2020, the Australian people had been told that a new disease, COVID-19, would cause just over 200 deaths in Australia over the next two years. To respond it would be necessary to lock people in their homes, force them to wear masks, coerce them into getting an untested and dangerous inoculation to keep their jobs, create medical apartheid, lock the “unvaccinated” out of society, undermine the separation of powers by letting the Executive create rules instead of the Legislature, and suspend the laws of the land with state of emergency provisions.

I am sure no Australians would have thought this to be either a proportionate or sensible response. Yet recent data from the Australian Bureau of Statistics (ABS) has revealed that it is exactly what has happened. As Nutritional and Environmental Medicine specialist Professor Robyn Cosford explains, the latest COVID death statistics show that the hysterical claims that there was a deadly pandemic in Australia were completely wrong.

Cosford had to resign her job in order to speak out because of the relentless attacks being mounted by medical authorities on any practitioners who dare to think for themselves. When, as is finally happening, the truth eventually emerges about the perils of the vaccines and the extreme over-reaction to the COVID threat, it is hard to see how Australia’s health system, including the doctors, will ever regain public trust.

The ABS data record that 2,639 deaths were people who died “with or from” COVID-19 by January 31, 2022. That equates with less than 0.9 percent of total mortality in Australia. Of that 0.9 percent, only 8.6 per cent died “from” the virus: that is, had COVID listed as the only thing on their death certificates. The remaining 91.4 percent had other conditions, usually pre-existing. It leaves a figure of 226 people who died from COVID alone, which is 0.07 percent of the population, or seven in 10,000 people. It was never a pandemic. That is perhaps why the ABC, the national broadcaster, is lying about the death toll, yet more misreporting.

The ABS’s data on the age of people dying with or from COVID is also revealing. As Cosford explains, the median mortality age in Australia is 83.7 years: 81 for men and 86 for women. According to an ABS report, the median age for those who died from COVID-19 was 83.7 years (81.2 years for males, 86.0 years for females). Almost exactly the same, in other words.

Australian politicians have boasted for two years that they were “following the science” and listening to the best experts. They did nothing of the sort. Most of these so-called “experts” have been computer modellers using epidemiological projections based on assumptions that turned out to be almost entirely wrong. A dart board would have been better.

These modellers, ridiculously trying to correlate infection rates and population movements, predicted that locking people in homes, making them wear masks, closing the international borders, shutting down retail stores and hospitality venues, imposing curfews, and constraining people’s movements would somehow contain the virus. It was all nonsense.

Then governments brutally mandated potentially dangerous vaccines (which do not even meet the Therapeutic Goods Administration’s own definition of what a “vaccine” is) claiming that this would “stop the spread” of the virus. That claim was false, too. The Australian authorities are now forced to admit that the jabs do not stop infection or transmission, and do not give any extra protection against COVID. Indeed, the fact that state governments are pushing boosters is an implicit admission that they only work for a short period. So when the governments insisted that they knew the inoculations were safe and effective they were lying. They could not possibly know that in such a short period of time. It is now clear that the jabs are neither.

A clue into how such a debacle occurred has been provided by the South Australian Senator Alex Antic. He asked the South Australian state government, using a Freedom of Information request, for the medical advice that the state government kept citing as its reasons for locking down the state. Antic was given almost no information, mainly because there was almost none.

Here is what probably happened within government circles. There was never any genuine medical advice, despite all the claims from politicians that they were “following the science.” That is why they never made any effort to share it with the public.

Instead, it was fear-driven politics. In early 2020, spooked by reports of what was happening internationally, panic set in. Australia’s feckless politicians, determined to look like great leaders, instructed their bureaucrats to issue outrageous health orders. Some probably also had darker motives, although this has to remain speculation. The fact that the Federal Health Minister, Greg Hunt, was formerly director of strategy at the World Economic Forum might not be trivial, for example.

A massive public campaign was mounted to get people to use unreliable tests – now acknowledged to be so by the U.S. Food and Drug Administration – to create hysteria about the number of “cases.” The authorities neglected to mention that 99 percent of those “cases” were people who either had no, or only mild, symptoms. Then they got the epidemiological modellers to feed all this nonsense into their computers and came up with a series of absurd, evil policies that have deeply harmed Australia’s democratic fabric.

The truth is now out. But don’t expect Australian politicians to finally start “following the science.” They never have.