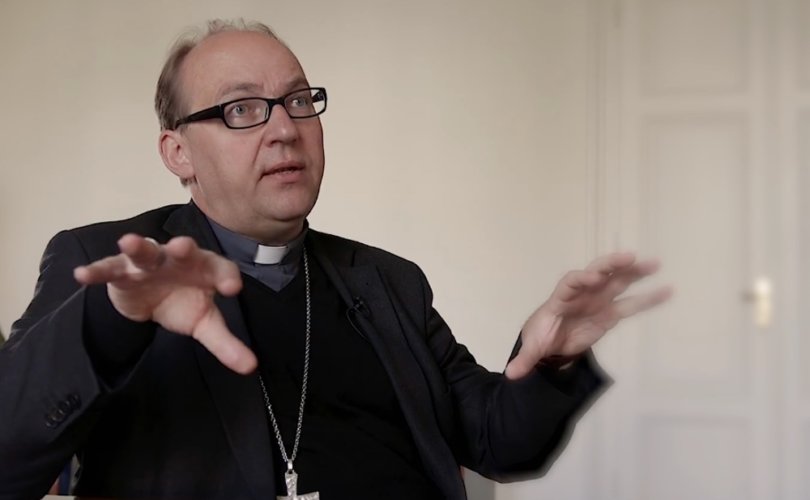 January 28, 2019 (LifeSiteNews) – The Austrian Diocese of Innsbruck under the leadership of Bishop Hermann Glettler announced on January 25 that it will host a set of seminars for divorced and “remarried” couples, at the end of which the couples will be allowed to receive Holy Communion and a “celebration of reconciliation and of blessing.”

At each of these seminars – which are said to be inspired by Amoris Laetitia – there will be a divorced and “remarried” couple present as a guide. One of these couples has publicly stated that it has already received a Church ceremony in Bavaria at which they promised loyalty to each other and then received a blessing.

As the official news website of the Austrian bishops, Kathpress.at, reported on January 25, Bishop Glettler on that same day launched this new initiative which intends to face today's life realities in light of the papal document Amoris Laetitia. “To Begin Anew” is the title of the set of seminars offered to divorced and “remarried” couples which are being hosted by a pastoral caretaker (either a priest or a deacon) and by a couple which itself has “remarried” after a divorce.

“Even if a second Church marriage is not possible,” explains Glettler, “we want to assure all couples that they have their place at the center of the Church.” The Austrian bishop makes it clear that he rejoices over such couples. As the diocese says: “We rejoice that people, after experiences of failure in life, take courage again and dare to enter new relationships.”

Nowhere in the different texts published by the diocese on this issue is there any talk about the sinfulness of adultery that takes place when a married man or woman enters into a new sexual relationship.

The plan as laid out on the website of the Innsbruck Diocese is that divorced and “remarried” couples meet with a pastoral caretaker (a priest or a deacon) as well as a divorced and “remarried” couple in order to discern their personal history and situation. In the first step, one's own personal experience of failure is to be presented, with a discernment of what one can learn from these experiences for the future (the second step). In the third step, the larger group of persons affected the divorce is to be discussed, such as family members and friends, in order to promote “reconciliation” and “strength for new relationships.” The topic of failure is to be discussed in light of Bible stories in the proposed fourth step, showing that failure and new beginnings are human.

“God lifts people up and gives new life energy,” the diocesan program states. As a “conclusion” of this “path” of discernment during the seminar (which is being offered either over the course of several evenings, or, instead, during a one-day seminar), there is then to be offered a “celebration of reconciliation and blessing.”

Bishop Glettler makes it clear that this accompaniment of divorced and “remarried” couples is inspired by Pope Francis' post-synodal exhortation Amoris Laetitia, from which he presents a set of quotes in his flyer for the planned seminars. For the Austrian prelate, this new initiative is also a “new beginning” for the Church, and he apologizes for past wounds that the Church has inflicted upon the divorced and “remarried” couples in the past. It is, he says, about “learning from those who experienced failure and a new beginning.”

As Mr. Wasle explains: “A deacon in Bavaria made this possible for us inasmuch as we gave each other in his Church a promise and were able to ask for the Divine blessing.”

Bishop Glettler explicitly links his new initiative with the Pope's document Amoris Laetitia, saying that this papal document has given love the capability “to dare the future,” and he stresses: “the source of the Christian Faith opens up new paths and unforeseen possibilities.”

There have been numerous national guidelines published in the world since Amoris Laetitia – such as in the Buenos Aires region, in Malta and in Germany – allowing some “remarried” divorcees to receive Holy Communion, but, so far, the idea of giving a sort of official Church blessing to the “remarried” divorcees seems to be a novelty. So far, in the German Diocese of Limburg some Church representatives merely discussed the possibility of blessing divorced and “remarried” couples – as well as homosexual couples – at the beginning of 2018, but so far, there has not yet been established such an official blessing as in Innsbruck.