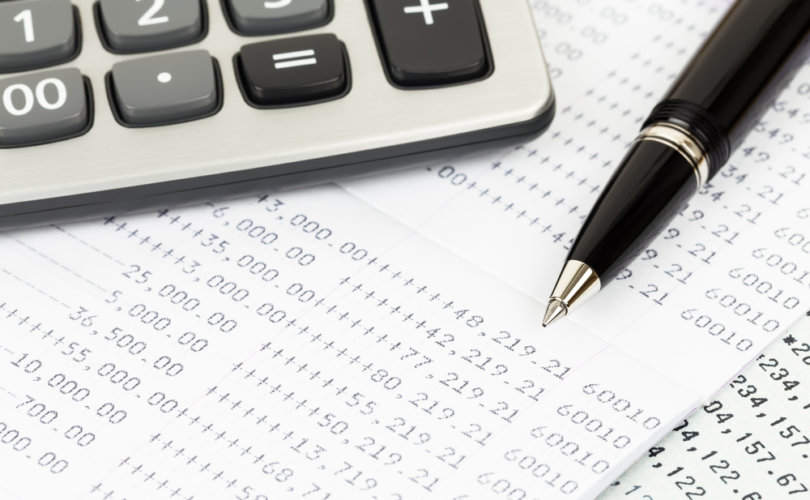 December 19, 2018 (LifeSiteNews) – The Austrian Diocese of Gurk-Klagenfurt is in increasing turmoil. Ever since Bishop Alois Schwarz was transferred to the Diocese of St. Pölten in July, the local Church leaders in Gurk have tried to clean out the moral and financial corruption that took place under Schwarz's 17-year reign.

In spite of Rome's order that the report of a commission on the situation should not be published, the Gurk cathedral chapter under the leadership of Monsignor Guggenberger went ahead and made the report public, arguing that Schwarz himself had already quoted from the report while trying to whitewash his past behavior.

Schwarz, as it turns out, is a confidant of Vienna Cardinal Christoph Schönborn. As Guggenberger now states, Schönborn and the Austrian Bishops' Conference have known of the situation in Gurk since 2008. Guggenberger has also publicly revealed that Bishop Schwarz allowed a certain woman to “damage the reputation of the episcopal office and of the Church in Carinthia.” He thus was “blackmailable by his priests in the context of the obligation to live in celibacy.”

As the Austrian Catholic news website Kath.net reports on December 18th, Monsignor Engelbert Guggenberger, the interim administrator of the Diocese of Gurk-Klagenfurt, published the report on the financial and moral state of the diocese after the departure of Bishop Schwarz. When publishing the report, he explicitly stated that he acted in his role as a member of the cathedral chapter of Gurk, and not as the diocesan administrator. Guggenberger, in this way, may have been attempting to bypass a recent order coming from the Congregation for Bishops under Cardinal Marc Ouellet who had told the diocese not to publish any findings, but, rather, to send them to Rome. Cardinal Christoph Schönborn is said to have lobbied for not publishing the document.

The now published report describes a “Bishop Schwarz System,” in which a very close confidante of the bishop was given a leadership role which she abused, giving grave moral and financial damage to the diocese. Bishop Schwarz has now received a request to refund prior debts from the diocese. And Cardinal Schönborn, together with others, knew about all of this since 2008, as Guggenberger now reveals.

The reason given for this unusual act on the side of diocesan leaders to publish this report is that Bishop Schwarz himself has now already quoted from this heretofore unpublished report, claiming that its findings actually show his own correct behavior in financial and administrative matters, and that he did not violate Church law. Thus, says Guggenberger, “while the diocesan leadership was told [by the Vatican] not to publish the final report of the diocesan commission, the bishop of St. Pölten [Alois Schwarz] quotes extensively from the original report and claims, contrary to the facts, that the report acquits him of a mishandling of the diocesan property and that his conduct was in accordance with Church law.” Thus, the diocesan administrator adds, they had to publish the report themselves so that there could be a “complementary presentation,” and also for the sake of the local population who would find it difficult to understand “if this one-sided and incorrect presentation [by Schwarz] were to remain unchallenged.”

Additionally, it was his “conscience” that led the cathedral chapter to make the document public.“The truth will set you free,” Guggenberger stated.

As Guggenberger says in his own press statement, the reason for this investigation of the conduct of the last bishop is the existence of “massive public accusations concerning his [Schwarz's] leadership and personal way of life.” His “way of leading and of communicating; his personal entourage which caused much talk and many rumors; as well as his hiring of a former secret service agent”; as well as “a negative working atmosphere” have altogether thus caused much unrest in the diocese which is located in Corinthia. The Diocese of Gurk-Klagenfurt is the wealthiest diocese in Austria, and, as the final report of the commission now shows, has sustained large financial losses during the last couple of years, with a loss of 1,9 million euros alone in 2017.

As Monsignor Guggenberger explains, Bishop Schwarz himself “has not commented on the above-mentioned accusations,” and so the new leadership saw itself confronted with these various criticisms. The immensity of the “problems and questions during the 17-year-long tenure of Bishop Schwarz” made it “impossible to consider this matter to be merely a matter to be dealt only with within the Church and to be kept away from the public,” he says. “The raised accusations were too serious and too widely known.”

As the diocesan administrator points out, after the Vatican's recent December 10th decision to order the diocese not to publish the findings of the commission, many people, “not only Catholics in Carinthia, but in the whole country” were indignant. “We daily received innumerable calls, SMS, e-mails and letters.” People mostly expressed their support for the diocesan attempts at clearing things up, “but many also threatened to leave the Church, should the results of the final report not soon be published,” he explains. Many people also contacted Cardinal Schönborn and the Vatican “calling for transparency.”

Guggenberger makes it clear that the findings of the diocesan report are the result of the work of both a diocesan working group, as well as of independent experts. He also states that claims for refunds have now been sent to Bishop Schwarz, for financial damage to the diocese.

As the final report itself shows, the diocese has undergone serious financial losses in the recent years, especially under the leadership of Mrs. Andrea Enzinger, with whom Bishop Schwarz is said to have had an unfittingly close relationship. He had made her the head of the St. Georgen Educational Center with a hotel and a conference center. According to the report, under her leadership the finances went down, overly expensive building projects were started, the personnel costs went up, and employees left their jobs or were mobbed out of their positions.

The key to this “Bishop Schwarz System,” according to the report – which is also based on many personal interviews with diocesan employees – is Bishop Schwarz's relationship with Mrs. Enzinger: “with the knowledge and support of Bishop Dr. Alois Schwarz, Andrea Enzinger BA MA has abused the Diocese Gurk as a stage for her own personal interests, and she has damaged, by her acts, the reputation of the episcopal office and of the Church in Carinthia.” Enzinger was promptly dismissed, however, from her post as soon as Bishop Schwarz had left the diocese.

The report also states that Bishop Schwarz had violated Church law by dissolving a financial commission – as prescribed and required by Church law – that was designed to supervise certain financial decisions on the part of the bishop. “The Diocese of Gurk effectively had no supervising body,” the text states.

Monsignor Guggenberger, in his own above-mentioned press release, further comments that the “relationship of the bishop with the former head of the Educational Center St. Georgen is the cause, up to today, for much talk, gossip, and speculations.” (As one source who lives in Klagenfurt says, Schwarz' car, for example, was often parked in the evenings at Mrs. Enzingers place, and they both often went together shopping in town, openly for everybody to see. As reported before, they are also said to have gone together on trips to Vienna, staying at an apartment owned by the Diocese of Gurk.)

“Bishop Schwarz,” continues Guggenberger, “was, through this relationship of dependency, led and directed by the moods of his confidante,” with “great damage” to the episcopal office and the Church. Many diocesan priests and employees, he explains, were “very burdened” by this situation. The diocesan administrator also makes it clear that many people have tried to speak with Bishop Schwarz about these problems, and for years.

“The responsible Church authorities,” he states, “that is to say, the nunciature in Vienna and, with it, the Roman authorities – also Cardinal Schönborn, as well as the different metropolitan archbishops of Salzburg [first Alois Kothgasser, then Franz Lackner], have been informed about the effects of the 'Bishop Schwarz System' for years. The Austrian Bishops' Conference [which is headed by Schönborn] knew the latest since 2008 about the conditions in the Church of Carinthia.”

Specifically, Guggenberger mentions Archbishop Kothgasser of Salzburg who, upon a commission by the Austrian Bishops' Conference, had some conversations in Corinthia about the matter. “Nevertheless,” Guggenberger concludes, “since 2008, the described circumstances have not changed at all, on the contrary. Due to his way of life, the bishop was increasingly hampered in his exercise of his office, because he was blackmailable by priests in the context of the obligation to live in celibacy.” The tipping point, according to the diocesan administrator, was that Schwarz, in the end, hired a former chief of the Austrian secret service in order to investigate adverse anonymous letters written by some of his employees.

After Guggenberger's press release, Bishop Schwarz said that he will “not give any further statements in this matter.”

Cardinal Schönborn, in spite of all the knowledge he had about Bishop Schwarz' misconduct, still praised this prelate when he was installed in his new Diocese of St. Pölten, in July of 2018. He then said that Schwarz had worked with him for years in different positions in Vienna – also as his auxiliary bishop – and that this fellow bishop “feels what is pastorally necessary, on all levels, with simple people, with business people, with farmers.” “I believe he is a very good choice for St. Pölten,” Cardinal Schönborn concluded.