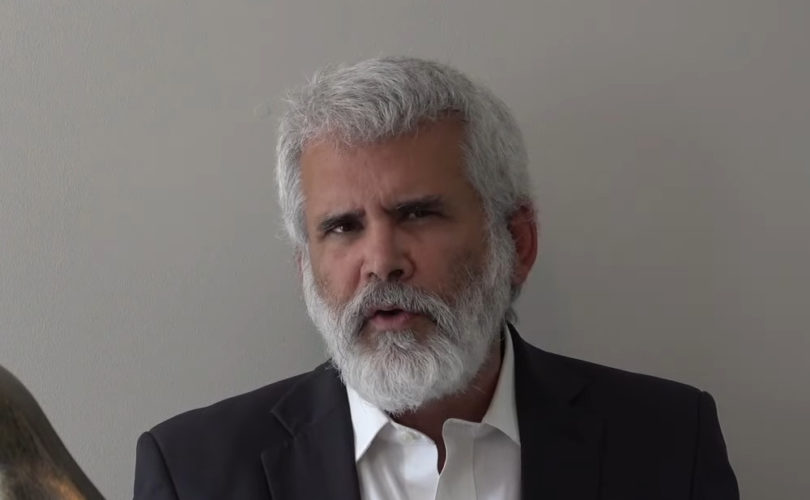 (LifeSiteNews) — Dr. Robert Malone, the original inventor of the mRNA vaccine technology, told LifeSite in a recent interview that he believes the Austrian and German governments – both of whom are pushing for a universal vaccine mandate — “have gone mad.”

He made it clear that the measures being implemented again this winter in the two countries – lockdowns, mask mandates and, in Austria, vaccine mandates – are not effective and on the contrary have grave negative effects on people. He is speaking of a “globalist totalitarianism,” undermining our democracies.

The full transcript of this interview can be viewed here.

Dr. Malone clearly rejected the idea or universal vaccination – calling it “insane” – and showed much sympathy for the Austrian people as well as the Germans: “So those people and also the Australians,” he told LifeSite on November 27, “are facing an intolerable situation where their governments are literally, in my opinion, have gone mad.”

Catholic activist Alexander Tschugguel has been calling for international help in his home country of Austria, with the impending vaccine mandates that are to start in the first months of 2022. He made it clear in a recent LifeSite interview that he will resist the COVID tyranny in Austria, and in a November 30 statement Kazakh Bishop Athanasius Schneider strongly encouraged Austrians to resist these unjust measures that are being implemented now.

There are many reasons for resisting, for example, the vaccine mandate.

Speaking about vaccine mandates, Dr. Malone stated that he believes in the “fundamental principle, in the logic, that people have freedom to choose and particularly over their own body in medical procedures,” and in this case, we are dealing with the question of “mandating individuals receiving a medical intervention with an unlicensed medical product that they may or may not wish to accept.”

Along with virologist Dr. Geert Vanden Bossche, Dr. Malone fears that universal vaccination would promote the increase of vaccine resistant mutations of the corona virus. “My impression is with the Delta variant and now the Omicron variant that we are seeing evidence that’s consistent (…) We’re seeing data that are consistent with the hypotheses of Geert Vanden Bossche and others.” “It does appear,” Dr. Malone expounded, “that the pattern of mutations [such as with the Delta and Omicron variant] that we’re observing are entirely consistent with what Geert has predicted.”

In light of the current Austrian vaccine mandate, Dr. Malone also expressed concern about the possibility that these vaccines actually might enhance disease. “And the worry is that as you know, the worry, the chronic worry that many of us have had that think about these things and try to look carefully at the data and are aware of the prior data in coronavirus vaccine development in humans [that] has repeatedly encountered the problem of vaccine enhanced disease,” he stated, and wondered whether certain data are “an initial indicator of some deeper phenomena having to do with vaccine enhanced injury?”

Also, the other measures of the Austrian (and German) governments did not find Dr. Malone’s approval.

Asked by LifeSite about the mask mandates and whether they are efficient and helpful in fighting the coronavirus, the virologist answered that “there’s a number of papers that look at the effectiveness of masks.” Those studies, he continued, “show that the effectiveness of the masks that we’re using in general in the population at best is about 10 percent in terms of reducing the spread. And that’s consistent with what the CDC had in their calculations.”

Dr. Malone also stressed that there are many negative side effects of using masks. He explained that while wearing masks, “we have additional bacterial flora, and potentially viral, that we are repeatedly re-breathing. So it’s not just the effects on CO2 levels and those kinds of things. There’s also some infectious components to it.” Next to the health aspect, there is, in Dr. Malone’s eyes, also a psychological one, especially for children. “As you know,” he added, “children need to see faces. And this, the use of the mask, particularly in the context of schools – children interacting with other children – is really counterproductive.”

The immunologist also rejected the idea of lockdowns. Dr. Malone made it clear that the virus cannot be stopped by the lockdowns, that they are little effective but cause much harm:

“There are multiple reports out now and deep studies, economic studies, comprehensive studies that show that the overall impact of lockdowns is not to reduce deaths,” he said. “In many cases, you can show an increase in death that – whether or not it’s due to the virus itself – there’s a number of other things that these lockdowns impact on, including mental health of people. So suicide rates go up. People aren’t being fed as well.”

The overall impact in multiple assessments of the lockdowns, according to Dr. Malone, “is damaging. It’s worse than if they never impose that at all, in terms of the economy, people’s employment, people’s mental health, the rate of suicide.”

Dr. Malone added that many people also do not get their illnesses “detected as easily,” since they stay at home. There is a “whole cascade of other things.” “It’s this overly simplistic thought that with this simple intervention, we can have a beneficial effect on the spread of the virus. As you know, the truth is the virus will move through the population,” he concluded.

LifeSite asked Dr. Malone to comment on a recent statement by Bavarian Minister-President Markus Soeder, according to whom one can only can get rid of the coronavirus by mandatory vaccination. “Only vaccination can free us from the continuous loop of the coronavirus,” he said November 26.

The physician explained that one of the reasons might be “that the leadership in the European Union and throughout the West, including the United States, has been captured functionally by the economic interests of some financial entity, of which the pharmaceutical industry is a component.”

Further describing the power of international financial groups that seems to be able to influence the world’s common response to the current corona crisis – to include the “insane push for universal vaccination” – Dr. Malone said:

“I’ve become convinced that we do have a situation that is essentially the growth and expansion of global tyranny that is harmonized, that is managed, that is aligned across nation states, and it appears to be aligned with the economic interests of a small cluster of investment funds that represents the bulk of global western capital,” he said. “And what I’m particularly alarmed about – me and many others, and apparently also the archbishop [Archbishop Carlo Maria Viganò] – is that this pool of capital is so large now that it has more power than individual nation states do.” This capital has become so powerful that “it can dictate policy, economic policy and national policy in different nation states. And that capital has acquired all of the main media, all of the Big Tech and all of the major vaccine and pharmaceutical companies. And it’s all this is why it’s acting globally in an integrated fashion.”

It is because of this concern that Dr. Malone then explicitly endorsed Archbishop Viganò’s recent November 18 call for an anti-globalist alliance.