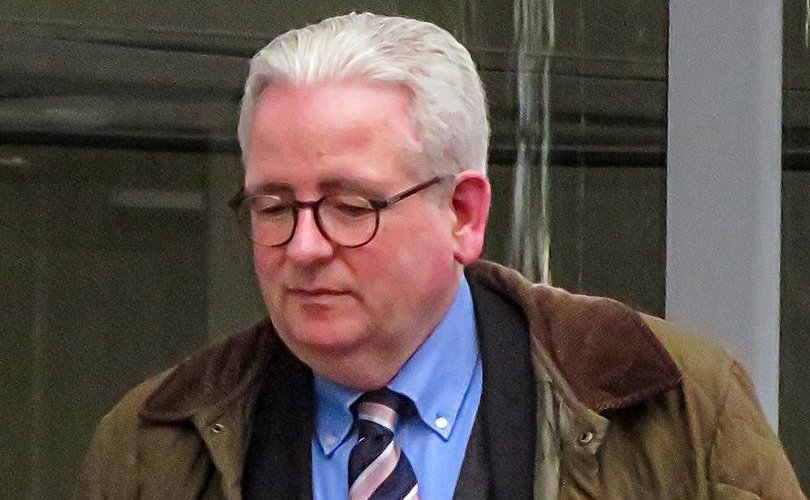 December 18, 2020 (LifeSiteNews) – Father Joseph Quigley of the Archdiocese of Birmingham, England was convicted this week of sexual activity with a child, sexual assault, false imprisonment (he liked to lock children in a crypt) and cruelty. One case against him dated from the 1990s, another concerned his actions between 2006 and 2008.

The Archdiocese, headed until 2009 by Vincent Nichols, now the Cardinal Archbishop of Westminster, and since then by Archbishop Bernard Longley, failed to report Quigley to the police when they learned of one set of his crimes in 2008. Instead, they flew him to the United States for “rehabilitation” in a specialist clinic and subsequently allowed him to return to work in the U.K.

After that, he was supposedly under “restrictions,” but managed somehow to celebrate Mass at a school in 2009, and he was commissioned by the Archdiocese to carry out a school inspection in 2011.

What were they thinking? Well, as a matter of fact, Quigley supposedly had considerable expertise in education. If he had been diagnosed as a “a sexual sadist and voyeur,” what did that matter? Let me quote the report in the U.K.’s liberal Catholic weekly, The Tablet.

At the time that the first allegations against Quigley were made in 2008, he was both director of education for the Birmingham archdiocese and national adviser on religious education for the Catholic Education Service (CES), of which Archbishop Nichols was chair. …

For years Quigley had been a much-respected expert on Catholic education. In 2001 he produced Birmingham’s sex education manual, All That I Am, in which he recommended children of nine should be taught about sex. This led him to be consulted by the authors of a Department of Health study on sexuality. In it he was quoted as saying for children, sexual “maturation is taking place earlier. We don’t want to leave children hostage to society. If we talk about sexuality as a gift, clearly we want to introduce them to that at an appropriate level.”

The All That I Am book was a trailblazer in bringing sex education into Catholic schools 20 years ago. What sort of a person wants to “introduce” children to sexuality at age nine? The question answers itself. And yet now we have state-mandated sex education directed at even younger children, and the Bishops of England and Wales, fresh from adopting into approved lesson-plans materials copied and pasted from radical homosexual campaigning groups, remain in deep denial about the problem.

It is interesting, with hindsight, to see Quigley defending All That I Am against criticisms made in the pages of the magazine of the UK Faith Movement in 2007: Father Ian Fleming, responding to Quigley, reiterates his initial complaints that the program failed to set out coherently a Catholic attitude to sexuality, introduced “natural family planning” as if it was another form of contraception, and dismissed the issue of homosexuality with a warning against the use of scriptural “proof texts” and a bowdlerized quotation from the Catechism of the Catholic Church.

It is perhaps inevitable that the Bishops of England and Wales should seek secular solutions to the clerical sex-abuse issue when pressed by secular powers. Considering monsters like Quigley, it is easy to accept the narrative that the abuse of clerical authority is one part of the problem, and a tendency of bishops to forgive the foibles of their clergy out of clericalism, another. Perhaps, some are quick to suggest, Catholic theology and the discipline of clerical celibacy contribute to the problem.

This, however, is wrong. Quigley’s career of sexual abuse mirrors that of many in the secular worlds of entertainment, sports, and education. Like many abusers, he exploited a position of influence and trust. The language and ideas that he used to facilitate and cloak his abuse were drawn from fashionable psychology promoting a “liberated” approach to sexuality among children. This is not a problem of Catholic values going rogue in institutions, such as schools, which should be safely in secular hands. This is a problem of some very dark secular ideas invading the Church’s personnel and institutions.

Quigley was at the center of the Church’s capitulation to the secular sex education agenda in England and Wales, and this suited him just fine. Nothing could be better camouflage for grooming children than an approach to education that consists in breaking down their natural sexual reserve, because breaking down children’s natural reserve is what grooming is.

Nothing, again, could have suited him better, when asked to explain himself to successive Archbishops, than this same language of liberation. I expect he suggested that parental concerns were overblown and outdated in modern times, and that they needed to be more relaxed about their children having sexual experiences. It would be surprising if not, because that is the line the bishops typically take when defending their own sex education policies.

— Article continues below Petition —
SIGN: Join petition calling for a stop to COVID vaccine testing in Europe
Show Petition Text
16578 have signed the petition.
Let's get to 17500!
Thank you for signing this petition!
Add your signature:
Show Petition Text