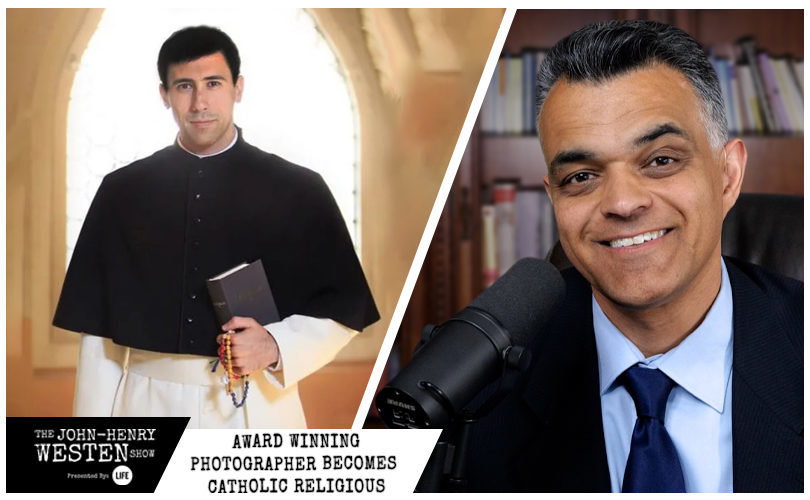 June 1, 2021 (LifeSiteNews) — If you needed a sign that God is still in control of His Church, have I got the story for you. In this powerful episode of The John-Henry Westen Show, I interview Canon Elvir Tabaković. Though today he is on his way to becoming a Catholic priest, Canon Elvir was actually an internationally-known, award winning photographer who got paid to travel the world. All before turning 25! Why did he give up his jet-setting life and follow Christ?

Born in Croatia in 1986, Canon Elvir was raised in a mixed Catholic-Muslim family. His father, a Muslim, didn’t know his mother had him baptized as an infant. Religion was “kind of taboo” in his family, he told me. But his mother and Grandmother raised him Catholic. At the age of 9, he wanted to become a priest.

When he turned 12-years-old, he completely left the faith. He said he began listening to punk rock music and got involved with computers and communist ideas. He believed that modern science proved religion was “primitive.” When he went with his classmates on a trip to Rome at age 15, he didn’t want to step inside St. Peter’s Basilica because he “really hated the church.”

Canon Elvir eventually got into photography so he could improve the websites he was working on. After high school, he began working professionally with many high-end clients, including the biggest car magazine in Croatia. He soon found himself being sent across the world — Spain, Germany, Latin America — to take photographs and write about his experiences. In one year alone, he traveled more than 85,000 miles. “It was the fulfillment of my dream,” he told me.

As he entered his mid-20s, he said he “realized there must be something more.” “I didn’t have tragedies in my life…but my heart was empty…I was very curious to see if the spiritual world really exists.”

God indeed showed Canon Elvir that the “spiritual world” does exist. Thanks to several “demonic” encounters, Canon Elvir said he began to realize that God was real. His mother, he said, had been praying like St. Monica did when she was praying for St. Augustine. In December of 2011, after visiting Međugorje — which he admits is controversial — he became “a new man.”

“God gave me the perspective of eternal life so I could see this life is, in the face of eternity, so insignificant to attach ourselves to anything which is passing.” Only God can fulfill your heart, he told me.

Canon Elvir started attending mass every day and praying the rosary. He went to confession regularly and attended retreats, asking God to show him what to do.

“I asked Him to reveal to me His will…and He just made it very clear…not a voice, but a thought, ‘I created you to become a priest,’ and that was it…I didn’t need any time to think about it…I called my mother and said ‘Jesus has called me to be a priest, I’m going to a monastery.’”

Canon Elvir now attends school at the Angelicum in Rome. He still takes photographs but does so to glorify the beauty that God has created. “I am just using a talent God gave me…In the end I am a useless servant.” “Everything earthly is passing, it just goes away very quickly.”

His advice for young people is that they should not be afraid. “Our Lord has conquered the world. Mary is so mighty Satan can't even pronounce her name…just follow what Our Lord told us, and you’ll be fine…don’t care so much about what other people think because they can’t save you. Only God can save you.”