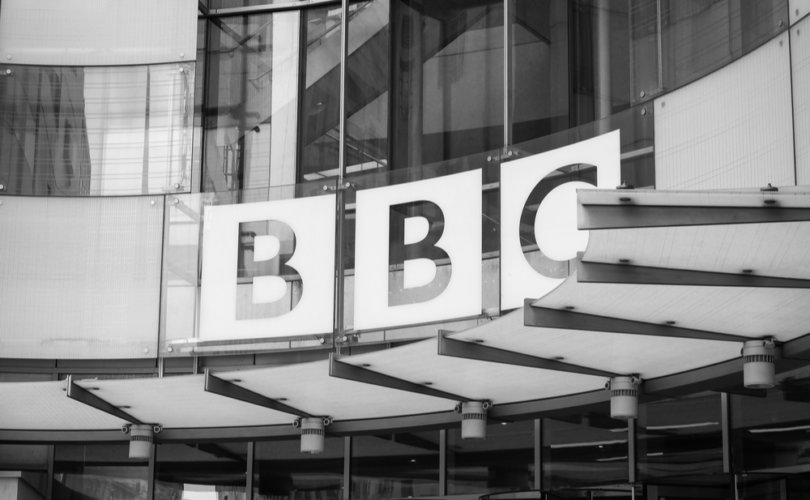 (LifeSiteNews) — The BBC has just released its list of 100 “most inspiring and influential” women of the year. Because it is 2021, that list includes two men — or, as the Daily Mail put it, “at least two trans women.” For those having a hard time keeping up, a “transgender woman” is a man who identifies as a woman, and may or may not have gotten various body bits cut off or sewed on to “pass” as the other sex.

This is apparently not new — the BBC has included men on their list of women a number of times since the annual tradition began in 2013, and the Mail noted vaguely that “it is said a transgender activist who identifies as non-binary was listed in 2019.” With people choosing new identities with increasing frequency, it is apparently difficult to keep up.

The BBC list isn’t the only example of the media’s attempt to suck up to the LGBT movement. For the first time ever, Dictionary.com chose for its 2021 “Word of the Year” a term that was added to the dictionary in … 2021. The company took pains to point this out because the word they chose this year was “allyship.” (If you’re the sort of person who is surprised by the fact that a dictionary is going woke, you may not have been paying attention this year.)

Presumably, those making this choice hoped to ingratiate themselves to the LGBT overlords currently running the culture. They defined allyship as “the status or role of a person who advocates and actively works for the inclusion of a marginalized or politicized group in all areas of society, not as a member of that group but in solidarity with its struggle and point of view and under its leadership.”

Like us, you can almost hear the fine folks at Dictionary.com mutter to themselves quietly, chuffed at the cleverness of their move.

According to Dictionary.com, “allyship” was selected because of its usage with relation to LGBTQetc. People, as well as with regard to supporters of Black Lives Matter. Incredibly, they added that allyship also referred to “parents working and handling child care during the pandemic.” Which means what, exactly? That parents are allies to their children because they have to care for them?

Allyship is a word, they noted gravely, that “acts as a powerful prism through which to view the defining events and experiences of 2021.” Other potential choices for “Word of the Year” were, unsurprisingly, “critical race theory” and “vaccine.”

Hilariously, the word most searched for at the same time as “allyship” was “performative.” Without a trace of irony, Dictionary.com informed its readers that “performative allyship” was when someone was merely “playing the part” of an ally rather than being an actual ally, which consists of doing and saying precisely as you are told by radical activists with a political agenda.

All of this to say that if you want some good examples of “performative allyship,” do take a moment to check out BBC’s 2021 list of inspiring and influential women — and nod extra vigorously when you come across the men. Those guys are there for a reason — not only to assist in the continued ramming of the Overton Window by mainstream media outlets, but to assure the trans movement that the BBC has, in fact, picked a side.

As for the women who got bumped from the list to make room for their unconvincing dude doppelgangers? Tough luck. Perhaps they can seek solace in “allyship,” which just happens to be 2021’s Word of the Year.