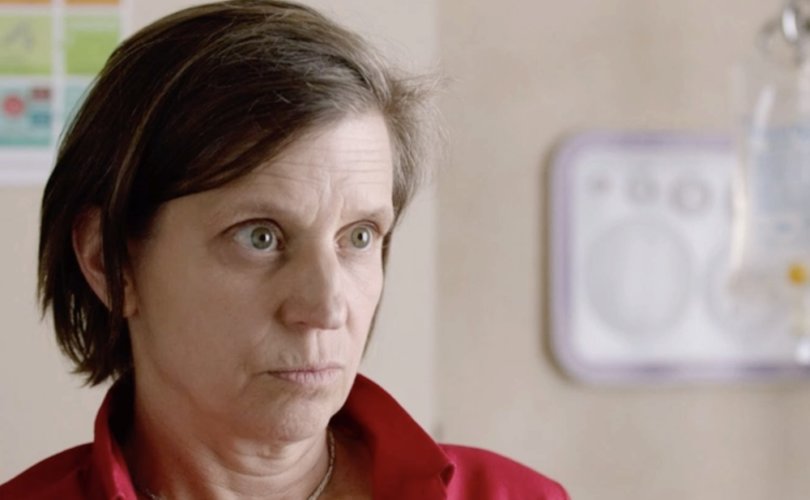 August 14, 2019 (LifeSiteNews) – As the American abortion wars heat up on all sides — red states passing laws protecting life at earlier and earlier stages and blue states passing laws permitting the destruction of pre-born children in the womb at later and later stages — abortion has become a critical election issue. President Donald Trump and an array of other Republicans are targeting late-term abortion and describing the gruesome procedure in increasingly frank terms (“ripping the baby out of the womb of the mother”), while the Democratic presidential contenders are attempting to simultaneously support abortion until birth while declining to discuss what that means.

It is this ongoing battle that brought BBC reporter Hilary Andersson to the United States, and she crisscrossed America interviewing both pro-lifers and abortion activists for a July 22 thirty minute report titled America’s Abortion War. To her credit, Andersson was obviously attempting to be as fair as possible—she confronted politicians on whether they would prevent abortion in the case of rape, but also interviewed a pro-life activist who had adopted a girl with multiple health issues who had been conceived in rape, giving these “exceptions” a human face.

But one exchange in the mini-doc was so revealing I’m genuinely surprised that it didn’t end up on the cutting room floor: A conversation between Andersson and late-term abortionist LeRoy Carhart. Andersson visited him in his Maryland abortion clinic (which, bizarrely, has a copy of the serenity prayer hanging on the wall), and asked him precisely what he thought constituted the “health of the mother” in regard to the abortions he provided. Carhart has been doing abortions for thirty years and now looks like an aging, corpulent Dorian Gray. He casually revealed just how easy-going he was about the justifications for late-term abortion, noting that there are all kinds of health to be concerned with, including financial and social health. He refused to say how late he would perform abortions.

Carhart then stunned her into silence, stating dismissively: “To the fetus, it makes no difference if it's born or not born.” Andersson was visibly stunned, but Carhart was unapologetic: “The baby has no input in this as far as I’m concerned.”

Andersson gave him a chance to backtrack: “It’s interesting you use the word baby, because most abortionists won’t use that—they’ll use the word fetus, because they don’t want to acknowledge…”

But Carhart was clearly disinterested in attempting to sugar-coat his bloody work. “I think that it is a baby, and I use [the word] with patients,” he interrupted.

Andersson’s eyes were wide at this point. “And you don’t have a problem…with…killing a baby?” she asked, almost hesitantly.

Carhart was unequivocal: “I have no problem if it's in the mother’s uterus.”

In the next scene, Carhart is showing Andersson his abortion tools, drawers filled with large stainless steel forceps, big enough to extract large babies from the wombs of their mothers after he’s killed them with a lethal injection.

“These are the forceps to grasp part of the fetus and to crush it and bring out,” he explained, with more than a trace of professional pride.

Earlier, Andersson had done an interview with Mississippi Governor Phil Bryant, who had dismissed her tough questions on banning abortion by highlighting the barbarism of the procedure, especially the head-crushing and the dismembering. She hesitantly brought it up with Carhart, speaking as if she almost didn’t want to know the answer. If she wanted any comfort for her pro-choice convictions, however, the Maryland abortionist wasn’t going to be giving her any.

“You’ve got to remember that this baby has been dead for 48 hours,” he said with a grin. He shrugged. “It’s not like we’re crushing a living skull.”

And that was that. The BBC had sent a journalist to America to discover what the debate was all about, and LeRoy Carhart was willing to be up front about it: Babies being executed in the womb by lethal injection, their skulls getting crushed, and then their tiny corpses being ripped from the womb of their mothers, piece by bloody piece. President Donald Trump may have a complicated relationship with hyperbole and accuracy, but on abortion, he’s absolutely right—and one of America’s most notorious abortionists confirms every word.