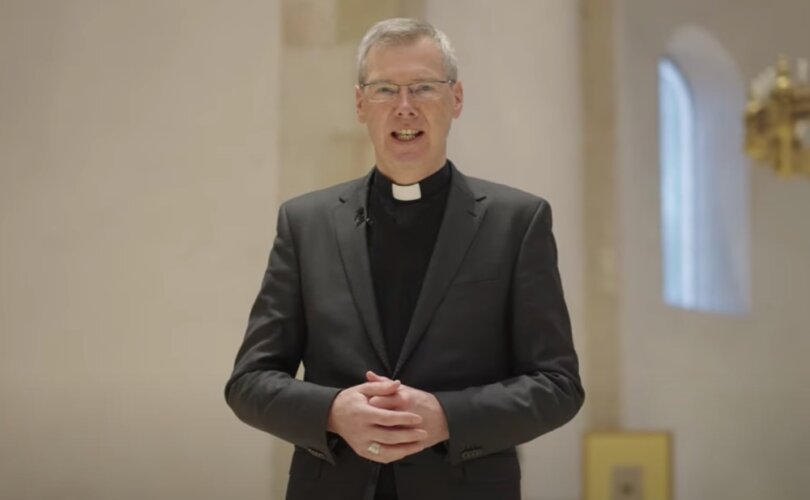 (LifeSiteNews) — At the end of 2022, an Italian blog revealed that a progressivist German bishop supportive of the German Synodal Path, Heiner Wilmer, might become the new head of the Dicastery for the Doctrine of the Faith. But then the appointment did not take place.

LifeSite was able to confirm, based on different sources, that Bishop Wilmer was, indeed, considered by Pope Francis as the future head of Doctrine, but that there have been several cardinals who intervened with the Vatican not to do so. Some of the names of these cardinals are known to LifeSite, but due to their wish to remain anonymous will not be disclosed.

LifeSite also learned that the appointment of Wilmer might have been merely delayed, due to Pope Benedict’s then-impending death. “I fear for a good reason,” said one senior Vatican source to LifeSite, “that Wilmer has been stopped merely intermittently, due to the impending death of Benedict, but that one will soon appoint him, after the path is freed.”

The source continued by saying that “one can certainly say publicly, based on the best source, that this takes place against the will of the deceased [Pope Benedict] who was shocked about the heterodoxy of the candidate and who saw such a prefect as a betrayal of his heritage.”

Another high-ranking source in Rome revealed to LifeSite that the cardinals tried to argue with Pope Francis that such an appointment would damage his own reputation.

Our colleague Giuseppe Nardi, of Katholisches.info in Germany, had also reported that among the cardinals who intervened was Cardinal Gerhard Müller, a fact that we can confirm based on our own sources.

In an as yet unreleased interview with LifeSite’s John-Henry Westen and Jim Hale, the former Prefect of the Congregation for the Doctrine of the Faith declared Wilmer to hold “heretical ideas.”

— Article continues below Petition —
Tell Pope Francis that Fr. Frank Pavone's laicization must be overturned
Show Petition Text
46153 have signed the petition.
Let's get to 50000!
Thank you for signing this petition!
Add your signature:
Show Petition Text

Bishop Wilmer, SCJ, of Hildesheim, Germany, is one of the strong supporters of the controversial German Synodal Path. He voted for the Synodal Path’s controversial, even revolutionary, September 2022 document for the reform of the Church’s teaching on sexuality. When it did not receive the necessary two-thirds majority of bishops’ votes, Wilmer regretted that it failed. He stated: “It cannot be that people are hurt or discriminated against by Church teaching. This is not in the spirit of Jesus Christ.” Wilmer, who speaks fluent Italian and is, according to Katholisch.de, the website of the German bishops, well-connected in Rome, is also a supporter of female ordination and the end of celibacy.

In October 2022, the 61-year-old Wilmer had a private audience with Pope Francis, during which he was able to discuss the German Synodal Path with the Pontiff. The German priest had been made a bishop by the Pope in 2018 and is the former Superior General of the Congregation of the Priests of the Sacred Heart.

READ: German bishop criticizes Catholics for being ‘fixated only on the Eucharist’

In that same year, Wilmer caused a stir by claiming in light of the abuse crisis that “abuse of power is in the DNA of the Church,” adding that “we have to say goodbye” to the claim that “the Church in herself is pure and immaculate.” In April 2020, during the COVID-related lockdowns of churches in the world, Wilmer condemned Catholic faithful who are “fixated only on the Eucharist.”

There also exist rumors that Cardinal Reinhard Marx is behind the push to get Bishop Wilmer chosen as new head of Doctrine in Rome. Marx is still sitting on Pope Francis’ Council of Cardinals, counseling him on essential questions of the Church. Unfortunately, it was Pope Benedict himself who made Reinhard Marx the Archbishop of Munich in 2008, and then a cardinal in 2010.

As one source told LifeSite, one never knows what Pope Francis will finally decide now that Pope Benedict has died and been buried. But, the source added, “the danger was real” that Wilmer would be appointed.

As LifeSite stated before, should Pope Francis go through with this appointment, the mask will be removed and the whole world will see that he is, and always has been, a supporter of the heretical German Synodal Path. Even the fact that Wilmer has been seriously considered by the Pope speaks volumes in itself.